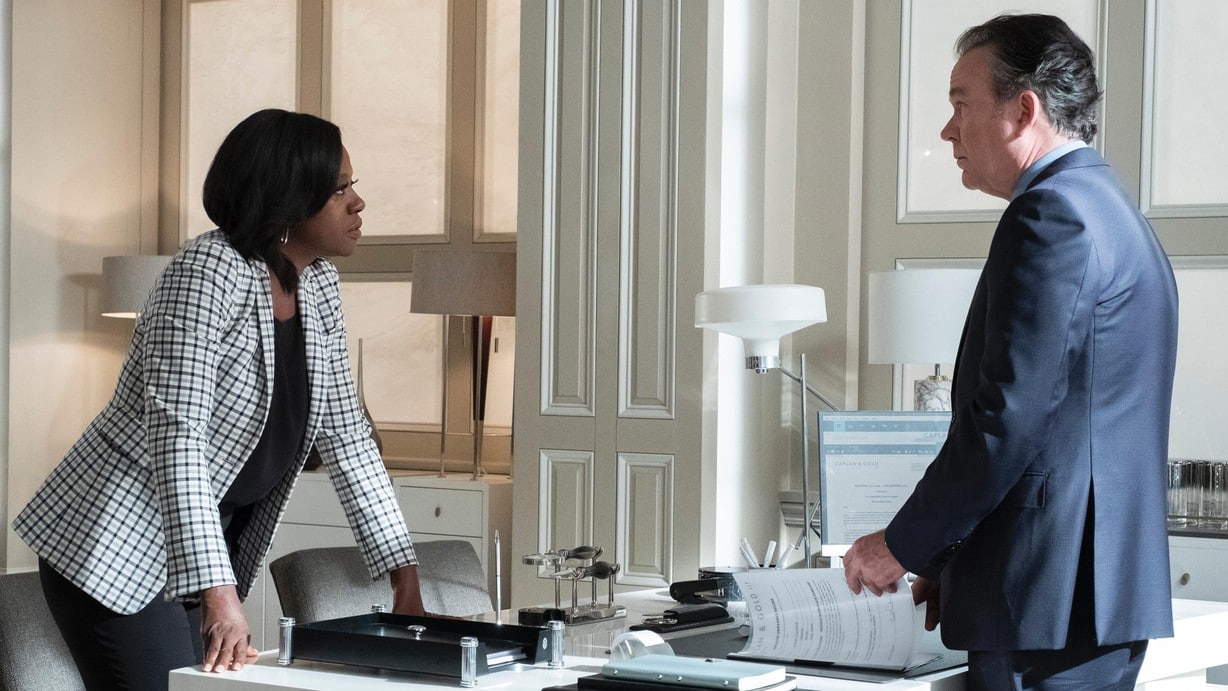 At the risk of overstating the obvious, HTGAWM is all about how to cover your tracks when you’ve committed a crime. It’s right there in the title. Almost everyone on the show has done one or more horrible things over the years, but between Annalise’s epic legal skills, incompetent law enforcement, blatant dishonesty, and sheer luck, no one seems to get caught. They just move on to the next crisis, bury the next body, tell the next set of lies, and keep moving forward.

But what about the guilt? Even if you’re able to avoid prosecution, how do you sleep at night? Don’t get me wrong—I’m not arguing that people should or shouldn’t feel bad about, or beat themselves up for, the things they’ve done. We’ll leave that discussion for another time. But we can’t deny the fact that, whether we should or shouldn’t, most of us do feel guilty for the bad things we do. And the more heinous the action is, the worse we feel about it.

“Be the Martyr” shows us how the two people directly responsible for Miller’s death are handling its emotional and psychological effects, and neither of them are doing very well. Nate’s using one of the most common weapons in the battle against guilt—denial. He’s heard the voice mail, so he knows there’s an innocent, logical explanation for why Miller used the pay phone. But he can’t let himself believe that. He has to believe that Miller was working with the Governor to order the hit on Nate Sr. and that the phone call was merely to create a cover story. Because that would make Miller the real murderer, which would mean that he deserved to die and that Nate’s actions were justified.

So Nate’s on a crusade to prove just that. And, if you’re familiar with HTGAWM at all, you know there’s a really good chance that Nate’s right. But if he’s not, then Nate will have to learn to live with the fact that he killed an innocent man. And that can’t be easy.

Bonnie, on the other hand, has already accepted that fact, and it’s heartbreaking to watch. Bonnie’s done some really awful things over the years, and this isn’t even her first homicide. So it’s possible that the sheer weight of her collective sins, coupled with the trauma of abuse that she’s lived with her entire life, have finally caught up with her and pushed her to the point of not wanting to live anymore. She’s had to endure so much, and so it’s understandable that she would finally reach her breaking point.

But there’s more than guilt at play here. All Bonnie’s ever known is pain, rejection, and loss. Yes, some of that pain has been self-inflicted, but that’s irrelevant. She’s never been truly happy. But then she met someone who was willing to accept her and love her and share his life with her, and, for a brief moment, it looked like she might be able to turn the corner and put her tragic past behind her. In her mind, Miller may have been her one shot at happiness.

And now he’s gone. She killed him. And she did it because she was too quick to believe that he was actually a good person, because why would a good person have anything to do with someone like her? So the love of her life turns out to be a murderer, which is tragic enough.

But then she hears that voice mail and realizes that Miller may have been innocent after all. Which would mean that she’s literally killed her chance at a relationship with someone who actually loves her. And that’s just too much to handle. She doesn’t want to go on after that.

Fortunately, Frank is there to save her life and to help her through this crisis. We saw the beginning of their relationship (for lack of a better way to describe it) a couple of weeks ago, and I still say they’re meant to be together. Frank’s past is very similar to Bonnie’s, and they’re both desperate for someone to love and to love them in return. Plus, they’re both really good at covering up crimes, which is something I always look for in a relationship. It’s an underrated skill.