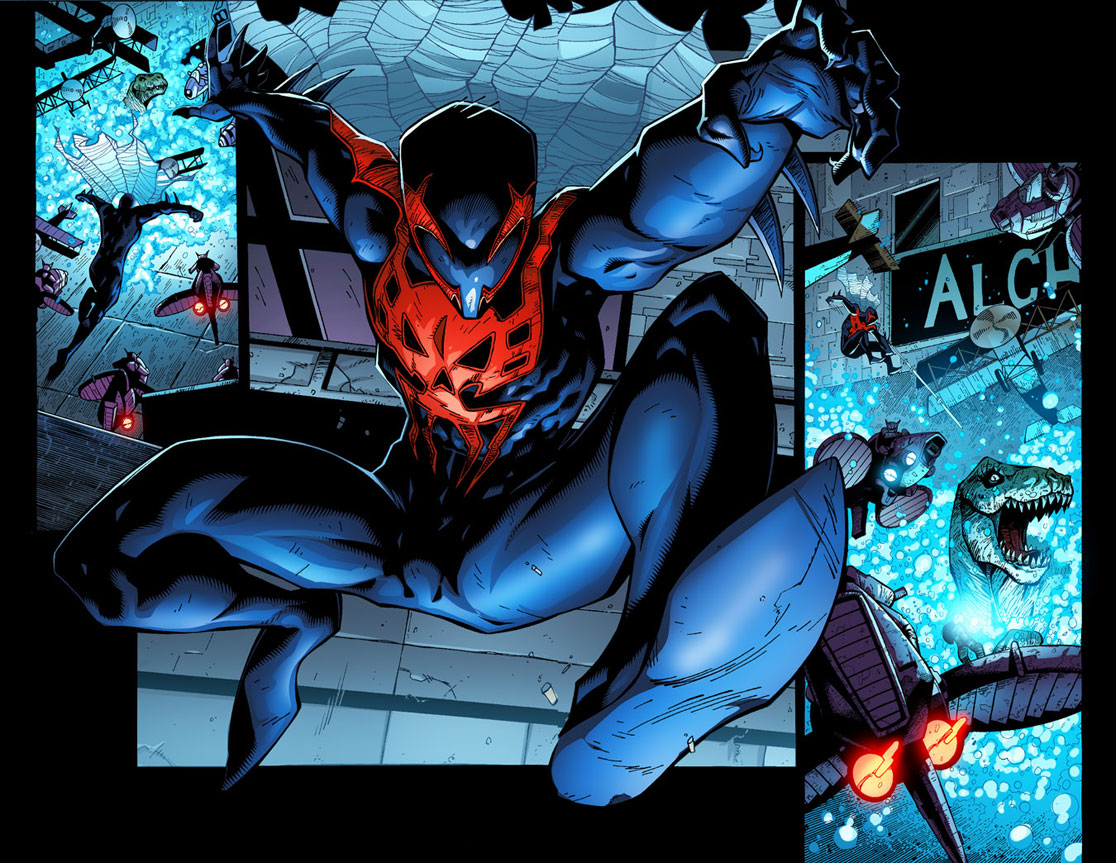 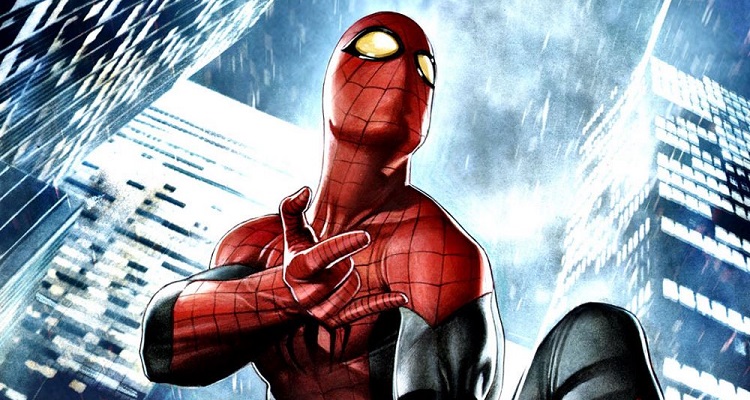 Spider-Man is easily one of the most prominent characters in Marvel and comics history. Period. He’s been a staple in the comics world since 1962 when he first appeared in the anthology comic book Amazing Fantasy #15. From nerdy high school kid to freelance photographer to body swapping with one of his archenemies to even becoming an actual spider, Spider-Man’s been through it all. (There’s a few other weird ones that we don’t like to remember, like radioactive sperm? RIP Mary Jane)

Spider-Man has been re-imagined in every possible area of media and rebooted more times than any other superhero. While Spider-Man has definitely been through the ringer and then recast through that same ringer, it’s important to realize that there’s been multiple versions of the Peter Parker we’ve come to know over and over again.

Marvel and DC are both huge fans of alternate universes and gift us with some pretty outlandish versions of our favorite heroes. From zombies to total annihilation, there hasn’t really been a Spider-Man we haven’t seen yet, but today we’re going to highlight the Top Spider-Man Versions You Should Know. 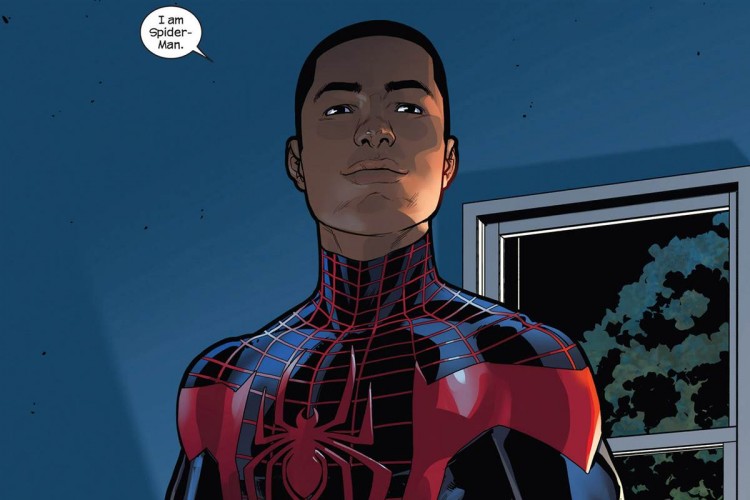 The current Spider-Man in the ‘Ultimate Universe’, which is a universe completely separate from the “normal” marvel universe, Miles Morales swings from building to building as our favorite hero. An Oscorp scientist tries to recreate the same formula that gave Peter Parker his powers, when a man name Prowler breaks in and steals the formula. However, things go awry when one of the spider test subjects sneaks into his bag and bites his nephew, you guessed it, Miles Morales. The spider bestows Miles with the quintessential Spider powers, plus a few bonus powers like camouflage. Miles is overwhelmed and tries to hide his powers from everyone (A fairly normal reaction from the average elementary school student), but steps up to the plate when the Peter Parker of his universe is killed. Miles struggles at first, but eventually gets into the swing of things, and dons his now iconic costume. 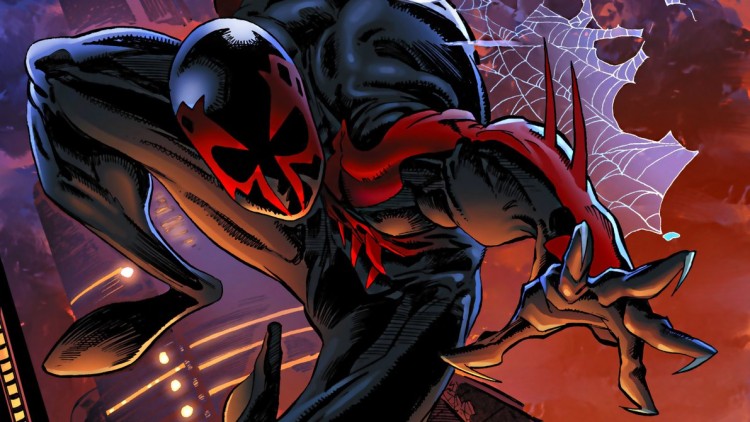 Spider-Man 2099 is Spider-Man from the year, wait for it, 2099! His alter-ego is Miguel O’Hara, an ingenious geneticist living in New York City, who is attempting to recreate the abilities of Spider-Man. Miguel works for the Alchemax company, a company attempting to create super soldiers called “corporate raiders.” But once a human test subject dies, Miguel tries to quit Alchemax and is tricked into taking Rapture, a drug that bonds to the users DNA. Miguel tries to rewrite his genetic code back to normal with a machine, but a jealous co-worker sabotages the machine and makes his DNA 50% and thus, Spider-Man 2099 is born! Miguel’s costume is a fun and interesting take on the costume, with the mask coming from his Day Of The Dead costume, and it’s made with a fabric that doesn’t rip when his talons come out (he has talons for some reason). His powers are nearly identical to Peter’s minus the Spidey Sense and add on some red eyes, talons, and venom glands. 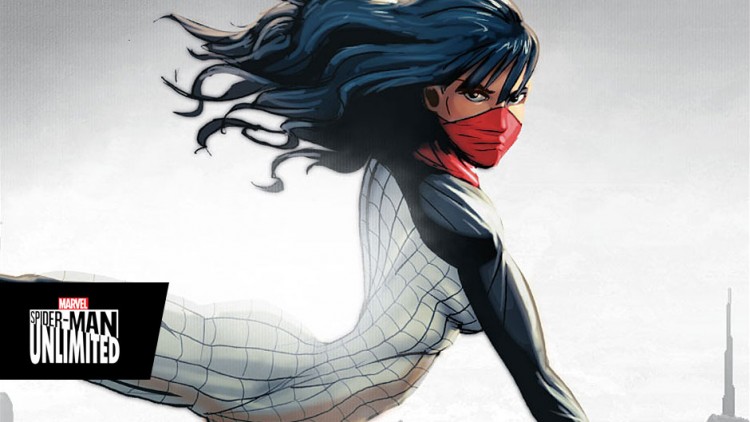 Silk is actually the second person to be bit by the exact same spider that bit Peter Parker. That’s right! Seconds after Peter was bitten by the radioactive Spider that gave him his powers, the same spider went after a girl four feet away from him, and her name was Cindy Moon. Eventually Cindy is taken and trained by a character named Ezekiel, who is helping her and the other spiders stay safe from the mysterious group called “The Inheritors.” Peter soon discovers her existence and breaks her out of the facility where she’s held, and after a few blows and some uncontrollable urges, Cindy is out in the world and on the hunt for self discovery and her family. 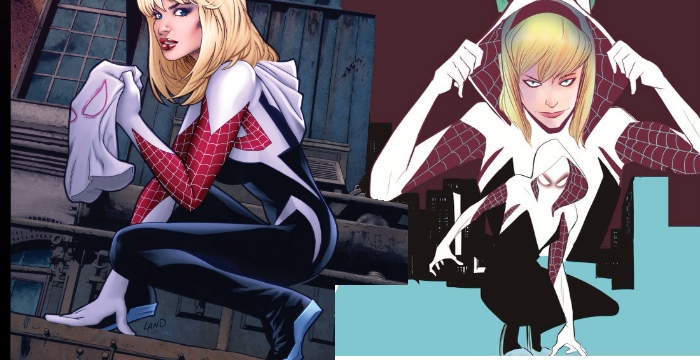 Fan favorite girlfriend of Peter Parker, Gwen Stacy, takes on a suit of her own as Spider Gwen! Peter accidentally killed her, and she’s made various reappearances in the canon universe as a clone or a vision, but she’s back in an alternate universe and this time, as a Spider-Woman. Introduced in Edge Of The Spiderverse, Gwen exists in an alternate universe where she’s the one who was bit by the spider instead of Peter. She makes her own costume and sets off to fight crime, while Peter Parker takes a different route and injects himself with chemicals and becomes The Lizard. They end up brawling and Peter dies due to the compounds in the chemical he used to become ‘The Lizard’. Gwen is ostracized and blamed for his death, but she still goes out and kicks butt and saves the city. Oh, and did I mention she’s in a punk band? Yeah, The Mary Janes. 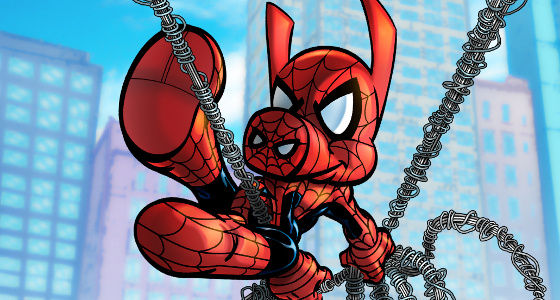 Oh yes, Spider Ham. He’s real. Peter Porker was a lowly spider who lived in the basement of May Porker, a scientist who created the “world’s first atomic hairdryer.” In a flurry of scenes, Peter is struck with radiation and becomes an anthropomorphic swine who retains the proportional strength and abilties of a spider. The character is a hilarious time, and frequently paired up with other hero parodies like Captain Ameri-cat and his nemesis Duck-tor Doom.

Andrey is a recent Pace graduate and a writer, photographer, comedian, and easily excitable human being. Pop culture obsessed, book obsessed, and geek culture obsessed. He likes to write about these things and occasionally make some sketches or other video content about them too. If you ever want to watch a grown man squeal and talk nonsense for hours, mention either Harry Potter or any comic book related things. He's big into a good ole Netflix binge fest, and will 100% have seen that show you're talking about and if he hasn't, give him a day.

‘Metal Gear Solid V: The Phantom Pain’ Is Stunning – but Is It Sexist?

My Love-Hate Relationship with ‘The Sims 4’