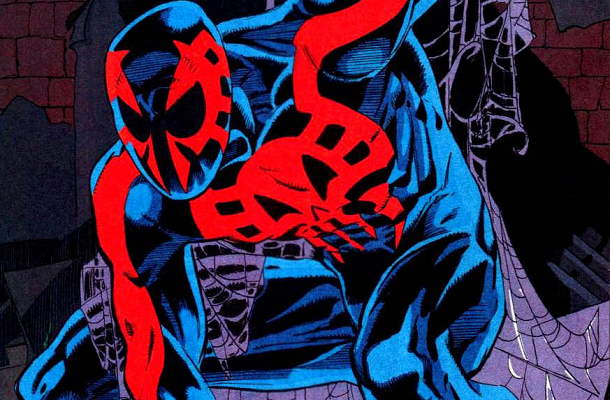 So many Spider-Men, so little time…
Spider-Man is without a doubt one of the most instantly recognizable comic book characters of all time. However, in the 50 years since his debut in 1962, Spider-Man’s appearance and origin has been reinvented, and re-imagined over and over again. In many instances, Spider-Man hasn’t even been Peter Parker at all! Get ready web-heads, as we take a look at some of Spider-Man’s most interesting iterations ever. 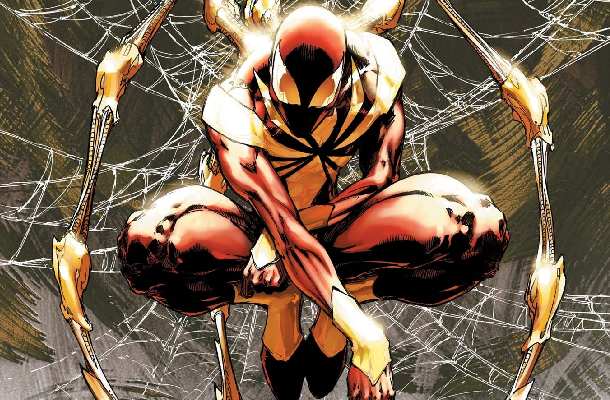 This distinct, red and gold armor was built by Tony Stark a.k.a. Iron Man for Peter Parker to use during the start of Marvel’s Civil War event. Like Tony Stark’s armor it utilizes a combination of durable materials, as well as high-tech gadgetry to protect Spider-Man and enhance his abilities.

Notable features include three mechanical spider arms equipped with cameras, the ability to temporarily glide, partial invisibility, on board GPS and the ability to turn into liquid metal – allowing Peter Parker to suit up instantly. Via a direct neural link to Peter’s brain, the armor also enables ultra-violet and infra-red vision, as well as an increased sense of hearing. The Iron Spider armor is defiantly the most high-tech suit ever worn by Spider-Man. This four-issue comic is a retelling of the classic Spider-Man story where New York is switched out for Mumbai. It follows the story of a young Indian boy named Pavitr Prabhakar who moves to the big city to attend a new school. However, after being chased and tormented by a gang of bullies, he is granted spider-like powers by an ancient sage and is tasked to foil the plans of local crime lord Nalin Oberoi, who wishes to summon an army of demons.

Although Pavitr Prabhakar’s powers are the same as his American counterpart, Spider-Man: India is still a charming twist on a familiar tale that is worth checking out. 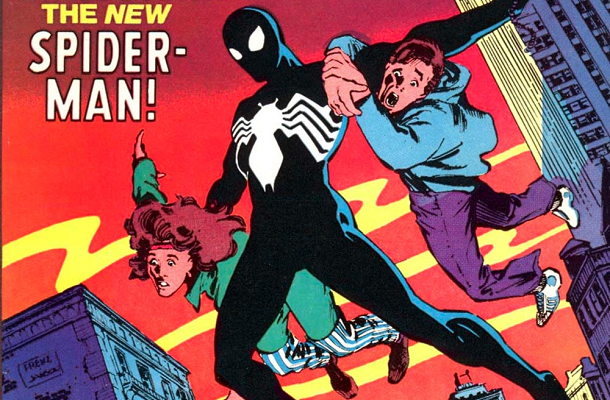 Also known as the Symbiote Suit and Venom Suit, Spider-Man’s black suit is by far the most recognizable of all his costumes, aside from his traditional red and blue suit. Peter Parker first acquires it from an alien machine after tearing his original suit while fighting foes on another planet. The machine however, is in fact an alien prison and gives Parker a black, symbiotic ooze.

For a time, Parker uses the black suit with great success. He gains  increased strength and stamina, as well as the ability to produce his own organic web as opposed to using web-shooters. Of course, Parker eventually realizes the symbiote is trying to take over his whole body, and ditches it in favor of his former suit. The ooze would eventually return as popular Spider-Man enemy Venom. 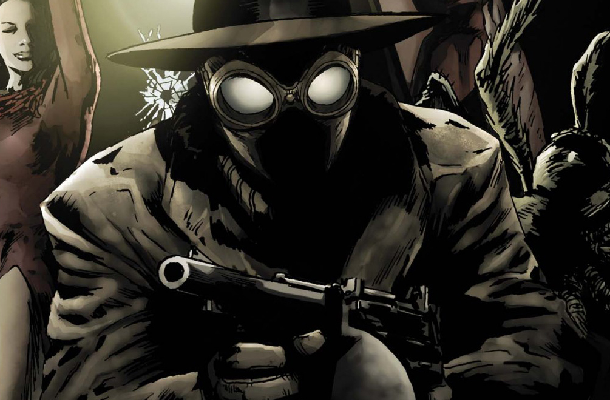 Spider-Man was one of a host of Marvel characters that was re-imagined for the pulpy “Marvel Noir” series of comic books. Set in 1933, this version of Peter Parker is bitten by a foreign spider hiding in an antique spider god statue. During a hallucination brought on by the bite, the spider god appears before Peter and grants him spider-like powers. It is with these powers that Peter Parker plans to get revenge on mob boss, The Goblin for murdering his Uncle Ben.

Spider-Man Noir’s powers differ slightly from the “conventional” Spider-man, in the way that he is no longer able to climb walls or shoot webs in order to swing. Instead, he is able to spray web directly from his hands which he uses to create nets to aid him in his travels, and to capture enemies. This Peter Parker also carries a gun, but to find out whether he uses it, you’ll have to read Spider-Man Noir for yourself. 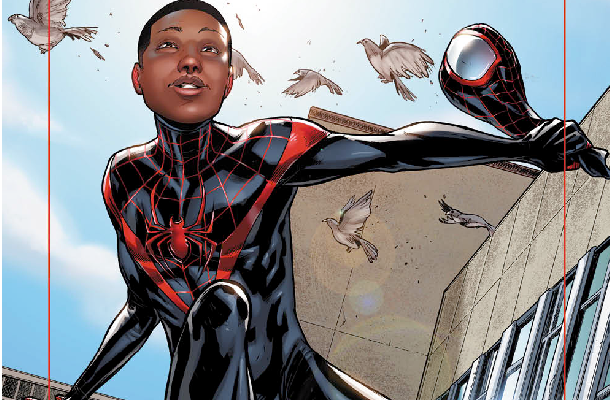 Appearing in Marvel’s alternate “Ultimate” universe, Miles Morales is a young boy who is accidentally bitten by a genetically engineered spider, and gains spider-like abilities. Sound familiar? The mutant spider was in fact created by Norman Osborn in an attempt to give himself the same powers Peter Parker had before being killed in an explosion.

Miles has several powers that Peter Parker did not have, including the ability to turn invisible and also, paralyze and electrocute people by touching them. Unfortunately for Miles, his new abilities came at a time when mutants are exiled and sent to camps, and therefore must keep his amazing powers from everyone, even his own family.

In the early nineties, Marvel re-imagined many of their popular characters in a similar fashion to “Marvel Noir”; except this time the year was 2099 and the setting was a dystopian America. Miguel O’Hara is a highly intelligent young geneticist who is attempting to isolate the genetic cause of the now dead Spider-Man. After being tricked into taking a deadly drug that bonds to his DNA, Miguel uses a laboratory device to overwrite his DNA with a copy he had previously made. However, a jealous colleague sabotages the machine, overwriting half of Miguel’s DNA with that of a spider.

Miguel’s powers are almost identical to that of Peter Parker, with a few exceptions. Spider-Man 2099 is able to heal deep wounds quickly, inject enemies with a paralytic venom, and the classic“spidey-sense” has been replaced with telescopic vision and enhanced hearing.

Of all the men to take up the name “Spider-Man”, Ben Reilly is by far the most controversial. Appearing in the convoluted and now infamous “Clone Saga” of the 90’s, Ben Reilly was a clone of Spider-Man created by the Jackal to defeat Peter Parker. Due to having the exact same memories, neither Parker nor Reilly could determine who was the original one. Parker defeated Reilly, only for him to return five years later as Scarlet Spider.

Reilly and Parker fought crime together for some time before a shocking twist revealed that Peter Parker was in fact the clone all along, and so passed on the title of Spider-Man to Ben Reilly; while Peter started a family with his wife Mary Jane. However, in classic comic book fashion, Reilly died while saving Peter’s life, at which point he disintegrated into dust, proving that Ben Reilly was, and always had been, the clone.

What About the rest of the Spidey-Gang?

This is of course only a small selection of the many versions of Spider-Man that have come and gone over the years. If there’s any that weren’t included in this article that you’d like to give a shout out to, then drop us a comment below!