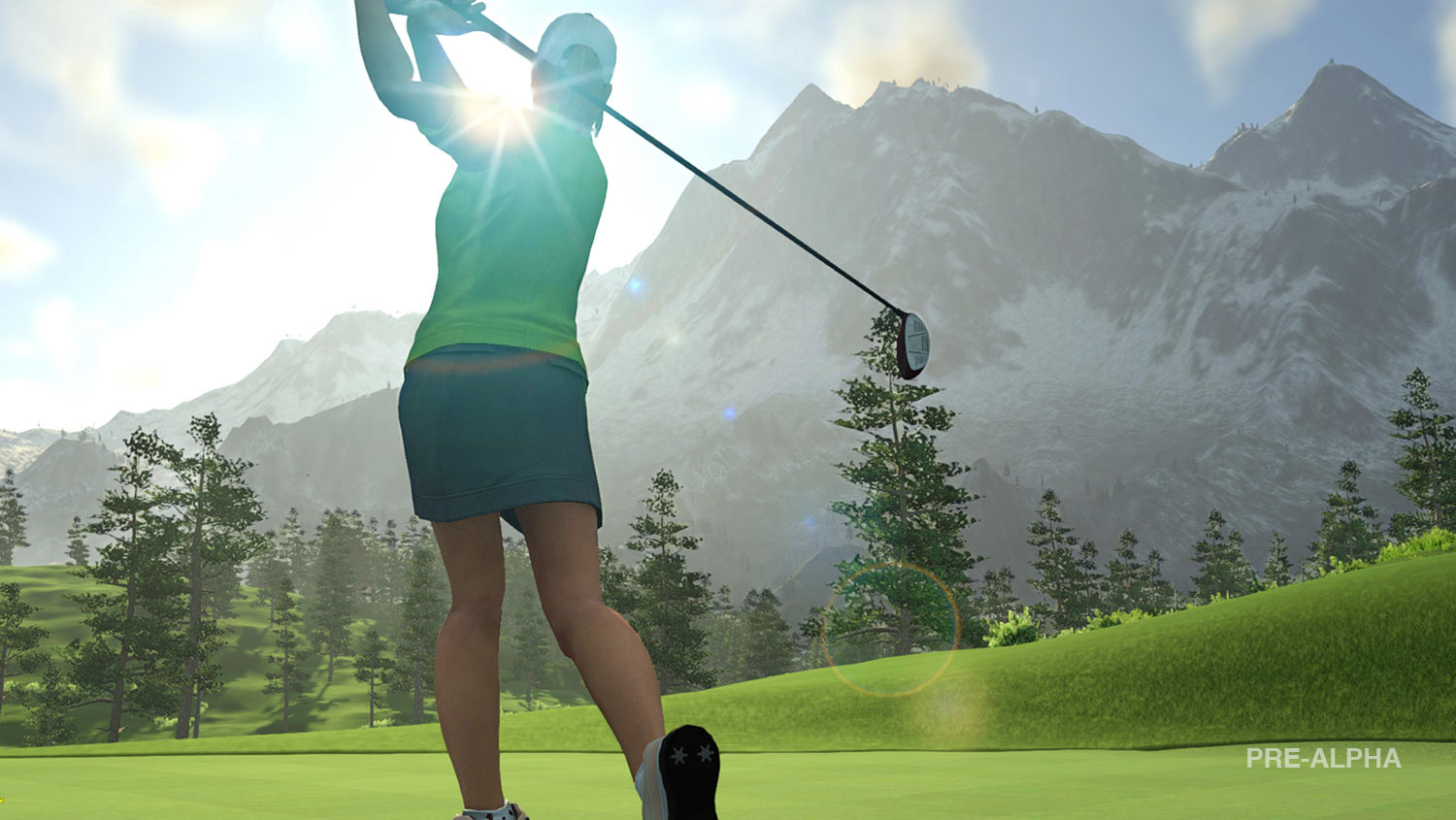 Gamers and golf fans who enjoy video games may have become familiar with the wildly popular 2014 game The Golf Club. It’s packed with features that include the ability to design custom courses and recreate famous real world courses. Now the game’s developers are set to release the second, new and improved version of the game.

While original The Golf Club game had loads of features, the people behind HB Studios have taken it up a notch and added even more features than the original. Users will have more in-depth player customization and be able to be part of a society-play hangout setting where matches can be setup. There will also be access to a full practice area and a bigger set of tools to use in the course designer which is already quite elaborate.

The announcement of a sequel came mid last year with a preview video which revealed stunning graphics. While some features were officially announced then, it is very possible that even more features have been added since and will pleasantly surprise eager buyers when the game enters the market in the next couple of months (the release date is planned during the first quarter of this year).

What is known is that a new swing mechanic will be included and players will thus have more choices. Avid golfers will be able to make the game as hard as possible while also having the option to make it a little more relaxed. HB Studios has confirmed that there will be a career mode that allows players to win prize earnings that can be used to purchase new equipment for their virtual players.

The preview trailer has indicated that there will be a TGC version of the Masters tournament, which may also mean that the game will have its own version of all four of golf’s majors. There will be improved swing animations, providing a more realistic experience. The designers brought in a few real life pros and recorded the motion capture sessions to diversify the animation of various swing styles. The graphics are already exquisite, but now gamers will be able to add waterfalls in course designing.

Perhaps the only thing lacking is a namesake. The game does not have a PGA tour license or the endorsement of a famous player, but who needs that? Golf fanatics would probably like the option to build famous courses or the ability to compete against virtual versions of players such as Tiger Woods and Phil Mickelson. Though playing against the computer isn’t as fun and the virtual community wouldn’t be as diverse. Everybody would want to be Tiger Woods and the latest player to capture the world number one ranking. Regardless, the game is certain to provide as realistic an experience as the original and will be better than any other game on the market aside from the ones that incorporate real life professionals.

Golden Tee Live is enjoyed by both those who do and don’t play golf in real life and The Golf Club is a very similar type of video game but with slightly more realistic graphics and more features you don’t get with arcade video games. If you appreciate a fun sports video game or have an interest in the game, you will want to pick this one up. As far as video games go, The Golf Club 2 promises to be one of, if not the very best, golf video games of 2017 and will be available on Xbox, PlayStation 4, and Windows PC.

Ben Affleck Confirms He Will Not Direct ‘The Batman’

February Movie Preview: Where Have All the Rom-Coms Gone?