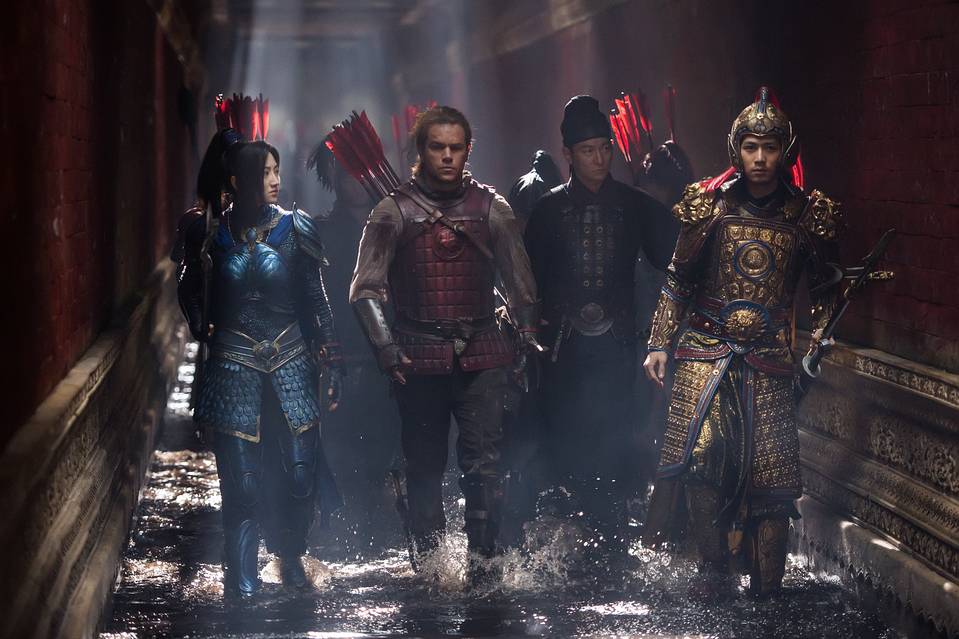 February 3rd– Rings, The Space Between Us

Hey remember that creepy movie from 2002, The Ring. Well they made another one. Actually, this is the third in the franchise. Rings has more of the same scares that made the original, based on a Japanese story, so popular. The films feature a cursed videotape that kills the viewer seven days later. That image of the creepy girl crawling out of the television has become quite iconic.

What happens when a person born on Mars visits Earth for the first time? That’s the premise for The Space Between Us. Asa Butterfield plays that boy, who risks his health in order to see what Earth and people are really like. He teams up with a teenager (Britt Robertson) to try to find his father.

It’s a common approach for sequels of popular movies to go “darker” or more violent than their predecessors. But I don’t think that’s what they mean with 50 Shades Darker. But I guess that would actually fit with the …adult themes… present in this franchise. The original, 50 Shades of Grey, grossed more than $500 million. So the sequel is likely to make some money on Valentine’s Day weekend. The plot has Christian and Anastasia attempting a more traditional relationship. But the title says “Darker!”

Speaking of darker, Keanu Reeves returns as the title character in John Wick: Chapter 2. The hitman is again forced out of retirement to kill lots of people in extremely violent, but also occasionally creative, ways. The original was a surprise hit critically and commercially. Chapter 2 reunites Reeves with Laurence Fishburne from their days in The Matrix.

While the internet stresses out over why Ben Affleck won’t be directing The Batman, the Caped Crusader’s less serious animated counterpart will be on the big screen. The LEGO Batman Movie has Will Arnett returning to voice Bruce Wayne/Batman, which he played in The LEGO Movie. But this version is much more of a blockhead than Affleck’s character. (That’s a LEGO pun.) No word yet if Martha finds her way into the script. “Why did you say that name!?”

A Cure for Wellness has a mysterious/eerie Shutter Island vibe to it. Dane DeHaan plays a young businessman sent to a “wellness” center to pick up his company’s CEO. But it doesn’t take him long to realize that something is up. Leaving appears to be a difficult endeavor.

It’s Ice Cube vs. Charlie Day in Fist Fight, which puts a twist on the standard schoolyard showdown between bully and geek. This time it involves the teachers. Day’s character gets Ice Cube’s fired. So Cube looks to even the score with some after-school fisticuffs. Tracy Morgan and Christina Hendricks also star.

Matt Damon’s latest action vehicle, The Great Wall has been fairly controversial since it was announced with a white American actor leading a predominantly Chinese film. Finally hitting theaters, it’s time to see if crowds will overlook that for the epic visuals and larger than life story directed by Zhang Yimou (Hero, House of Flying Daggers). Words like epic and ambitious are thrown around a lot with this movie. I prefer the scientific term, cool. This movie just looks cool.

Felicity Jones and Nicholas Hoult are hot commodities in 2017 with their work in Rogue One and X-Men respectively. But this movie, Collide was actually filmed way back in 2014. So it’s been sitting on the shelf for a while. The plot has Hoult’s American character getting involved with European drug smugglers and car chases and the like. Anthony Hopkins is also in there as the bad guy, who kidnapped his girlfriend (Jones).

Jordan Peele of Key & Peele fame wrote and directed Get Out. But the laughs the funnyman is associated with don’t seem to be the focus of this one. Instead it’s a horror film where a young mixed-race couple (Daniel Kaluuya and Allison Williams) travel out to the country to visit the woman’s family. The whole situation turns strange as it is revealed that this particular suburb has a history of black men vanishing. On the surface Get Out looks like a smart horror film with a commentary on race not too far underneath.

Animation has a long tradition of anthropomorphic animals living like humans. Rock Dog is one such story. A dog goes on a wild ride in an attempt to become a musician. Among the voice cast are Luke Wilson, Eddie Izzard, and JK Simmons.

So the romantic entries are few and far between on this list of February movies. But there are quite a few titles that have me interested. I’ve been looking forward to The Great Wall. It looks like one of those rare movies that will wow audiences visually. Then my second choice has got to be The LEGO Batman Movie. I’ve laughed during every commercial and trailer I’ve seen. Plus The LEGO Movie was a lot of fun. So I’m in for the spin-off.