Home Entertainment The iTunes $0.99 Movie of the Week: ‘Our Kind of Traitor’
Entertainment 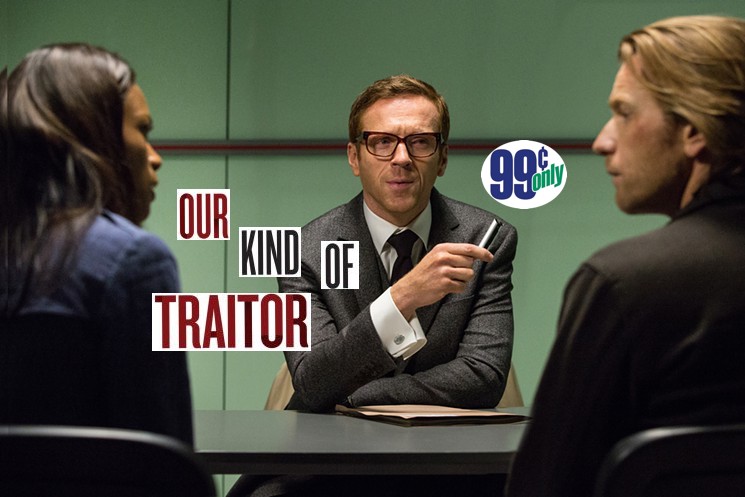 This week, Ewan McGregor stumbles into the world of international espionage in Our Kind of Traitor.

What Am I Doing Here?

While on holiday in Marrakech, a troubled British couple (McGregor and Naomie Harris) makes friends with a charming Russian (Stellan Skarsgård). Just so happens that this Russian is connected. Russian Mafia connected. When the husband carries out a seemingly menial task on their new friend’s behalf, the couple finds themselves at the center of an international investigation. One that may cost them more than they’re willing to give. And so begins the silly, uninspired spy game that is Our Kind of Traitor.

I Wish I’d Known That at the Time

‘Silly’ and ‘uninspired’ are not words one usually equates with the work of John le Carré. The author has spent the past 50 years providing the world with top-notch espionage fiction. His work has spawned some of the best spy films of the 20th Century. Not the kind where super spies beat up bad guys and blow up airplanes or submarines (a la Bond or Bourne). But the kind where real world intelligence agents quietly – with little to no recognition – put their lives on the line to stop real bad guys from doing real bad guy things. Like selling secrets to the highest bidder or laundering money for Russian gangsters. Not taking over the world with some sort of doomsday device. See the difference? Good. ‘Cause that’s the kind of film Our Kind of Traitor wants to be.

It isn’t. Though the pieces are in place for a story like that. On paper Our Kind of Traitor fits snugly in the world of le Carré’s overall output. There’s twists and double crosses. There’s shifty Russians and steadfast British agents. His good guys sometimes do questionable things. His bad guys sometimes do honorable things. Subtext is vital. And happy endings don’t really exist. In print – those elements make for an exciting read from a gifted writer. But Our Kind of Traitor never ventures far beyond excitement. Even staunch fans of le Carré’s work will admit that Our Kind of Traitor is far from the author’s best. It’s also one of his least nuanced efforts. On the big screen, those intriguing elements just make for a muddled mess.

Hossein Amini is largely to blame for that. Amini has made a career of adapting challenging novels (Drive, The Two Faces of January, The Wings of the Dove), but the gifted scribe stumbles mightily in his effort to build a compelling screenplay from Our Kind of Traitor. Every line of dialogue sounds forced. His characters feel trite. Scenes feel like scenes. The human drama that should drive the story never takes hold. And stakes are never as high as they should be. From its murky opening to its flaccid finale, Our Kind of Traitor plays like a globe-trotting tale of international intrigue without the intrigue.

Still, it seems unfair to lay the blame squarely at Amini’s feet. He receives little help from Susanna White, who directs every prosaic moment with heavy-handed tactlessness. White’s direction paces the story into oblivion. At under two hours, Our Kind of Traitor often feels like three. And White pulls zero energy from the film’s gifted cast, leaving an emotional cavity in place of genuine thought or feeling – though Damian Lewis manages to at least keep things interesting. With each passing moment her film becomes less and less engaging. Then it putters to a close with a final moment that feigns drama, but means nothing.

The tragedy of tragedies is that White wastes the stunning work of DP Anthony Dod Mantle along the way. I’d half recommend you watch Our Kind of Traitor with the sound off just so you can get a look at Mantle’s breathtaking photography. But even that feels like a waste of your time. And that’s just what Our Kind of Traitor is. 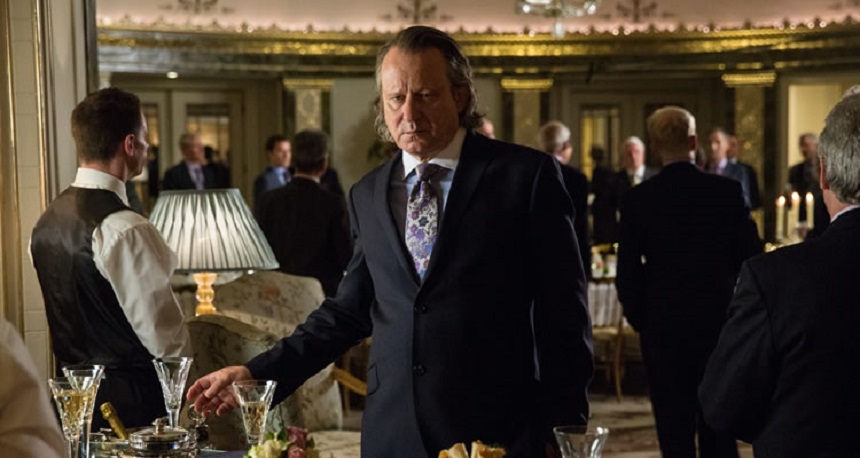 Look, you really won’t see many films that are better looking than Our Kind of Traitor. But there’s little else to like about Susanna White’s wanna-be spy game. The plot is ridiculous. The acting is at best sub par. And the entire film sinks under the weight of poor direction. Save your dollar this week. Or better yet, take that dollar and spend it on a John le Carré adaptation that’s worth your time and money. Like A Most Wanted Man (2014). Or Tinker, Tailor, Soldier, Spy (2011). Or The Constant Gardener (2005). Maybe even The Tailor of Panama (2001). In all honesty, any le Carré adaptation that isn’t Our Kind of Traitor will do. And they’ll only cost you $3.99.

February Movie Preview: Where Have All the Rom-Coms Gone?

Netflix in February: Everything Coming and Going