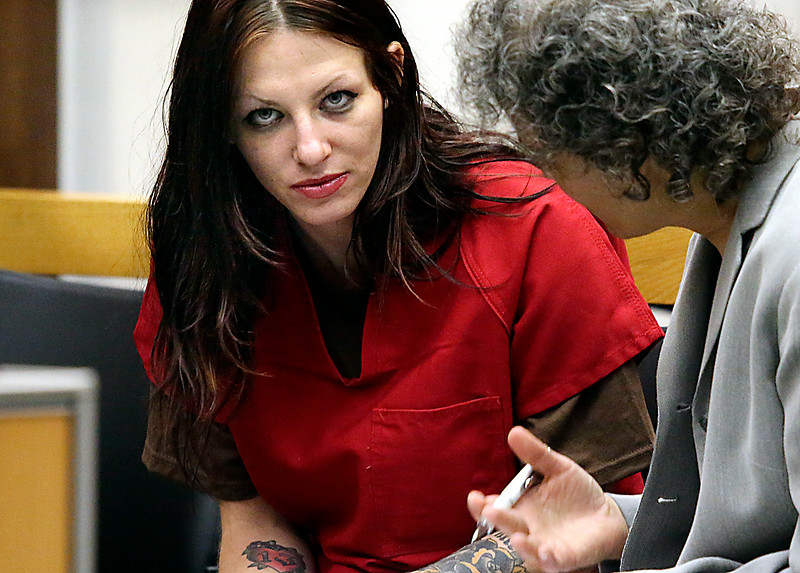 When you live a life of luxury,  absconding away with a companion on a 50 foot yacht might be considered the norm. Unfortunately for Forrest Timothy Hayes, this would be his final escape from the world.

The 51 year old Hayes, is survived by his wife of 17 years, and his 5 kids. He was always held in high regard as a family man, by those who knew him, however, this family man had secrets. Chief among them being his “companion.” The hired call girl who is now being accused of murder, Alix Catherine Tichelman.

The two met via “SeekingArrangement.com.” The 26 year old joined Hayes on his yacht, aptly named “Escape.” There, she injected him with heroin, causing an overdose, and eventually, his death. The security cameras on the yacht caught everything on video, including footage of Ms Tichelman stepping over Mr. Hayes’ body to finish her glass of wine. She did nothing to try to help or resuscitate Mr. Hayes. She collected her things, and closed the blinds, which make it that much more cringe-worthy.

Hayes was found dead the next morning on November 23rd, by the yacht’s  captain, while docked in the Santa Cruz Harbor. Ms. Tichelman has a longstanding history of mental instability, particularly on social media. Her Facebook page (which was taken down sometime Wednesday), was full of posts like: “It’s really nice to talk with someone about killing sprees and murdering people in cold blood …  No judgement. Yay!”

What’s particularly interesting about this story, is that the victim, was a Silicon Valley tech executive. He was previously employed by big tech companies like Apple, Google, and Sun Microsystems, and was involved high profile projects while at Google X, including Google Glass. The accused also happens to be the daughter of a Sacramento area Tech CEO. Coincidence? Probably, but it does make you wonder about whether or not foul play may have played a part in this story.

The resonating theme here, is that things aren’t always sunny and chipper in Silicon Valley. To many, myself included, Silicon Valley stands for innovation and the prospect of a better tomorrow through the many advances that are born there. It is a symbol of hope and, many of our young and brightest have their eyes set on being a part of Silicon Valley. If this is where it will lead them, it then becomes a pretty mortifying prospect to nurture a career there.

This story is a somber reminder that even in areas where the future looks bright, stress and pressure can lead to poor decision making. In this case, getting away from the day to day, mixing drugs, and corporeal temptations, proved fatal. This is obviously a problem that isn’t isolated to Silicon Valley, but the effects are felt much more, when senior leadership is involved. There have to be better ways to cope with the stress of Silicon Valley. This responsibility should fall on the shoulders of those large corporations, which these individuals work for.

Tichelman was caught by police after being lured to a high-end hotel. She was promised $1,000 for sexual services. Comparing her to the footage found on the yacht, sealed her fate. Tichelman now faces mansalughter charges, and is being held at Santa Cruz County with a $1.5 million bail.

First Look at Ian McKellen as Sherlock in “Mr. Holmes”

Sales of Oculus Rift Suspended in China Over Scalper Problem