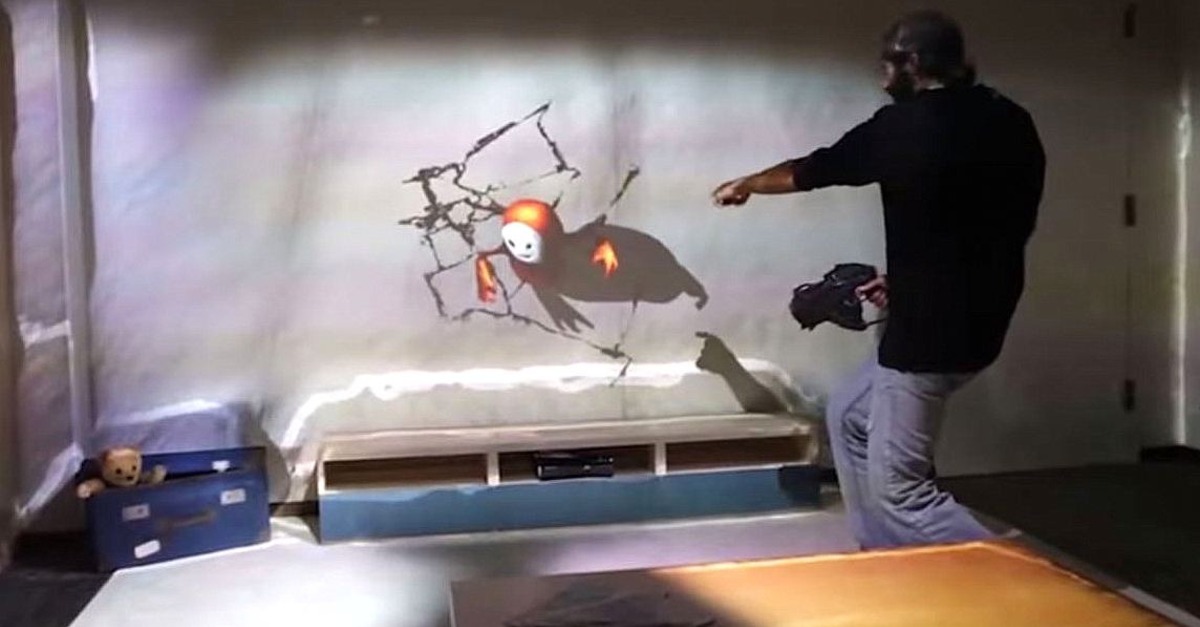 Ever thought that it would be really cool to have a holo deck, just like in Star Trek? One that could simulate and project your wildest dreams, allowing you to do or become anything you wanted? It’s often been thought of as the ultimate virtual reality, and there have even been philosophers who have argued that it would be the end of humanity as we know it, as we would all descend into our own little hedonistic paradises.

So definitely on the top of the “Super Cool” list of things to have.

Well, you can’t have one.

No, really. They don’t exist.

Microsoft’s RoomAlive is the next best thing, though.

‘RoomAlive’ the Next Holo Deck?

What RoomAlive does is it uses a variety of depth cameras and projectors to cover an entire room with projected images, then uses those same cameras to track the positions of anyone who’s in the room and make sense of their positions. While it’s not real, nowhere close, it does allow the RoomAlive to create an interesting illusion, as the technology is capable of projecting both environments and intractable objects. The tech demo demonstrated a couple of these, including the system’s ability to project both augmented environments, changing your living room into a variety of different settings, like holodecks, factories, and even a section of rainforest with procedurally generated rain, and gameplay. The gameplay was a little more interesting, even though only a couple of possible game types were demonstrated.

The first game that they demonstrated was Whack a Mole, which turns out to be exactly what it sounds. Various “moles” are generated at random positions around the room, and players must either run up and literally whack them with their hands or feet, or use a gun like controller to blast them away. Another game that was demonstrated was called Robot Attack, where the player uses a traditional controller to guide a character up walls, across furniture, and, most importantly, away from randomly spawned robots that are out for the player’s blood. The character acts like everything is a horizontal surface, which means that the entire room has basically become a board for this game. The last game demonstrated was called “Traps,” and it called for the player to navigate the room without springing any of the various traps that the system generated. If a player tripped a trap, an elaborate sequence of flying darts would “launch” themselves at the player, who then had to dodge them in real time. If the player failed to do so, a gory animated sequence would occur, signaling the player’s demise.

Needless to say, the technology is rather impressive. Not only can the system coordinate with a number of Kinects (they had to find SOME use for them, right?) and projectors, but it can track any players in the room and interact with them in real time. In the demonstration video there was no noticeable lag time between the players’ actions and the system’s response time. The most important feature, though, is that the system is self calibrating, meaning that the end user doesn’t have to have any sort of technical expertise to get the system up and running. Other than, you know, being able to install 5 or 6 different Kinects/projector pairs on the ceiling of the room in question. That shouldn’t be hard, right?