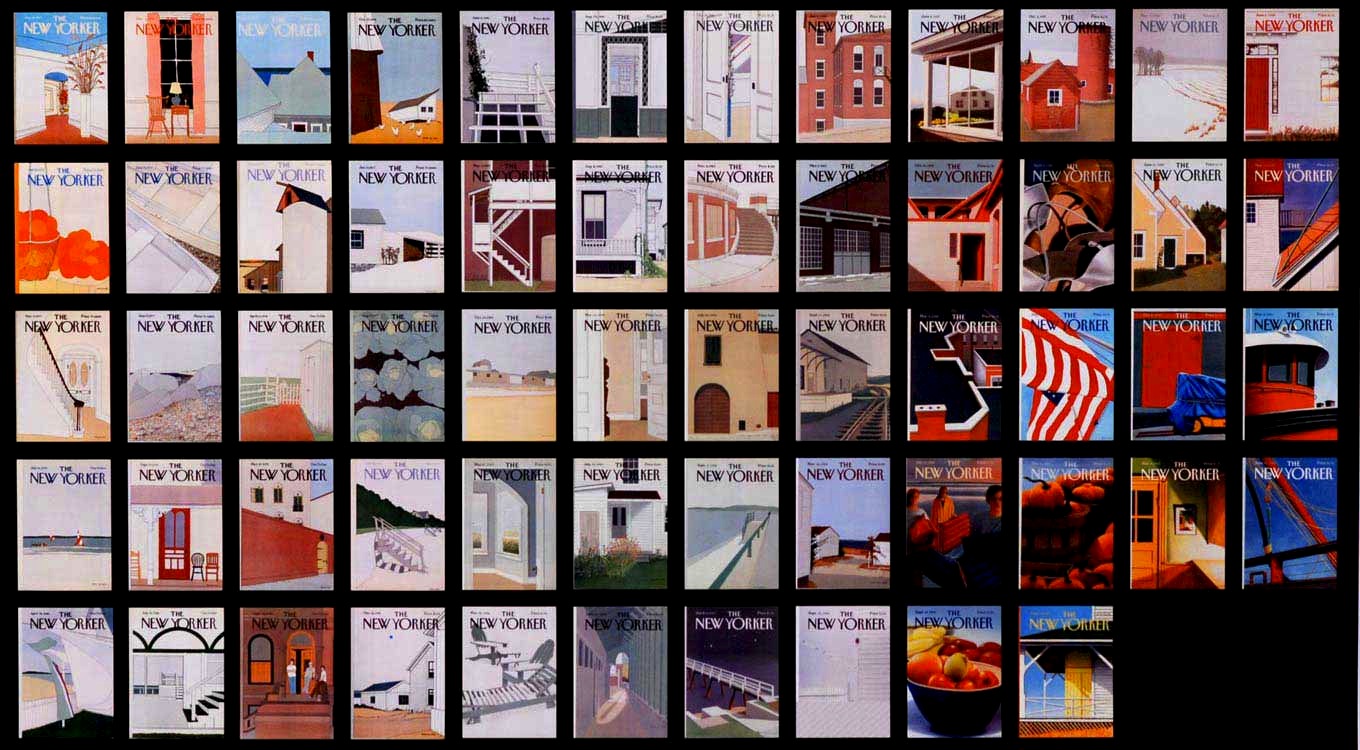 Happy Friday, book lovers! Did you buy and read Chopsticks yet? I certainly hope so! Last week (with much thanks to the G2B2 vote), I managed to convince an old friend of mine to get her own copy of that awesome little book and guess what? She loved it! (Well, actually, she’s quite tormented like I said she’ll be but it got to her so job done! Yay! I feel so evil!) Anyway, today, I bring to you another type of book, which is actually a collection of short stories that were pre-published in my favorite magazine of all time, The New Yorker! Read on to learn more about… 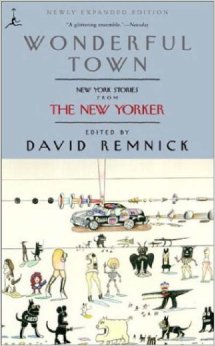 You might not know, but right now, at this very moment in New York and right alongside the New York Comic Con, The 25th annual New Yorker Fesival has kicked off! I really wanted to go, owing to my unhealthy obsession with the magazine, the fact that there’s a panel on writing about memory AND a panel on cats versus dogs, and it being the subject of the junior thesis I’m working on at the moment, but…I couldn’t. Yes, I couldn’t go to the New Yorker Festival so now you have to read about this collection of short stories that were published in The New Yorker at some point in time and was carefully compiled by the then and now editor-in-chief of the magazine, David Remnick.

Wonderful Town is one of the several theme publications from The New Yorker (others include sports stories, life stories, cartoons, a big book of cats, and another big book of dogs). The theme for wonderful Town, is unsurprisingly, the wonderful town of New York itself! Yes, each of the 46 stories that made it to the anthology have one thing in common: they’re all based on New York! And I admit, while at first thought this might seem like a frivolous idea, it is actually an amazingly unique study of the city, its people, and its literary atmosphere.

I’m only about halfway through the book (hence, this is only Part 1 of the full review blog) but I’ve already encountered some iconic authors such as John Cheever, Woody Allen, Jonathan Franzen, and John Updike. Of the many to come are Jamaica Kincaid, J.D. Salinger, Dorothy Parker, Jeffrey Eugenides, and E.B. White, and yet, as Remnick mentions, many had to be left out, too. This brings me to why I find Wonderful Town a worthwhile and captivating read.

First, there’s the whole issue of how one selects stories (or poems or essays, for that matter) for an anthology. Remnick says:

The main criterion for inclusion in Wonderful Town was the quality of endurance. Which of our New York stories seemed to last?

I guess he means that he picked the stories that had not yet lost relevance back when the collection was published in 2000. But so much has happened since – in New York, in the world, and in the publishing business. Has the readership changed? The authors? Are the places and ideas these stories talk about even recognizable anymore? Many of these stories have rich descriptions of bars, and taxis, and cheap hair salons you go to and pretend that it was a much fancier one in SoHo. All of this makes me wonder – are these stories are still as enduring today as they were 14 years ago. And if not, is it time for a new collection? Maybe.

Let’s not even get started on the whole “order” issue. Remnick says there’s some sort of order according to which the stories appear in the book but I, for one, am yet to figure the rhyme and reason behind it. Suffice to say, the stories do not appear in chronological or any sort of alphabetical order whatsoever – driving OCD people like myself insane (haha, get it?).

Then there’s the whole issue of fiction, or more specifically short stories. Why write them? Or read them? Or publish them in a magazine alongside ads and satirical cartoons and movie reviews and catalogues of where to wine and dine this week? I mean, I know they are probably a lot faster to write as well as edit or read. The New Yorker provides a wonderful platform for already famous authors (like Haruki Murakami, for instance) to keep on writing and get their work published in a reputable place, as opposed to a little known literary magazine. I am also aware that some authors write short stories to test the waters before developing them into a full-fledged novel; like Jhumpa Lahiri’s ‘Gogol’ that grew into The Namesake or Amy Tan’s ‘Young Girl’s Wish’ that was developed into The Bonesetter’s Daughter. But is that all? These are the questions that keep me up at night.

Anyway, I’m once again over my word limit so I should take off. Stay tuned for a couple more weeks to see if I can decipher the rest of the book.

Things I liked: the rich selection

Things I disliked: the order, the obscurity of some subjects

Rating: Yet to be decided.

Next G2B2 blog will be on Gone Girl by Gillian Flynn. Should I watch the movie too? Let me know in the comments or tweet to me @AnanyaShr!