Kids Dropping The TV Remote For The iPad 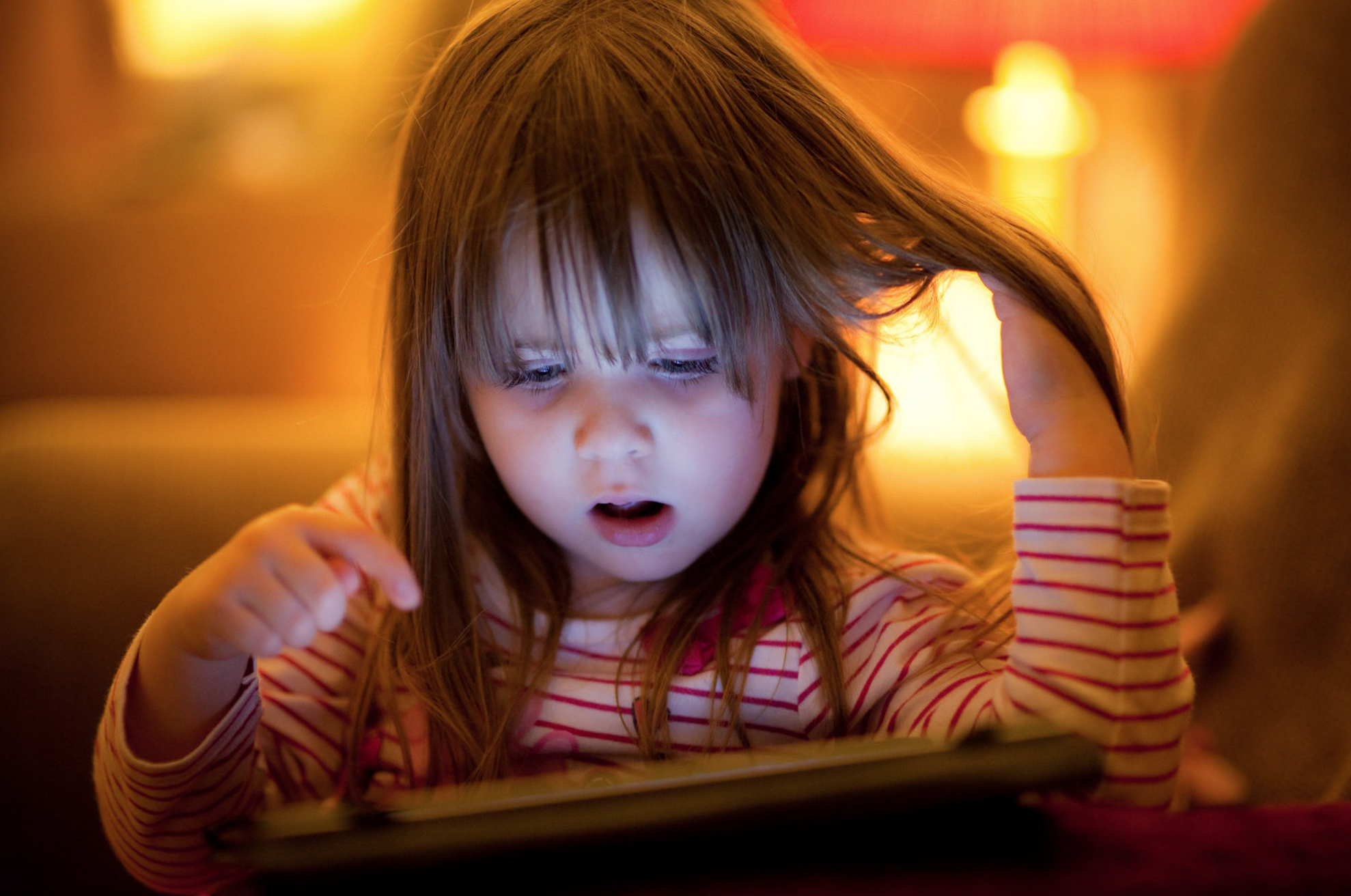 A long, long time ago, in a day when your grandparents road dinosaurs to school but also somehow managed to walk to and from school, in a blizzard, uphill both ways, television was created. People were in a tizzy. Radio would no longer be the main medium of entertainment for children around the world. How would their little, impressionable brains cope?

Once again, the children are on the precipice of change as the iPad and similar tablet devices replace television in the bedroom. Tablet ownership for kids ages five to 15 has doubled since last year while children who have TVs in their bedrooms has fallen by one-third over the past 5 years.

Kids have access to a limitless array of information, games, social media, books and their favorite TV shows all in one small device. The multitasking tween can go from updating her Tumblr to checking on her Jurassic Park hatchlings to catching up with past seasons of Dr. Who on Netflix. It’s a great time to be a kid. Never has the accessibly of information been so simple.

So what are kids mainly using their tablets for? Watching TV. That’s right. Although there has been a drastic change with the number of children who have a TV in their bedrooms, the hours they spend watching TV hasn’t changed all that much but is slightly down by 0.8 hours per week from last year’s numbers.

Kids want access to Netflix and Hulu. While smart TVs and devices like Roku Box make streaming television shows possible, their UIs are less than desirable when compared to the simplicity of touchscreen manipulation, making tablets easier to use by smaller children.

TVs Is Here To Stay

Don’t fret. Televisions are not going to fade away into obscurity. iPads can’t take all the credit for fewer TVs being found in children’s rooms. With larger and more impressive entertainment systems in family living rooms, the need for kids to have their own TV has lessened. Kids are more likely to want their gaming systems hooked up to the family’s 70” LED TV than the small set they’d have in their room.

What About The Children?

Much like the concern over the years about TV ruining the children, iPad use has been scrutinized, but this time the focus is less on the amount of usage and more on what kids are capable of accessing.

Setting up parental controls on a television is pushbutton easy. When it comes to monitoring and controlling a tablet, things get a little tricky, and parents need to step-up their game if they want to make sure their kids are viewing age appropriate material.

What show your kid is watching is no longer the only concern. Now you have to make sure they aren’t ending up on strange websites, kid proof search options, set up time restrictions, watch out for creepos and bullies, and prevent them from going microtransaction crazy, all while ensuring that you give your kid enough freedom so that one day they don’t have a breakthrough with their psychologist, blaming your tyrannical overrule for all their strife.

You can’t click one button that sets up a restriction which limits little Johnny from viewing anything rated M for Mature. There are multiple buttons throughout various apps and settings that need your attention.

There are apps out there, like NetNanny, that will help with these issues, but none are perfect, and you’ll find that you still need to tweak certain options.

The children will be fine.