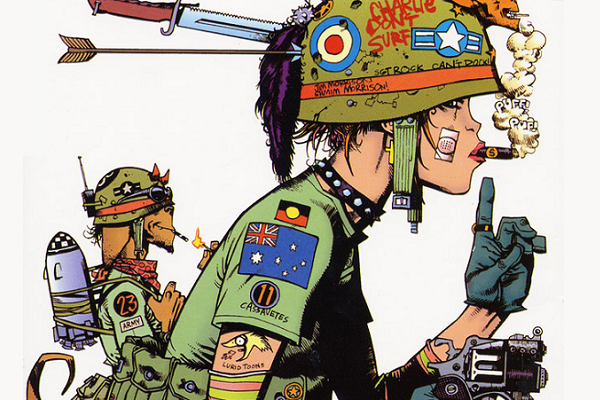 There’s nothing super about these non-super comic book heroes

Be it Superman, Spider-Man, Justice League, The Avengers, or X-Men, you’ll be hard pressed to find any modern geek who isn’t without their favorite super-powered comic book hero. The list certainly doesn’t end there, as the world of comic books offers hundreds of weird and wonderful variations of the archetypical ‘super-hero’, bound only to the limits of a writer’s imagination.

But of course these spandex wearing, cape fluttering, crime fighters aren’t the only heroes to come from the brightly illustrated pages of the humble comic book. Many comic book heroes achieve great heroic feats without the aid of any super-powers at all.

So remember that this is a super-power free zone as we look at a selection of these regular, yet heroic, men and women in Geek Insider’s Non-Super Comic Book Heroes.

Known simply as “Tank Girl” to her friends, enemies and everyone else in between. Rebecca Buck is a tank driving, alcoholic, chain smoking heroine who, if anything else, is just trying to find some fun in a post-apocalyptic Australian outback with her anthropomorphic, mutant kangaroo boyfriend. Tank girls heroic acts include, battling it out with bounty hunters, stealing beer from the rich to give to the poor, and delivering colostomy bags to Australian president Paul Hogan.

Between the copious amounts of sex, violence, drug abuse and out-and-out silliness  it’s often difficult to know which end of the moral compass Tank Girl sits. But at the end of the day, Ms. Buck’s good deeds outweigh her socially unacceptable ones; albeit marginally, to make her one of comics’ truly unique non-super heroines. 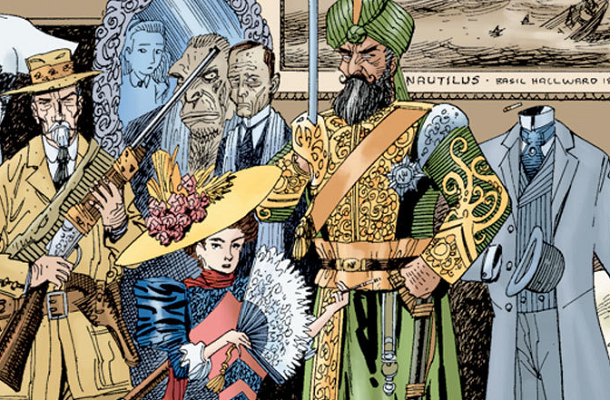 The monstrous Mr. Edward Hyde, Hawley Griffen the Invisible Man, and the forever young Dorian Grey are a few of the many fantastical individuals to make up the British Empire’s League of Extraordinary Gentlemen, in comic mastermind Alan Moore’s twist on the modern super-hero team. Of all fictional characters Moore had plucked from the literary classics, none are more extraordinary than the completely ordinary Captain Nemo; ordinary in terms of super-powers, of which he has none.

A scientific genius capable of great mechanical feats, Captain Nemo lends his 19th century technological prowess to The League in the form of advanced weaponry and the use of his mighty submarine, the Nautilus. Captain Nemo makes it perfectly clear however; that he is not only uninterested in the goals of the British Empire, but in fact bitterly opposes them due to the British conquest of India. Ironically, the enigmatic Nemo befriends fellow League member and British Imperialist Allan Quartermain and confesses his love for adventure above all else.

Continuously teetering between madness and genius, Captain Nemo of The League of Extraordinary Gentlemen is remarkable and truly heroic character that the world of comic books heroes simply could not do without. 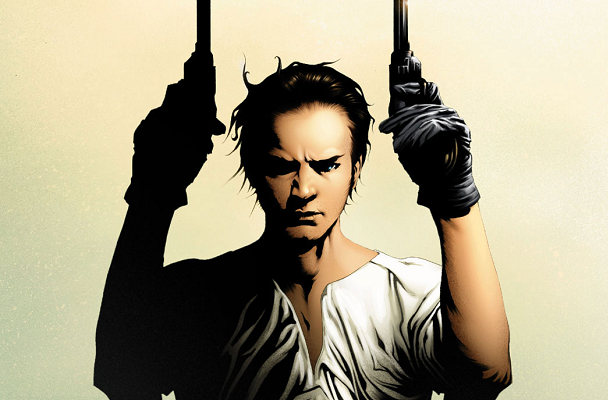 Set in a peculiar, twisted version of our own world, The Dark Tower follows the story of Roland Deschain of Gilead, and his infernal quest to find the mysterious Dark Tower, and save his ever dying world. As the very last of a long line of revolver wielding order of knights known as the “Gunslingers”, it is Roland’s duty to rid the world of the mysterious force that destroys it. A duty that Roland must fulfil despite his greater judgement. Armed with nothing but his trusty guns, a quick mind and a will of steel; Roland must overcome battles against bandits, mutants, demons, homicidal computer A.I. and much more.

This article is of course not referring directly to Stephen King’s novels, but instead Marvel’s fantastic series of comic books that cover key parts of Roland’s journey; as well as expanding on his past and offering new material not found in the books. If the idea of a collaboration between Marvel and King isn’t enough for you, you can take it from us that Roland of Gilead is a not-so-super comic book hero you will never forget. 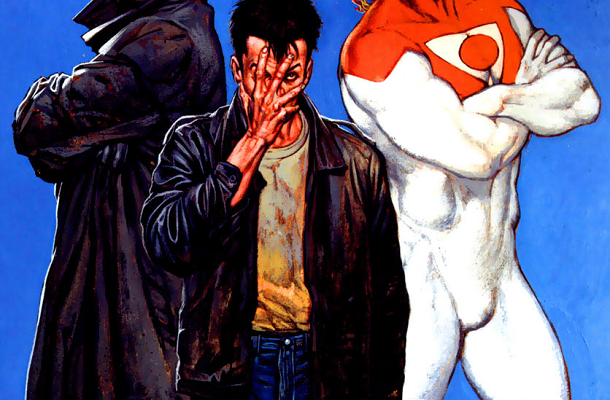 There is absolutely nothing super about former British SAS member Kevin “Kev” Hawkins whatsoever. In fact, his only amazing attribute is his constant fluctuation between extremely good and bad luck.

His first appearance in Wildstorm comics super-hero comic strip The Authority, occurs after being given an assignment by an alien posing as his MI5 boss to assassinate the comic series’ titular super-hero team with an exotic alien weapon. After realizing his mistake, and helping The Authority beat the aliens, Kev becomes a recurring character in the series.

Kev’s escapades include fighting off a hoard of alien zombies, saving a bunch of orphans from government experimentation, and defending his friend’s cannabis plantation from ninjas. Despite his heroism, Kev’s big mouth and homophobic stance often gets him beaten within an inch of his life by his so called super-hero “friends”.

Cleverly written and utterly hilarious, “The Authority: Kev” is a totally bizarre comic story that should be on the shelf of every comic fan the world over. 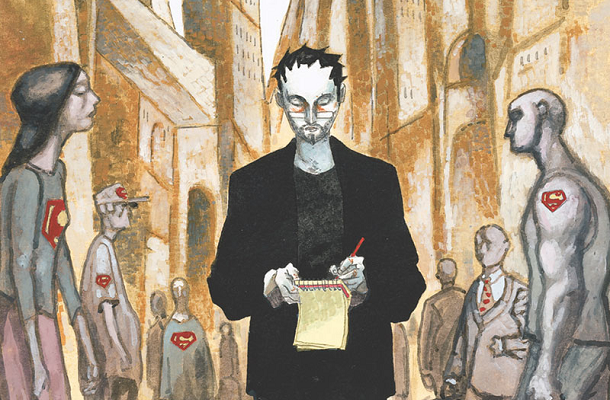 Steven T. Seagle’s autobiographical graphic novel is a touching story of heroism like no other. Based off a real series of events, the books describes Seagle’s difficulty to devise a new and interesting take on Superman for an upcoming series he’s writing for DC. His struggle to come up with a new idea before the deadline is compounded with the his need to accept the presence of Huntington’s disease in his family; a genetic disease he is likely to have himself.

Seagle’s burden is beautifully represented in the book as the reader sees and understands, how it affects not only his life, but the lives of everyone he holds dear. All the while, cleverly comparing the burden with Superman’s own burden of having to constantly watch over and protect the human race.

But it is not so much the weight of Seagle’s burden that makes him a non-super hero, instead it is the way he deals with it, and the eventual conclusion he comes to. A book about relationships, emotions and humanity; “Its a Bird” ironically shows what it means to be a true “super-hero”.