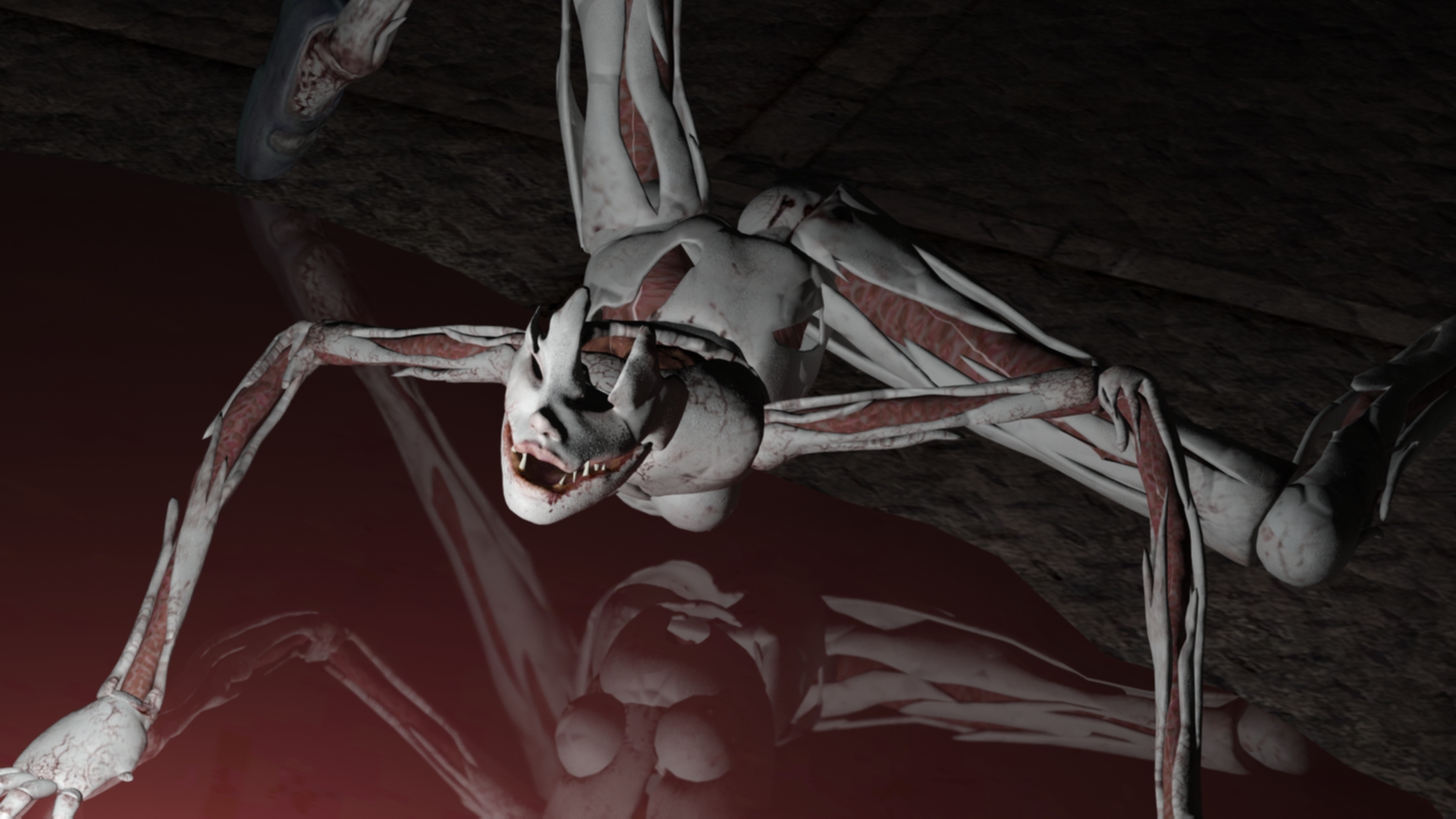 Halloween is All Hallow’s Eve, the one night of the year when the dead can rise and wonder the earth alongside their monster kin. But anyone who’s ever played a Silent Hill game will tell you that, in that particular town, every night is Halloween. The atmosphere constantly oscillates between the dark of night and fog cover so thick that it might as well be night. Twisted, vicious monsters roam pretty much the whole place from the wide open streets to the darkest corner of the deepest basement on the block. Sometimes, some of those monsters represent the anguish of the dearly departed, reincarnated to take their revenge. Join as we count down the five most memorable monsters in Silent Hill: 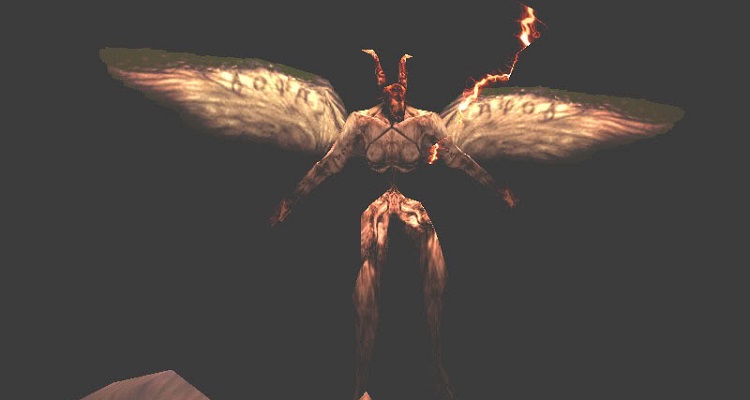 Our young selves (okay, our 21-year-old selves) just about screamed bloody murder when we made it to the end of the original Silent Hill and got a good look at this thing. The demonic deity known as Samael (although there is some debate in the series’s fan community over whether or not that truly is its name) popped out of psychic teen Alessa’s back when shady Dr. Kaufmann doused her with a mysterious red liquid called Aglaophotis. The game’s protagonist, Harry Mason, then had to fight the freaky-looking entity as it flew overhead and shot lightning bolts at him. Though defeated, the god still gets a name-drop in an in-game picture or document from time to time, the most notable of which is the insignia on the front of chocolate milk fan Jasper’s shirt in Silent Hill 4: the Room. 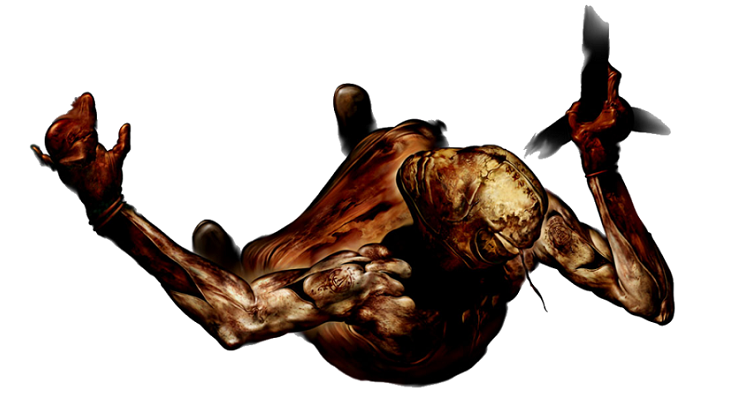 Not every creepy-crawlie in Silent Hill outright attacks you; some watch you from a distance, binding their time before striking at an opportune moment. Such was the case for Valtiel, a faceless monster that liked to hang out in the piping, crawling around and twisting valves, with no visible attempt at hiding. Then, whenever players were careless enough to get protagonist Heather Morris (nee Cheryl Mason) killed, a scene proceeding the “game over” screen would trigger, showing the monster emerging from its nook to drag Heather’s body off to birth Samael. 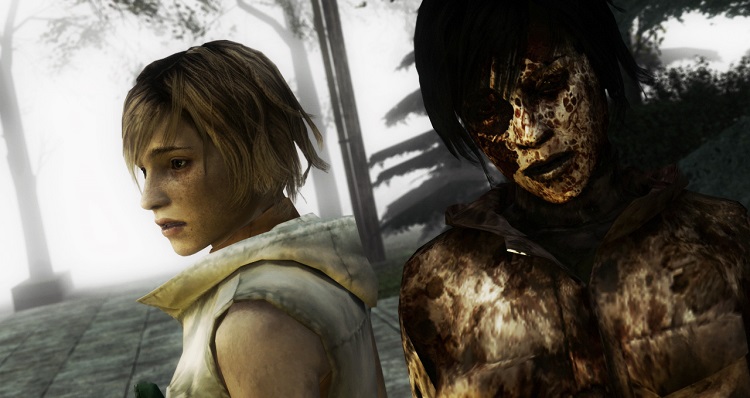 This charbroiled mirror image of Heather represented the pain and suffering that Alessa, of whom Heather is a reincarnation, endured. As such, Heather had to face her past (figuratively and literally) in battle with this symbol thereof, which wielded a knife, a steel pipe, a pistol, and a machine gun before finally giving up the ghost. Though Memory of Alessa has only ever appeared twice—once in Silent Hill 3 and once in its film adaptation, Silent Hill: Revelation—the monster’s popularity has grown so vast that is has become one of the most frequently cosplayed characters in the series. 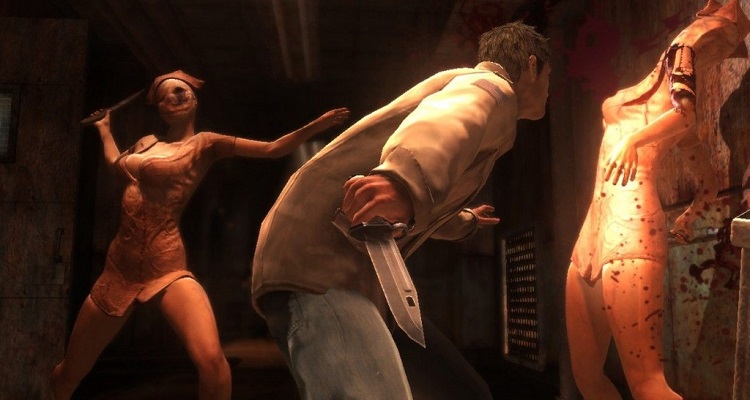 Another widely cosplayed character, the nurse has appeared in nearly every Silent Hill title in the obligatory “creepy hospital” area. Its appearance and weaponry vary from entry to entry, but its jerky limbs and unsettling presence has remained the same. Perhaps most famous is Lisa Garland from the original game—Lisa, whose tragic tale ended when she realized that she was “the same as” the monster nurses around her and that she’d been dead throughout the duration of the game. 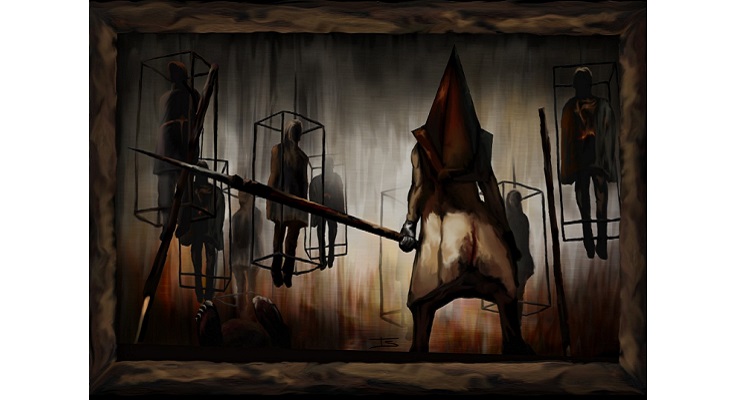 Let’s face it: when you clicked on this article, you know you’d find good ol’ Triangle Boy in the top spot. Pyramid Head first appeared in Silent Hill 2 as a “shadow stalker” born of protagonist James Sunderland’s desire to punish himself for his treatment of his wife, Mary. James, who’d vacationed in Silent Hill prior to the events of the game, apparently drew inspiration from the town’s executioners of days long past, who donned the signature pyramid-shaped helmet when carrying out executions. The creature appeared again in Silent Hill: Homecoming in much the same capacity: as an executioner seeking to punish the wicked. Pyramid Head has grown so large in popularity that it has become one of the most cosplayed characters in all of Silent Hill. In fact, its popularity eclipses that of many of the series’s human characters, and it has become the most associated figure with the series. It even appeared in both Silent Hill films.