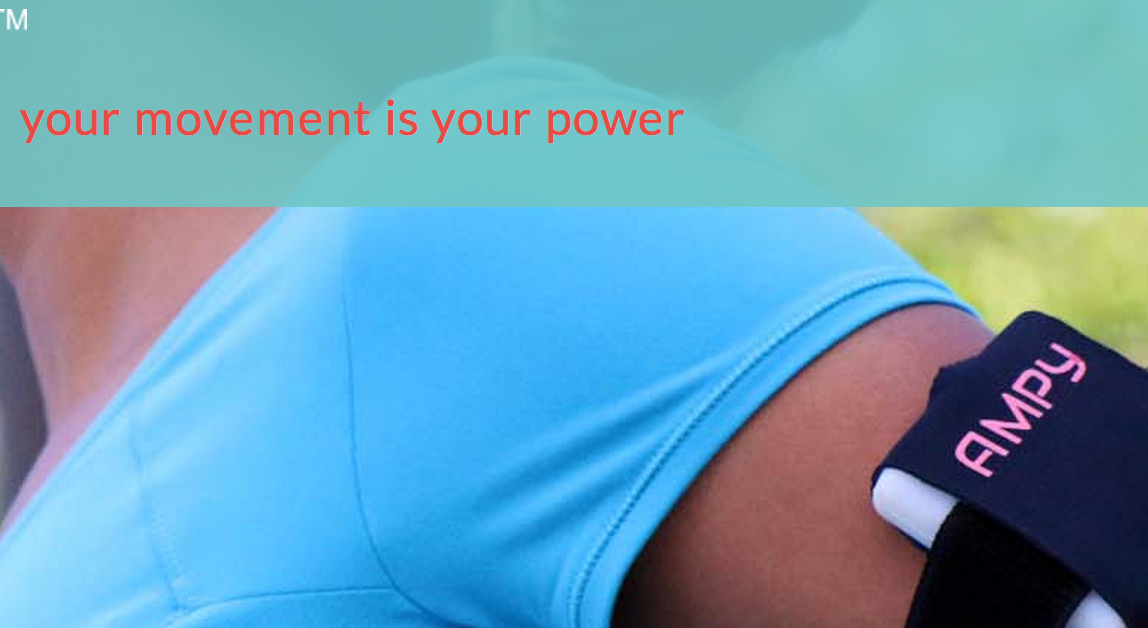 A few weeks ago I found myself in an bad situation. After visiting and shopping with my mom in a town that was an hour away from where I lived, I got stuck in traffic on the way home. This in and of itself isn’t such a bad thing, but I had a middle schooler who would soon step off the bus to find no one at home. And to complicate things further, my phone was dead and my car charger was nowhere to be found. Since energy manipulation isn’t one of my superpowers, I was screwed. Cue sad trombone.

Dead batteries at the worst possible time – we’ve all been there. Even seeing that red warning status bar is enough to put most people in an anxious state.

Three engineers from Northwestern got fed up with the dead phone dilemma and decided to create AMPY.

AMPY is a small, wearable device that harvests kinetic energy from your body’s movement and stores it in a battery for later use for your smartphone and other USB devices.

Human power’s not all about lifting heavy things and putting them back down again. According to the inventors of AMPY, I could have created over 3 hours of battery life for my phone if I would have been wearing AMPY while I was out shopping with my mom. 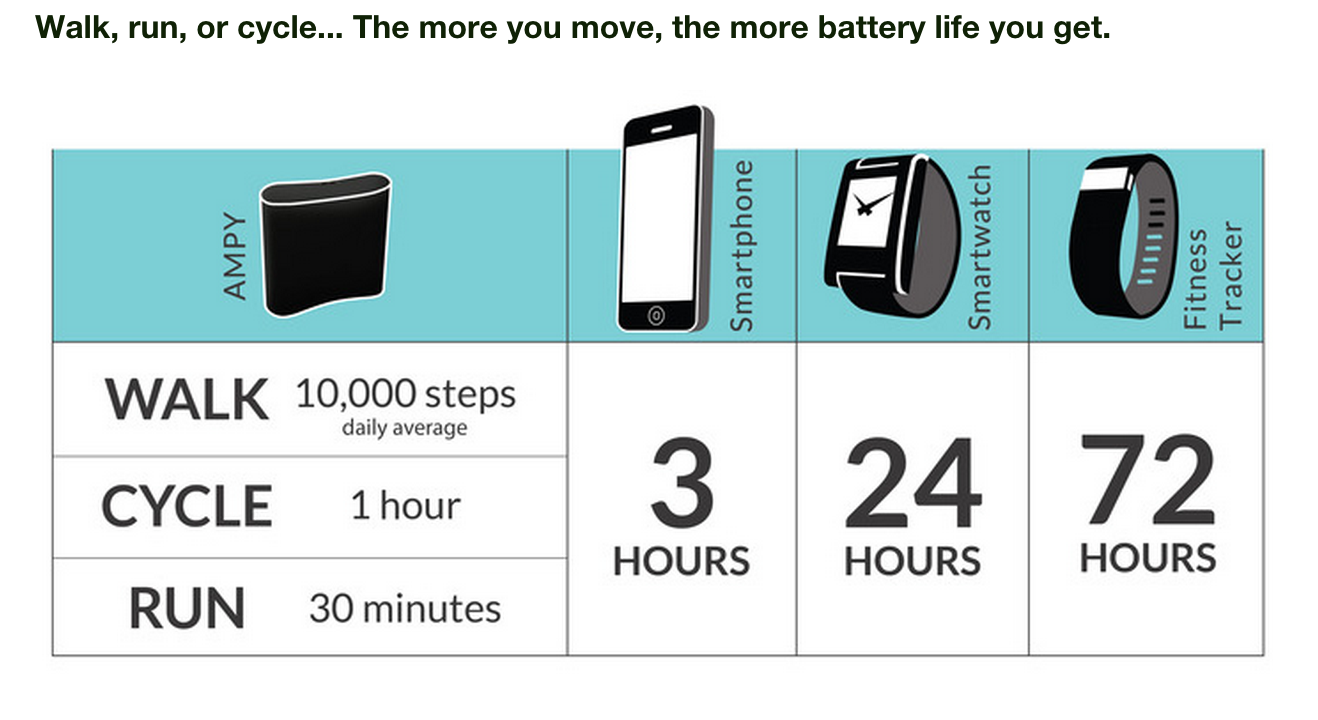 AMPY can be worn during any type of activity: running, cycling, hitting up the gym. The more you move, the more juice you store.

Recently, three marathon runners wore their AMPY devices while participating in the Chicago Marathon. Between the three of them they created over 40 hours of smartphone battery life. Impressive!

AMPY stores your energy on an internal battery, so when you’re done collecting power, you can plug the device directly into your smartphone. Its charge time is as fast as the power packs that are currently on the market. 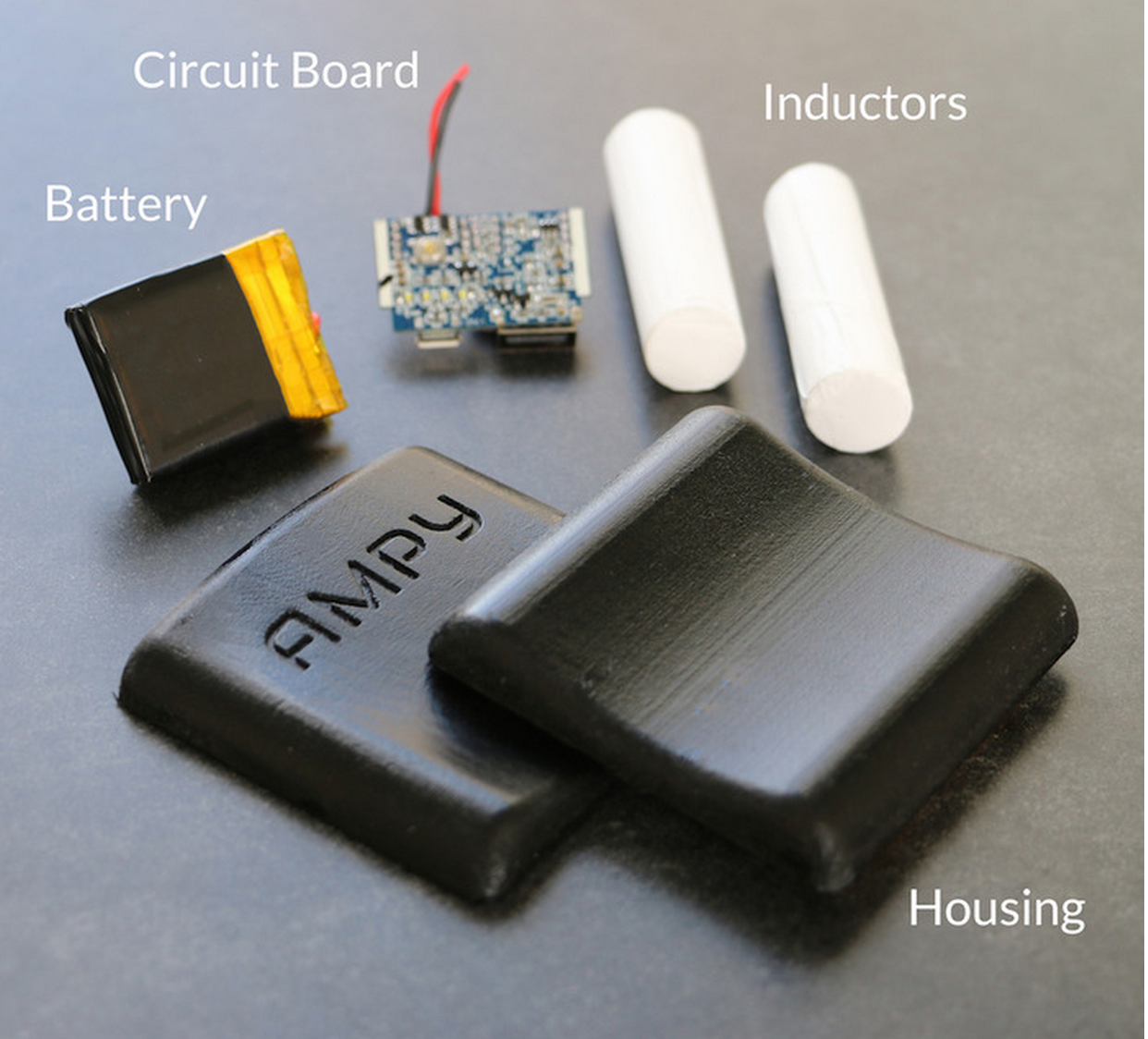 With the accompanying app, AMPY tracks the minutes of energy you generate and the amount of calories you burn. 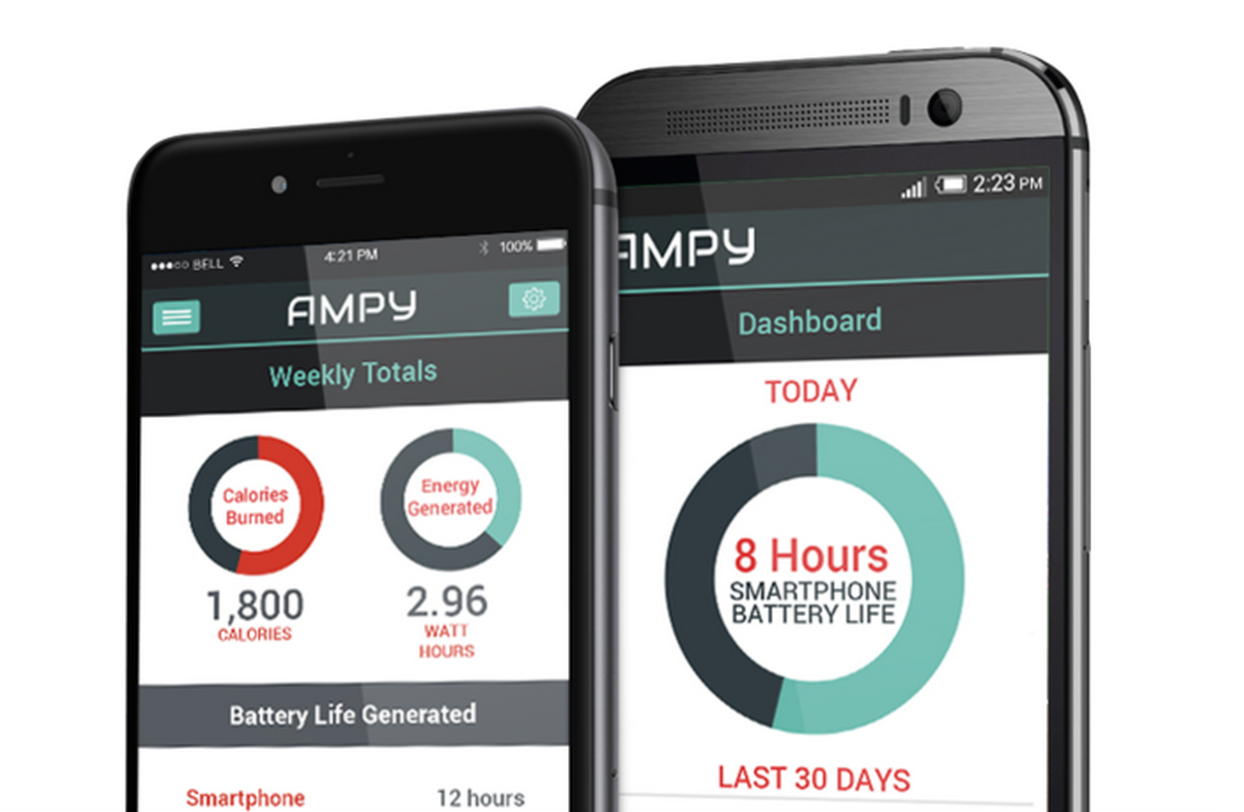 AMPT is small enough to fit in your pocket. There is also a three-piece armband accessory kit that will be sold separately even though it’s more of a necessity.

WHERE CAN YOU GET IT?

AMPY is in its prototype stage, however, its creators are in the middle of a Kickstarter campaign. Within 72 hours, AMPY hit its goal.

We can expect to see this product on the market by June next year, but if you want to be one of the first to have AMPY, you can donate $85 to their campaign.