Samsung has launched its latest and greatest flagship phone – the Galaxy S4. Surprisingly, it sports a similar design as its predecessor. However, when you look closer, you’ll notice that there are a couple of differences between the Galaxy S4 and the Galaxy S3.

We’ll be taking International variants of both phones for the purpose of this comparison. We’ll take a look at how the Galaxy S4 is a unique device and what makes it superior to the Galaxy S3.

For most companies evolution of design is pretty important, its as important as the hardware and software features. However, Samsung on the other hand, has come out with a pretty similar design for the Galaxy S4 as its predecessor. It’s almost like how Apple maintains their design for a couple of years. But unlike Apple,  Samsung has introduced some amazing features and better specs with the Galaxy S4.

You may find it difficult to find any differences between the Galaxy S4 and the S3 when they’re laying side by side.  Samsung’s latest phone is slightly taller and wider than its predecessor, but it manages to be 1mm thinner than it.  Also, the leap from a 720p 4.8″ display to a Full HD 1080p 4.99″ display makes for greater quality, and puts the Galaxy S4 up there on the list with HTC One, Sony Xperia Z, etc. Even though the Galaxy S4 sports a larger screen, and a bigger battery it’s still lighter than the Galaxy S3 by 3 grams. When the displays are turned off, you may not be able to tell the difference, but once you turn on the screen you will definitely notice which one is the Galaxy S4. 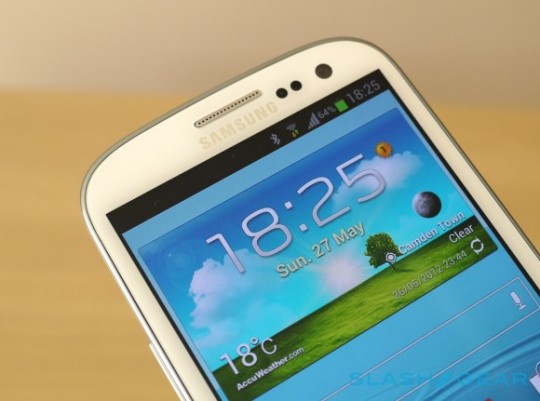 Much similar to the Galaxy S3, Galaxy S4 will also come in different variants especially in the U.S.

Last year, half of the GS3’s ran on Samsung’s own Exynos chip, while the U.S. variant ran on Qualcomm’s processor. This year again we will see two variants of the GS4, though this time the U.S. variants will be running a quad-core Qualcomm processor; while the international version will get the powerful Samsung manufactured chip, Exynos 5 Octa. It will be sold in different storage variants starting ranging from 16GB to 64GB, with the option to expand the storage via microSD card. The Galaxy S4 will feature a bigger 2,600mAh battery compared to GS3’s 2,100mAh, which is expected to power the phone for a whole day. Similar to its predecessor, the battery is removable so you can always get something even bigger if the 2,600mAh doesn’t do it for you.

The high demand and popularity of the Galaxy S3 meant that Samsung had to make the Galaxy S4 even better and top its predecessor in all aspects. Hardware bump alone is not going to cut it so Samsung also introduced amazing new software features with the Galaxy S4. First of all, it runs the latest iteration of Android OS, 4.2.2 Jelly Bean. It also sports an IR sensor in front to tack face and hand gestures. Some of the new features include the Smart Pause, that pauses a video when it recognizes your face has turned away from the screen. The device also allows the users to flick through albums and scroll web pages just by waving hands. 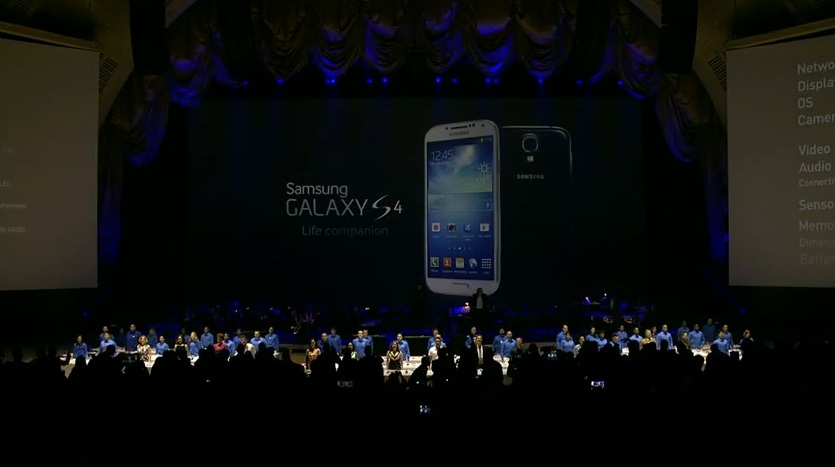 The new camera app lets the user, use both front and rear camera at the same time in Dual Camera mode. You can also use the dual cameras in video chats, however it will only work with other Galaxy S4 owners.

So, despite bearing a striking resemblance to its predecessor, the Galaxy S4 is still a completely different device and brings so much new stuff to the table. There’s only so much a company can innovate in a 12 months time frame. Samsung has done an amazing job with the Galaxy S4, and it’s a worthy update from the previous Galaxy phones.  It will be interesting to see how the GS4 performs against other high end rival phones.

What are your thoughts on the Galaxy S4’s new features?