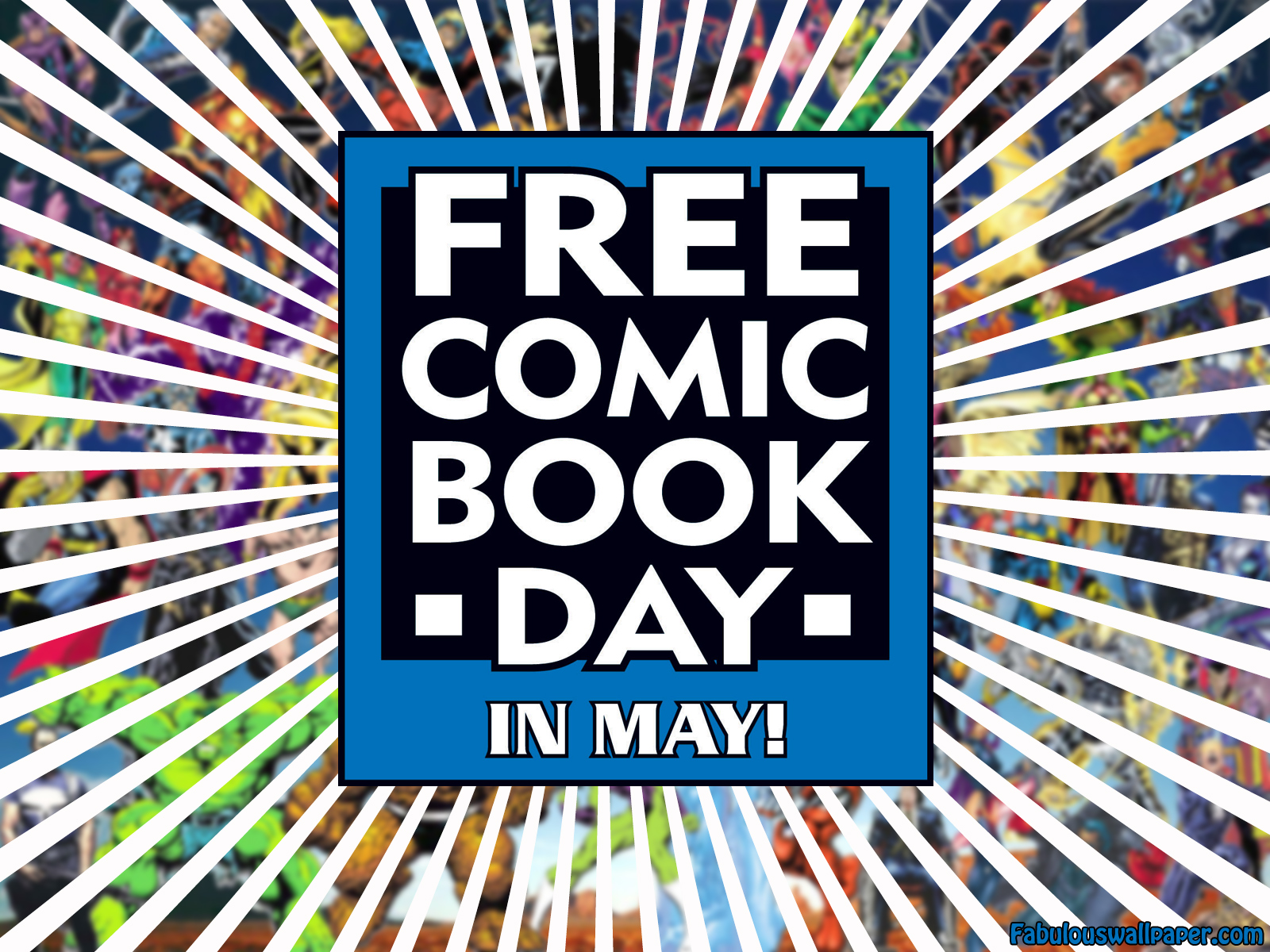 It’s been a long, cold winter but it looks like Spring is finally here. Flowers are blooming, birds are singing, and Free Comic Book Day is almost upon us.

Hard to believe, but way back in 2001 things were not so shiny for the comics industry. Christopher Nolan hadn’t dipped his magical toe into The Dark Knight’s universe, Marvel was digging out of bankruptcy and the majority of the population had no idea who Hellboy was (sadly, they still may not). Most worrisome of all, books were not selling. Publishers and store owners needed to find a way to drive people back into stores. Unconventional thinking was called for. Heads were scratched, beards were tugged and finally a radical idea presented itself: Free. More than unconventional, the idea was downright nuts, so of course it worked.

That’s right folks, FREE Comic Book Day. For 14 years now, the first Saturday in May has become a pseudo holiday for comic book geeks as special/limited releases of their favorite books hit the shelves of comic book stores around the country where they are given away, you guessed it, for free. All you have to do is show up.

Notes From Your Local Underground Lair

Long a place of solace for outsiders, recent years have seen these shops become legitimate community gathering places. Yes, the same oddballs still frequent the shops having the same arguments about which superhero could beat who and what artist drew Batman the best (Dave McKean, of course!). Yes, shop owners are still a bit cranky about you fingering their merchandise and yes, there’s always a cat stalking around somewhere, but things have shifted a bit over the years. With comic culture bleeding into the mainstream more and more, you can bet you’ll see an odd mix of fans in line come Saturday morning. Make no mistake, that’s a very good thing. More than just a marketing campaign, Free Comic Book Day has become a true celebration of the art and culture of comics and the fans who keep it alive.

From Tyler Durden to The Tick

Free Comic Book Day is all about the fans – old, new, and future. The goal was always to build new readers while building on the existing audience, so the slate of releases needed to satisfy that long-time comic reader and their 5 year old daughter. Over the years, the selection of free books has grown in size, quality and diversity. Recent years have seen a wide variety of releases from Guardians of The Galaxy to The Smurfs. This year, Free Comic Book Day sports another batch of widely varied books. Whether you’re a seasoned reader or trying to get your son/daughter interested in the fascinating world of comic books, there’s going to be something for you at your local shop this weekend. Here’s a few of the more interesting releases hitting shelves on Saturday.

Dark Horse Comics – Fight Club, The Goon and The Strain:  Dark Horse is swinging for the fences this year as Tyler Durden makes an illustrated appearance, The Goon pounds some fresh meat and Guillermo Del Toro delivers a new animated chapter from his TV series The Strain. All new stories and all in the same book.

Marvel’s Secret Wars #0: In case you hadn’t heard, Marvel is about to seriously mess with their print universe. Worlds will collide, heroes will rise, and some will fall as Marvel gives birth to Battleworld. But while all that happens, they are giving you a chance to read this nifty little prologue to the Secret Wars. This is sure to be one of the more sought after Free Comic Book Day items, so get in line early if you want to secure your copy.

Bodie Troll & Friends: The kids selections are full of standards this year with Teenage Mutant Ninja Turtles, Pokemon and SpongeBob leading the way. Make sure you grab a copy of those, or run the risk of your kids hating you. But while you’re looking through the kids section, have a look at Bodie Troll & Friends. Your kids will probably never watch it on TV Saturday mornings, but it’s got lovely art, a fun vibe, and should be lots of fun for the burgeoning comic book nerd in your family.

Other books of interest include Savage Dragon: Legacy from Image Comics, a Wonderland special edition one shot from Zenescope and a new story from a true classic, The Phantom. Don’t just take my word for it, though. Head on over to freecomicbookday.com and have a look at the full roster of releases complete with glorious downloadable previews. There are over 50 books hitting shelves this year and there promises to be something for everyone, even stalwart fans of The Tick – like me. Word to the wise, there are limits to how many free books you can walk away with on Free Comic Book Day, so get there early and be prepared to make some tough decisions. If you find yourself unable to make that important call, don’t be afraid to ask the guy behind the counter. He’d love to give you his opinion, and if he can’t, just ask the nearest Superman.

Wait, that’s just your neighbor Tony dressed up like Superman, walking down the street with his daughter, and holding a trophy for best costume. If free comics are not quite enough to get you to your local comic book shop this Saturday, most stores participating in Free Comic Book Day will be hosting a score of special events including cook outs, artist signings, art lessons and costume contests. So get that cape to the cleaners, dig those tights out of your sock drawer, and hang out a bit ’cause the vibe in that store should be a bit more electric than usual.

While Free Comic Book Day is a great reason to go hang out at your local store and shoot the breeze with old and new fans alike (and get FREE COMIC BOOKS), do everyone a favor and buy something while you are there. That shop owner would love to keep his underground lair open for business, and he maybe needs a new life-size storm trooper outfit.

I really shouldn’t have to say more than that, but in case you still aren’t interested in Free Comic Book Day, I’ll let one of this year’s chief promoters have a say. Ladies and Gentlemen, Luke f***ing Skywalker (aka Mark f***ing Hamill).

One last reminder now…FREE COMIC BOOK DAY IS THIS SATURDAY, MAY 2!!!!