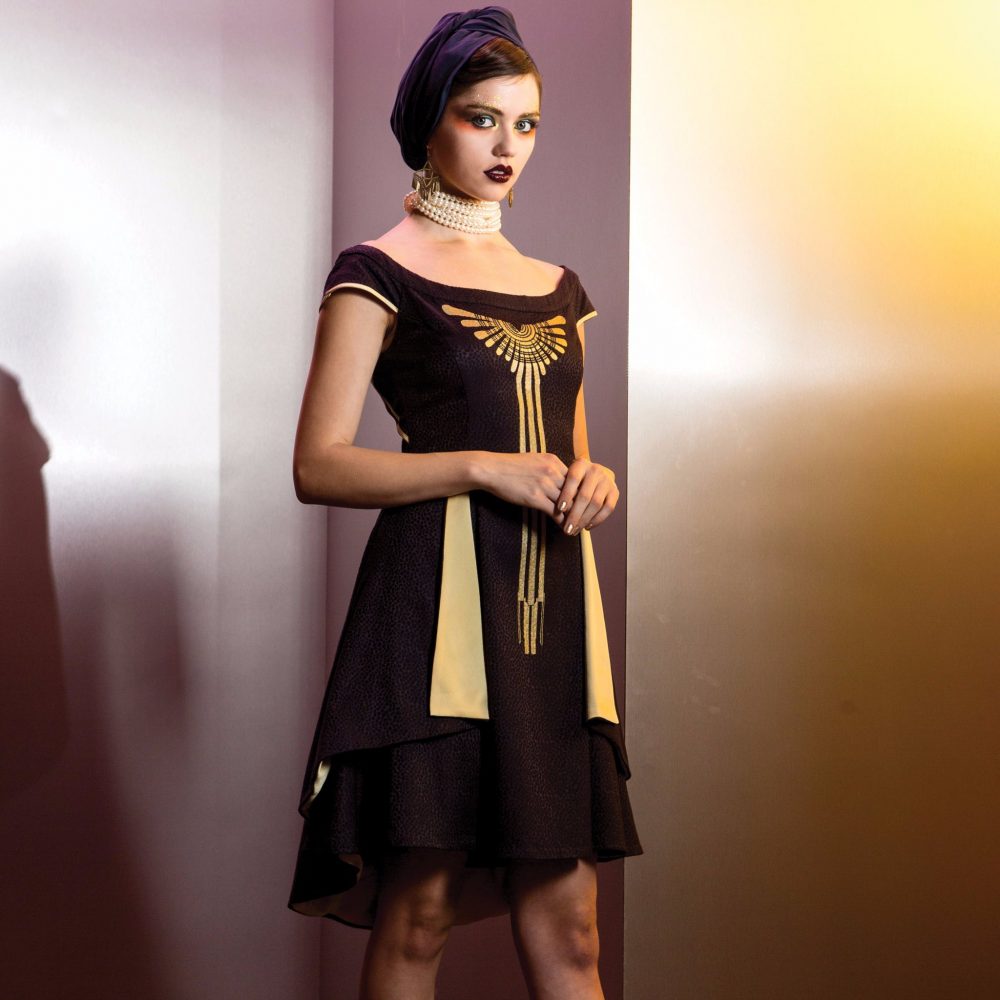 The next franchise from J. K. Rowling begins with the release of Fantastic Beasts and Where to Find Them on November 18. As the first of five movies in the series, fans are excited to jump back into the magical world of Harry Potter. For those interested in dressing the part, Hot Topic released several articles of clothing inspired by four of the movie’s characters.

The line released on November 8 includes 1920’s styled items for both men and women based on the wardrobe in the film. While the selection is limited, it contains off the shoulder pin-up styles dresses, long sleeve tailored coats, and fascinator hats. Most items are available in both regular and plus sizes in the style of Tina Goldstein, Queenie Goldstein, and Seraphina Picquery. The selection for men includes Newt Scamander’s button down shirt and overcoat.

The collection is available both online and in stores.

Lauren is an UVA alumna with a MFA from Arcadia University. She is unapologetic for her Jersey roots and enjoys talking to her cats, who begrudgingly put up with her love of travel and late nights drinking beer.