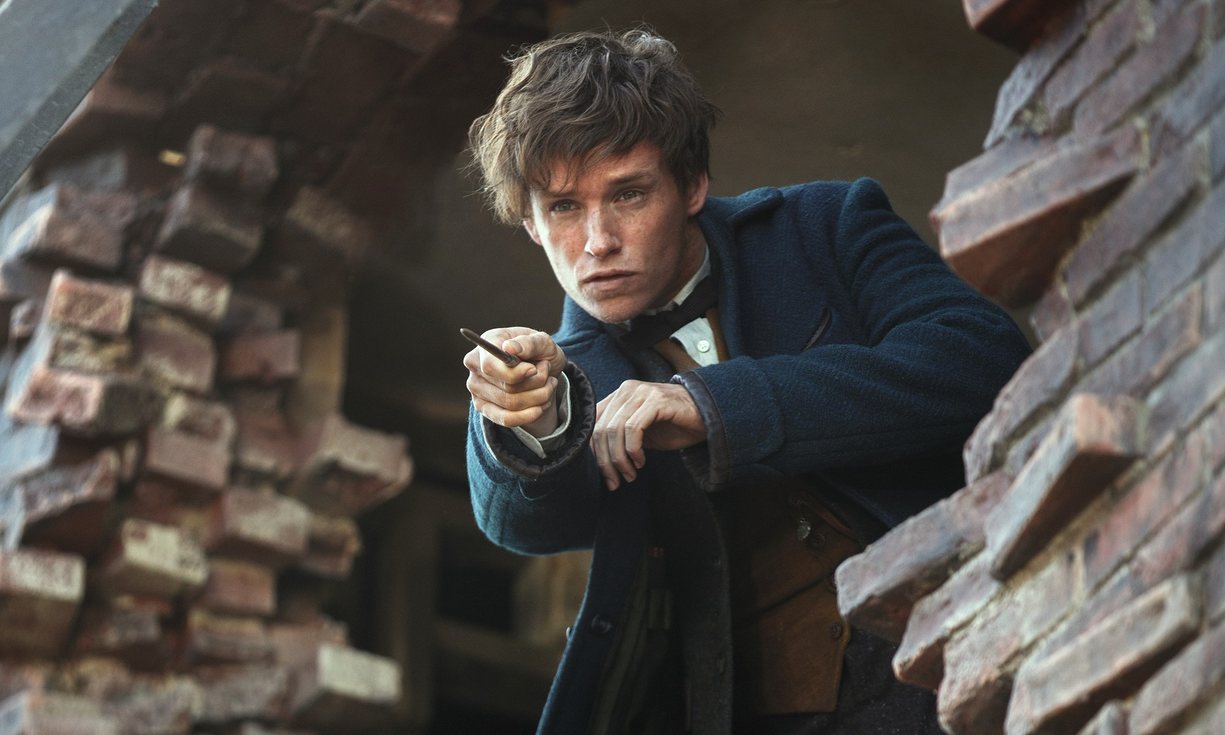 It feels like forever since we’ve had a Marvel movie come out and give us a guaranteed bit of comic book fun at the movie theater. Actually, it’s only been a few months. But Doctor Strange sure doesn’t look like a typical superhero slugfest. Among the list of November movies is also the ambitious Harry Potter spin-off not featuring Harry Potter, Fantastic Beasts and Where to Find Them. Here’s our November movie preview. 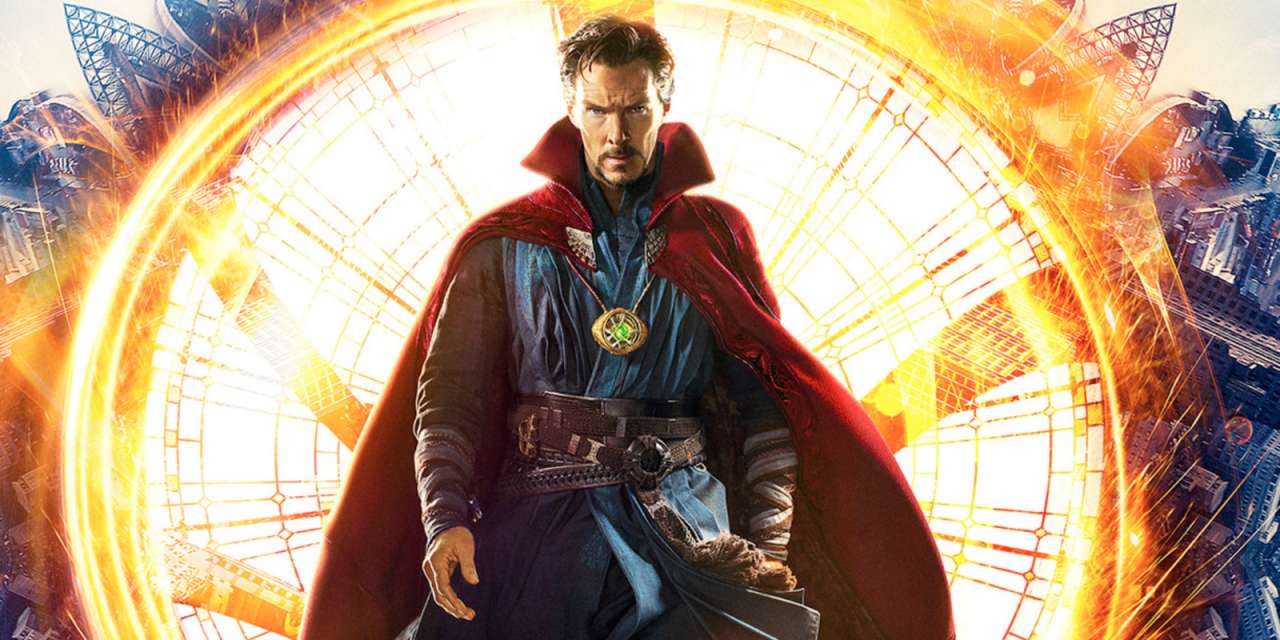 Give Thanks for Marvel

Benedict Cumberbatch stars in Doctor Strange as Stephen Strange, a successful neurosurgeon, who severely injures his hands in a car accident. Trying to find a way to heal those injuries, he winds up getting involved with sorcerers, the mystic arts, and ancient evils. The trailers also show cities folding in half and a bunch of other things that don’t make sense out of context. Hopefully they will after seeing the movie. I guess it’s good this is coming out after Captain America: Civil War. It seems like Doctor Strange altering reality would have made that fight a bit lopsided.

Hacksaw Ridge takes place during World War II with Andrew Garfield playing the lead, Desmond T. Doss. Doss was a real life medic in the US Army, who insisted on not using weapons. Even on the front lines of battle, Doss didn’t bear arms while attempting to save the lives of those around him. The film also stars Vince Vaughn and Sam Worthington.

Remember Troll dolls? Well they made a movie about them. This animated take has the Troll Village invaded by the evil Bergens. So the always-happy Poppy, and the always-grumpy Branch, team up to try to save all of the Trolls. Anna Kendrick and Justin Timberlake provide the voices for Poppy and Branch. Get ready to hear “Can’t Stop the Feeling” by Justin Timberlake a few thousand more times. He wrote the song specifically for Trolls.

It seems a bit early for Christmas movies, but Almost Christmas is more of a Thanksgiving movie despite its title. On Thanksgiving, a dysfunctional family attempts to put aside their differences to enjoy the holiday for the first time since the matriarch of the family passed away. Gabrielle Union, Danny Glover, and Omar Epps are in the large ensemble cast. Expect some drama and some comedy… just like the holidays in real life.

We’re starting to see some commercials for the new sci-fi film, Arrival, and it looks intense. Amy Adams stars as a linguist hired to try to communicate with aliens who have landed on Earth. It’s a problem rarely addressed in alien movies. We probably wouldn’t be able to understand each other. But something tells me the discussions don’t remain entirely peaceful. Jeremy Renner and Forest Whitaker also star.

Another creepy looking movie is Shut In. Naomi Watts plays a psychologist who recently suffered the loss of her husband in a car accident that also left her son paralyzed. Trapped at home during a storm with her son, she begins to think someone is in the house with them. Dun, dun, dun.

November 18th– Bleed for This, The Edge of Seventeen, Fantastic Beasts and Where to Find Them

Boxing movies aren’t all that rare. There’s something about rooting for the underdog as he gets punched in the head a lot. But this one is a bit different. Bleed for This is the true story of Vinny Pazienza, who came back from a near fatal car crash to compete at the highest level. Miles Teller plays Paziena in the movie that features the tag line, “This is what the greatest comeback in sports history looks like.” Can the movie live up to that?

You guys, being a teenager is hard. Just ask Hailee Steinfeld in The Edge of Seventeen. Steinfeld plays Nadine whose life gets awkward and lonely when her best friend begins dating her brother. But when this awkward girl develops a friendship with an awkward boy, things get a bit better. Woody Harrelson also stars as Nadine’s teacher/mentor.

Replace Harry Potter with magizoologist Newt Scamander. Then replace England in the 1990s with 1920s New York. That’s Fantastic Beasts and Where to Find Them. This fresh look at the wizarding world has fans counting down the minutes to the release. Scamander was mentioned in passing in the Harry Potter series as the author of the book Fantastic Beasts. There will be nods to the characters we all know, but this is a fresh story. Scamander has smuggled a bunch of magical creatures into New York in a suitcase and, wouldn’t you know it, some escape. Harry Potter Producer David Heyman and Director David Yates are back for the film Rowling wrote the screenplay for. So our wizards are definitely in good hands with this one.

The second World War II era film of the month, Allied, stars Brad Pitt as a Canadian officer and Marion Cotillard as a French resistance fighter. After falling in love behind enemy lines, the two get married and have a child together. But their romance is tested when Pitt’s character is informed his wife might be a spy for the Germans. So, you know, the typical trials and tribulations of marriage.

Billy Bob Thorton’s disgruntled Santa is back for Bad Santa 2. The hard-drinking, all around irreverent Willie is reunited with his sidekick, Marcus (Tony Cox) to rip off a charity. So this one might be a bit light on Christmas cheer.

Disney visits uncharted waters for their latest, Moana. Taking place in Polynesia, it’s a fresh locale for a princess tale. The titular princess sets off on a quest to find a fabled and mysterious island. As with most Disney movies she needs a fun team to assist her. Among them is Maui, a legendary demigod, voiced by Dwayne Johnson. The Rock is playing a larger than life demigod? That sounds about right.

The Warren Beatty directed romantic-comedy Rules Don’t Apply has been getting acclaim even before its release. Lilly Collins plays a young actress who has a budding romance with her driver, played by Aiden Ehrenreich. The only problem is they both work for famed director Howard Hughes (Beatty), who forbids the relationship. Oh and it should also be mentioned that Hughes is… eccentric among other things.

Having a Marvel movie, a Disney title, and JK Rowling’s latest isn’t a half bad offering for a November movie list. I’m excited to see Cumberbatch as Doctor Strange. The movie looks ambitious and mind-bending, but that’s not necessarily a bad thing. My ultimate pick for the month has to be Fantastic Beasts and Where to Find Them. Wizards, New York, and mythical creatures. Sign me up.