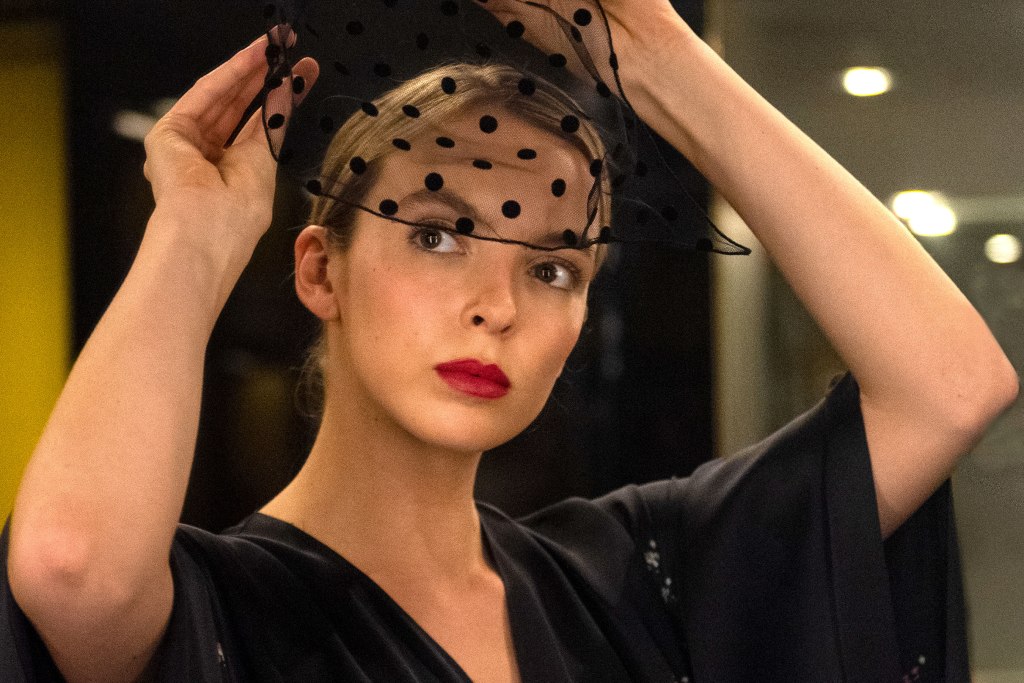 The first season of Killing Eve introduced us to the world of the female serial killer, which, for whatever reason, is kind of an unusual thing. We also met a woman who, through her own research, had become one of the leading authorities on the subject, and she was able to identify, track down, develop a relationship of sorts with, and ultimately kill the most prolific of these rare creatures.

Well, almost kill. As we all know, Villanelle survived being stabbed by Eve, and season two has really been about the fallout of that cornerstone event and the effect it’s had on the two women involved. Sure, there have been other characters and storylines in play—most notably the introduction of yet another female killer—but even the Ghost has served to underscore the overarching theme of Season Two, which is the growing obsession Eve and Villanelle share with each other.

“Smell Ya Later” brings this obsession into even clearer focus on both sides, and it finally brings the two together for the first time since that fateful day in Paris. For Villanelle, the meeting feels like a funeral since she’s been ordered to kill Eve as her next murder-for-hire target, and we see her in a visible state of mourning prior to the event as she comes to terms with having to kill the woman she’s grown to love. Of course, once she gets to Eve’s home, she covers her sadness with her usual arrogance, mainly because she never intends to go through with it. And how could she? Eve has become her singular focus and her only source of happiness.

But this is Villanelle, and so it really wouldn’t have surprised anyone for the pills to have actually been arsenic since, in her twisted mind, watching the life far from a victim’s eyes is also a source of joy, and so murder as an act of love wouldn’t seem out of character. But, for now at least, Villanelle is content with letting Eve live, but she does let Eve feel what it’s like for someone to try and kill you (even if for just a brief moment). I guess a small measure of revenge is better than none.

Paris has had a pretty serious effect on Eve as well. While she’s always been interested in female killers, Villanelle became the one Eve desperately wanted to catch. But we’ve seen her emotions change, and while I’m sure there’s still a part of Eve that wants to see her brought to justice, there’s another part that seems to really want to, well—be with Villanelle. I don’t know that I’d call it love at this point—obsession is still the word that I think describes it best. Would she leave Niko and run away with Villanelle? Hard to say. But there are some very complicated feelings there, to say the least.

And that’s what makes Eve’s plan to “hire” Villanelle so dangerous. On the surface, Eve can say (and to an extent believe) that volunteering as live bait for Villanelle is necessary to get information out of the Ghost. And, to a certain extent, it makes sense—Jin is terrified of “the demon with no face,” and so Villanelle may be the only one who can get her to give up the person behind her killing of Alister Peel’s associates. And it works—Jin gives up Aaron Peel as her boss, and now MI6 has what they need to keep Peel from selling whatever weapon he’s selling to the wrong people.

But at what risk? For starters, Eve takes a HUGE risk assuming Villanelle won’t actually go through with killing her. Taking the bulletproof vest off is bad enough; swallowing the pills is just plain stupid. Again, is she right? Sure. But Villanelle is the last person you want to try and figure out when your life is literally at stake. Saying she’s volatile and unpredictable is like saying the president tells a lie every now and then. It’s not something you can afford to undersell.

And that’s just the risk to Eve herself. What about Jin? Granted, Jin is also a cold-blooded killer, and MI6 needs to get her talking, but turning Villanelle loose on her is just excessive. Villanelle already views Jin as the one who’s taking Eve’s focus away from her, and she also sees this as an opportunity to make Eve happy. Or as something to blackmail her with later. Or both—whatever will make Eve pay attention to her. At the end of the day, that’s all she really wants.