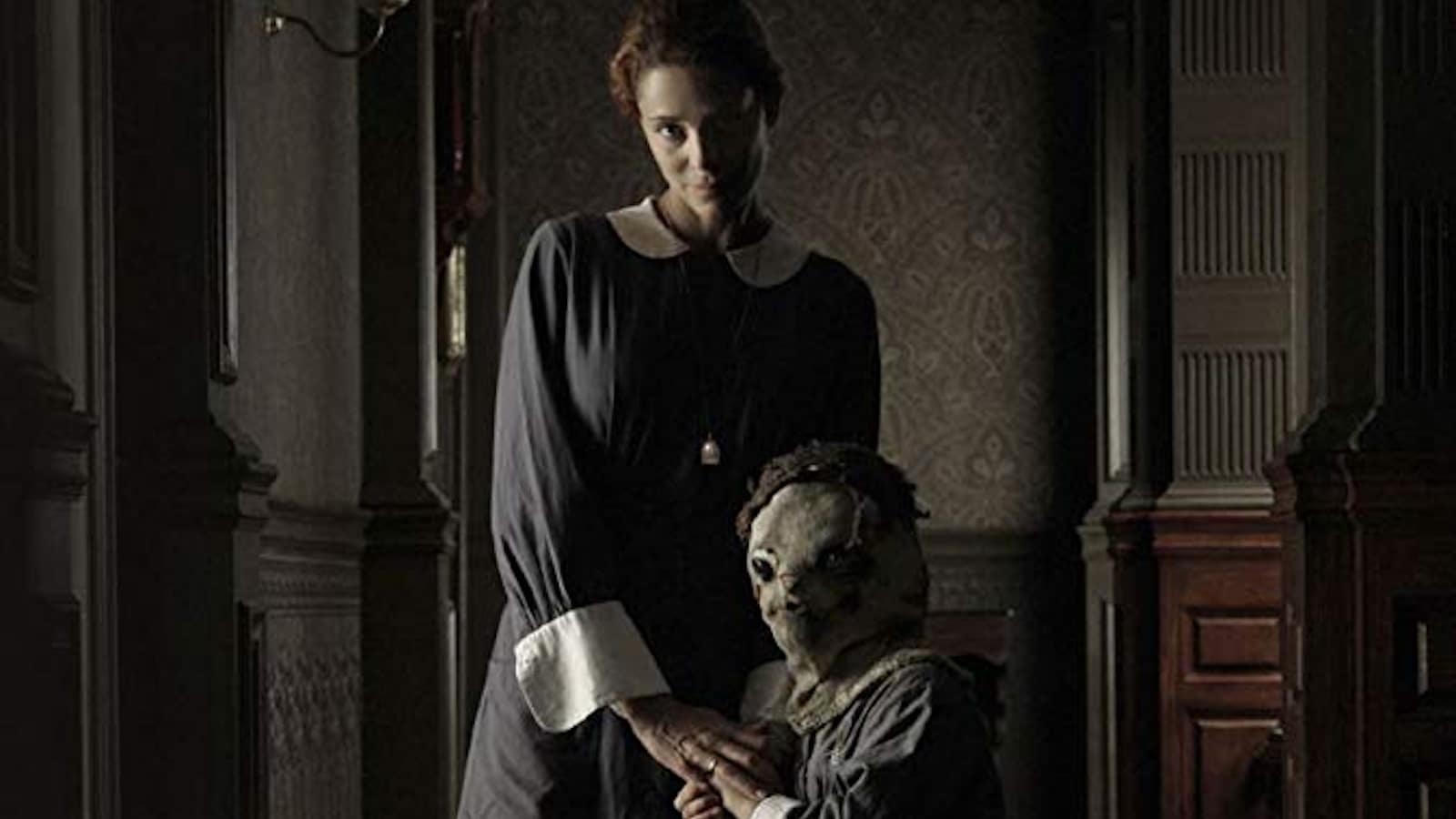 Horror is a dark bastion of the unshackled mind. Allowing access to shadowy intrusive thoughts bleeding out on to an unblemished page. It is a way of exorcising daemons without reprisal. Yet, when a true horror fan meets a non-fan, there is a sense that they are unhinged.

Is there something lurking under that sinister joy of the abject? Maybe, just maybe, horror fans are the sanest of the lot. Watching horror is akin to kickboxing or running, creating art or music. It is a release. And damn can it feel sweet.

There is a subset within the horror canon. One that lurks beneath, leaving unshakeable sadness and fear in its wake. It visits your dreams, threading horror through the psyche like a tapestry of hopelessness. And yet like eternal fools, we are still drawn towards the flame. Here, there is no hope for redemption.

Emotional horror is the milk of the damned. Despite what you may think, it is a world away from the psychological horror stalwart. This is not Jigsaw’s game or a run-of-the-mill house invasion for yuks. Emotional horror invades your head using a deft sleight of hand. It treads the course of the M. Night Shyamalan plot twist. As the rug gets pulled you are left staring at the ceiling, not daring to move.

The horror that feeds on real-life emotion is pernicious. It pits sister against sister. Acts of sheer despair are paramount. The increasing number of horror films centering on mental disorders—real or perceived—serves as witness to the perverse joy we take in the quake of our boots. But is this the heralding of a new subset of the genre? This cousin of psychological horror is our reflection in the mirror, planning sadistic revenge. 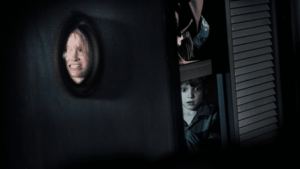 Director Jennifer Kent’s arresting genius The Babadook plays with visual elements from the 1922 vampire tableau Nosferatu (F.W. Murnau). As the creature slowly stalks the halls, a creeping chill climbs the spine. Yet it is seeing a widowed mother fall apart, her son left defenceless against her mental breakdown: That is what lingers long after. Alone yet together—suffering so differently—it breaks the heart. The sparse and suffocating house is at odds with the cheery outside world. Long lingering shots of her increasingly haggard face make you ache. Kent’s colour palate in the closing scene speaks of a return to normality, but is there really? There is a remaining chill in the discordant music. It is a metaphor for dealing with mental illness, and how deeply alone one can feel.

This solitary feeling can have even more severe ramifications. The maniacal Excision (Richard Bates Jr.) released in 2012 plots the arc of the deranged Pauline. Deemed “impossible to love” by her mother, she sets about trying to win her over. Its extreme gore and flights of unstable fancy are terrifying to behold. Dissected and rebuilt from Bates’ short film from 2008, the feature feels like it would have David Cronenberg running for the exit. The venereal and surgical congeal in Pauline’s psychotic mind, but this is much more than a regular gorefest. There’s a deep seeded desire to be understood, a sadness masked by the kitsch housewife yearning for perfection, the rotten desperation or disinterest in family ties, and the gruesome fantasy surgeries Pauline harbours. 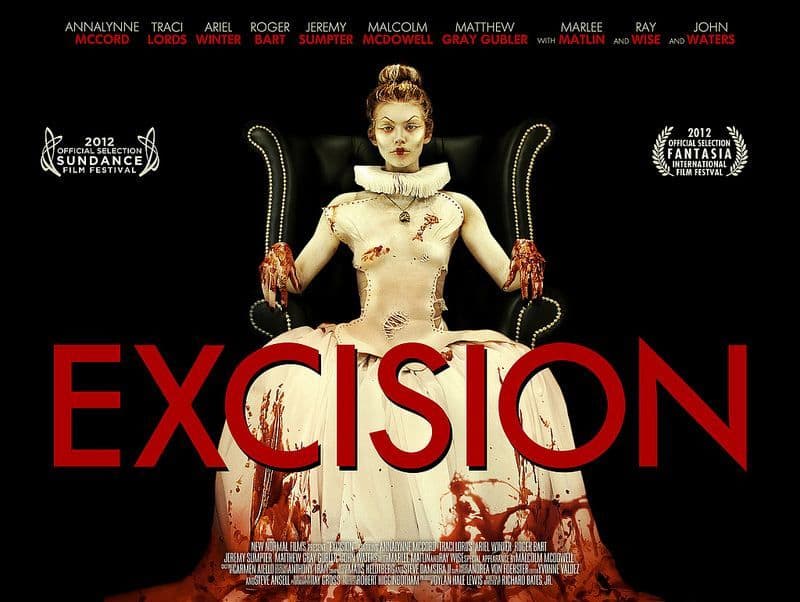 Most notably, however, it is the treatment of Pauline’s sister Grace. She has cystic fibrosis, so gets the best care going. But, Pauline’s mental health issues? Dealt with by an unqualified priest. Her mother stating they “aren’t made of money” (so are unable to pay for a therapist) puts physical health above mental health. It is a societal issue coming to the fore, and this reticence is paid for. Dearly. The intense yet incredible film crushes your lungs through its suffocating relationships.

Intensity and Last House on the Left (Dennis Iliadis) go hand in hand. The sheer criminality of the movie leaves you speechless long after the credits end. Two girls—wrong place wrong time—at the hands of their sick tormentors. No agenda but to save their own skins. It is chilling, cementing the torture of any parent who lets their teenager out of their site. We are presented with an invasion of the person, not the property.

To view this and The Devils Rejects (Rob Zombie) side by side is interesting. Both deal with a family of killers on the run. There is a similar lust for torture. Riding along with our killers, Zombie sort of forces you to laugh with them, even root for them in moments. When the killing starts, it turns your stomach. You are made an accomplice to their madness. The unsettling feeling follows you throughout each scene, where funny and silly moments they share present them as a normal dysfunctional family.

Family ties are the bedrock of any real emotional horror-fest. Deep bonds make for exciting exploration, whichever way it goes. When faced with evil, our family is the first thing to protect.

Guillermo del Toro is the master of binding fantastical horror with family ties. It is no secret that he loves monsters. They often serve a purpose in his worlds and often offer guidance to the protagonist. It is the treatment of fantasy however that leaves a hollow feeling in your chest. Pan’s Labyrinth expertly weaves fantasy with Spanish revolutionary history and the disintegration of the family at the hands of a very evil man. The simultaneous mixing of real-world grief and otherworldly joy pulls at you. The finale is almost too much to bear.

Similarly, del Toro’s The Orphanage builds creeping tension as a mother searches for her missing son. An otherworldly child stalking through the house ultimately helps uncover a tragedy far more real. The ending makes you sick with grief.

Grief. That is the big one. It seems to galvanize each emotionally challenging horror. Grief 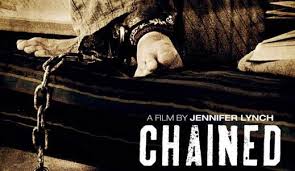 is the loss of the calm that came before, the loss of autonomy, the loss of hope. Chained (Jennifer Lynch) plays on just this theme: Ripping a young boy from his mother, debasing him horrifically. The boy’s struggle with grief is horrifying. His captor pulls him into violence as a way of life, renaming him ‘Rabbit’ and treating him as a protégé. Even escape to the outside world is no tonic for Rabbit. The ambiguous ending will have you screaming at the screen, begging for it not to be true. 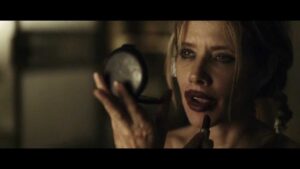 The Divide deftly weaves horror with the dystopian whilst asking the question: How long will your morals last when the world is going to shit? After nuclear explosions rock New York, 8 people locked in a bunker come to terms with the end of the world, and their proximity. What is particularly malevolent is how each person turns on another. They tear each other down, and themselves in the process. From beginning to end, the suffocating closeness and fear permeate every action.

We could go on, and haven’t even touched on the genius of Korean and Japanese Cinema. A Tale of Two Sisters (Kim Jee-woon) and The Grudge or Ju-On (Takashi Shimizu) have that cold touch that seeps from the screen.

Whilst horror draws on our collective fear of the unknown, those that tug at our underlying thoughts grow stronger. They haunt not only our dreams but our waking life. Emotive and fantastical horror expertly draws from many genres, whilst maintaining something fresh and incapacitating. The perfect mesh of mind-tricks and intrusive thoughts that brings about this shuddering acknowledgement of the emotional horror. It feeds the thing that stands behind the ego, the thing that tells us we aren’t good enough, that our loved ones are not what we thought. We begin to mistrust everything we knew. Horror makes us afraid of the dark. Emotional horror makes us afraid of ourselves.