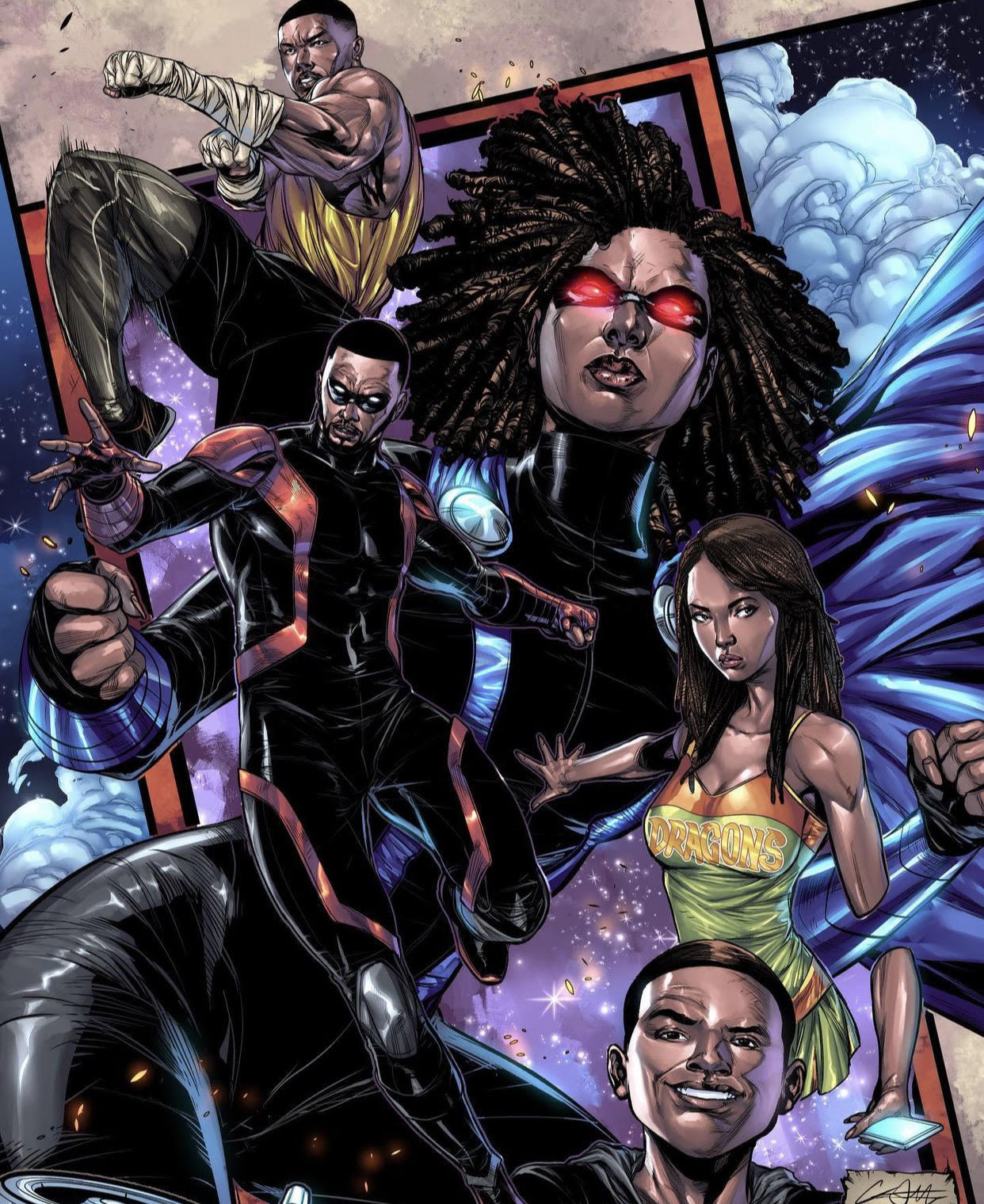 (Los Angeles, CA) – The lack of diversity and inclusion is an on-going issue in the world of entertainment, particularly when it comes in the form of superheroes of color. Yet, change may be coming to a tv near you, sooner than you think. Looking to shake things up in the comic book universe, Emmy-Nominated Producer and Filmmaker Noel Braham has acquired the rights for Godhood Comics’ self-acclaimed comic book series, The Antagonists. Created by Tyler F. Martin the series is a unique take on the average “superhero story,” the series follows infamous supervillains Desructus and Ultima as they settle into retirement after successfully taking over the world. Wanted and pursued by the governments of the world, the couple struggles to keep their worst impulses in check while balancing married life, parental responsibilities, being Black in America, and hiding their past and former identities from their superpowered children.

“We are extremely excited to work and deepen our relationship with Tyler and Godhood Comics in developing this dynamic franchise. Being that Tyler and I hail from the same hometown (Atlanta); this is definitely a full-circle moment. The Antagonists provides a fresh and innovative perspective into topical issues and characters that aren’t typically represented in mainstream Hollywood.”

Selling out in mere minutes, this Atlanta-based independent publisher has gone viral, captivating audiences and keeping fans on the edge of their seats. Garnering over 26k followers, fans have described the series as The Incredibles meets The Boys meets Ozark all wrapped in one.

“The Antagonists was a bittersweet project for me and my team. It’s messages, narrative and overall concept sparks a dialogue that has rarely been discussed. What is a villain? And more importantly what makes one? My love for comic books has always been critical in my creative journey as I aim to tell the stories that seemed to have been forgotten. The stories of the underdog, the little guy, and those of us who feel unseen and unheard, The Antagonists is our calling card,” said comic creator Tyler F. Martin. “I’m so excited to tell this story in any medium and the potential for a series is something we knew early on would be essential. Myself along with Felipe Dunbar the co-creator wanted to ensure that we had an authentic representation of the African American family, despite their shortcomings.”

While the partnership is fairly new, Braham has big plans for the series and the producing arm of his company – Braham Entertainment, which he runs with producing partner, Courtney L. Branch. “We want to produce and acquire multimedia projects that showcase diversity and highlight young, bold, storytellers and fresh talent. This partnership will allow us to entertain and engage audiences in innovative ways while maintaining our commitment to supporting a wide range of stories and storytellers. I look forward to many more cross-collaborations in the months ahead.” says Braham.

NOEL BRAHAM is a writer, director, and producer who was recently nominated for two Daytime Emmy awards for his latest project, WATCHTOWER – Outstanding Special Class Directing and Outstanding Special Class Short Format Programming. A survivor of homelessness, and stark advocate for disenfranchised communities, Noel uses his creative platform to weave elements of social justice into his work, as well as using his voice to diversify traditional landscapes into his own worldview. Noel’s philanthropic accolades include the role as founder and co-director of the Micheaux Film Festival – a multicultural film festival that champions avant-garde and diverse independent filmmakers who create thought-provoking and entertaining content, operating outside of Hollywood’s traditional financing system.

Godhood Comics is a black-owned and independent comic book publisher based in Atlanta, Georgia. We write, create and publish comic books featuring diverse characters and concepts that highlight stories of primarily people of color. Diversity is our endgame, we strive  bring stories that have been put on the back burner to the forefront. Stories by us, about us, for all. For more information visit: www.godhoodcomics.com