Emmy Award Recap: A Mix of Surprise and Predictable 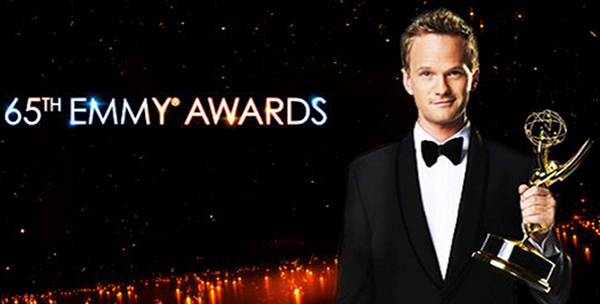 Host Neil Patrick Harris said it best with “No one in America is winning their Emmy office pool.” Last night’s broadcast of the 65th Prime Time Emmy Awards saw a number of big upsets as the usual favorites didn’t do as well as past years. In the acting categories, perennial favorites gave way to unexpected, more unknown winners. The cross-section of victors had a very insider look to it, with few fan favorites actually collecting. Plus, did CBS have Neil Patrick Harris on a leash? He was never really able to get going as host. We’re pretty disappointed that the genre fare covered by Geek Insider like “American Horror Story” and “Game of Thrones” didn’t win any big awards, but we’ll survive. Here are our takeaways from television’s big night.

It would be really boring if the same people won every year, but sometimes that is just the nature of these award shows that have the same selective group of people voting every year. This year we saw John Stewart’s buddy and network mate break his ten year run at the top of the Outstanding Variety Series category. “The Colbert Report” won that award along with Outstanding Writing for a Variety Series. While this is a changing of the guard in a way since “The Daily Show” had such a lock on the award, it’s obvious that the Television Academy has a preference with their variety shows, political comedies with sarcastic hosts. The shows also have the same format. So this isn’t such a big change.

The other big streak broken is with the cast of “Modern Family. Julie Bowen’s two year run on top of the Supporting Actress in a Comedy Series podium was broken by a virtual unknown. More on that later. On the Supporting Actor in a Comedy Series side, it was a three year run broken for the show with Eric Stonestreet winning two and Ty Burrell winning one respectively. It would seem the awards aren’t as easy to predict as it once was.

A lot was being said of this year’s Emmy Awards as being Netflix’s big coming out party on the award show stage. Political thriller “House of Cards” and resurrected comedy “Arrested Development” landed a number of major nominations, but heavyweight actors Kevin Spacey and Jason Bateman were shut out. “House of Cards” did win Outstanding Directing for a Drama Series for David Fincher. But since the director, known for “The Social Network” wasn’t there; “House of Cards” and Netflix never got their moment on stage.

Who are these people?

I don’t mean to be rude to the actors who have worked hard to be nominated and earn these Emmy Awards, but seriously? Merritt Wever from “Nurse Jackie” won the supporting actress award Bowen was defending. Maybe the Academy likes “Nurse Jackie,” but who on Earth predicted this win? There were seven nominees in the category due to a tie in the voting. Well I would have put Wever seventh out of seven in my predictions. But she won.

Another big upset was Tony Hale winning in the supporting actor category. While his “Veep” co-star Julia Louise-Dreyfus was a favorite for the lead actress award, Hale was definitely not a sure thing. The fact that some fresh faces like Wever and Hale won is good news regarding the future of the show, but I see it as more of a power play by supporters of cable television taking two awards off the shrinking list of winners from network television. These two awards went to “Modern Family” from ABC last year and this year “Nurse Jackie” is on Showtime and “Veep” is on HBO. The Academy loves cable television.

Neil Patrick Harris is a likeable guy with industry credentials having starred on “How I Met Your Mother” for so long. But after seeing other marquee award shows use more outspoken and boundary pushing hosts like Seth Macfarlane at the Oscars, Tina Fey and Amy Poehler from the Golden Globes and Ricky Gervaise before them, Harris came off as very middle of the road. He did a song and dance number, told some topical jokes and got some laughs. His opening staged quarrel with past Emmy hosts was relatively funny, but only became memorable when Kevin Spacey popped up to be the dastardly villain he’s played so many times before. The Emmy broadcast didn’t change anyone’s opinion of Harris for better or worse. It was just… good.

After all the craziness with acting upsets and such, the show’s biggest awards, Outstanding Drama Series and Outstanding Comedy Series went according to plan and the expected winners won. “Modern Family” showed it is still the top dog among the laughers. Then “Breaking Bad” closed out the night to big cheers from the audience. The fact that the show won only a week before its final episode is like hitting a home-run to win the World Series and then retiring. Bryan Cranston’s drama is on top of the world right now. Imagine if this category ended with an upset and “Breaking Bad” lost to reruns of “The Jersey Shore” or something? I understand the show wouldn’t belong in this category and it isn’t eligible. But imagine?

No BBM for Android and iOS This Week