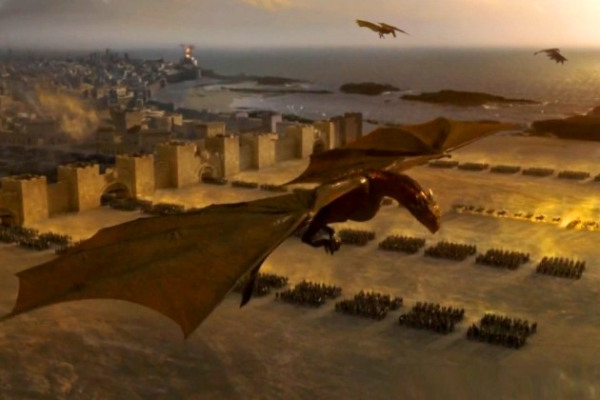 Game of Thrones is a complex puzzle where none of the pieces actually fit together. Conventional wisdom and the literary cues given to us throughout the first three seasons are proven false without warning. It’s as if author George RR Martin is telling us to stop anticipating what will happen because we are wrong. Now that season three is over, we can sit back and take a deep breath. Let’s try to figure out what we’ve just watched.

It’s worth noting that I have only read the first two books and watched all three seasons, so any speculation I make is purely guess work. This is a spoiler free zone (assuming you watched season three). The Game of Thrones calling card has been character deaths since early in season one. We saw Khal Drogo, Robert Baratheon and our beloved Ned Stark bite the dust during that first run. So anyone could be killed. I don’t think that is necessarily true after season three. Robb and Catelyn Stark were brutally killed this season, but I half expected Robb to be offed at some point. I’m setting myself up for disappointment, but I see Daenerys, Jon, Arya, Bran and Tyrion as the untouchables. Everyone else from Sansa to Stannis is fair game in my mind. I had this same list going into season three and nothing that happened these past few months has changed that group.

Season three was based on the first half of “A Storm of Swords,” which apparently tells the story of a million characters involved in a million different storylines. The Game of Thrones landscape was altered greatly from the events of this season, so I think we can agree with the decision of the writers to split the book in half. Daenerys is primed for invasion; the Night’s Watch has called for aid against the white walkers; and the army of the north has been dismantled. And that all happened at the end of the season. I’m not going to claim every episode was non-stop action, but it sure was intriguing television.

One of the events I had been hoping for and anticipating since I made the connection in season one was the reunion of Lord Commander Joer Mormont and his exiled son Ser Jorah Mormont. I had pieced together this epic encounter where the Night’s Watch was either pitted against or teamed up with Daenerys’ army and the Mormonts would either reconcile or fight to death. Well guess what, Rast stabbed the Lord Commander in the back and now he’s dead. It’s just another example of the unrelenting humanity of the story. I guess if we’re talking humanity, we can mention the ambush that left the king of the north, his mother and his pregnant wife in a bloody heap on the floor.

The final episode on Sunday gave us a number of clues for what we can look forward to for Game of Thrones season four. Some of our character wanderings have ended. Jon and Sam are back with the Night’s Watch. With them they bring knowledge of the wildlings and the white walkers. Arya and Bran are still wandering, so I don’t have much hope for those storylines. Daenerys is ready for war once her dragons grow a bit more, so hopefully that is coming. Then there is the powder keg that is King’s Landing. How long can this high-tension Lannister drama continue? Joffrey gets crazier every episode and Tywin and Tyrion are reaching a tipping point with him. Then there’s Tywin’s micromanaging his adult children. If all the Lannisters and Joffrey make it through next season, I’ll be surprised. I’m crossing my fingers Joffrey is the one to get the figurative (or literal) axe.

At the end of the day, there is no way of knowing what is coming next unless we read the books. For that reason, I imagine there will be plenty of fans of the TV show, who pick up Martin’s volumes during the off season. But just a general tip for the readers, don’t spoil it for your friends. There is a special dungeon in the bowels of King’s Landing for those who deal in Game of Thrones spoilers. I swear it by the old gods and the new.