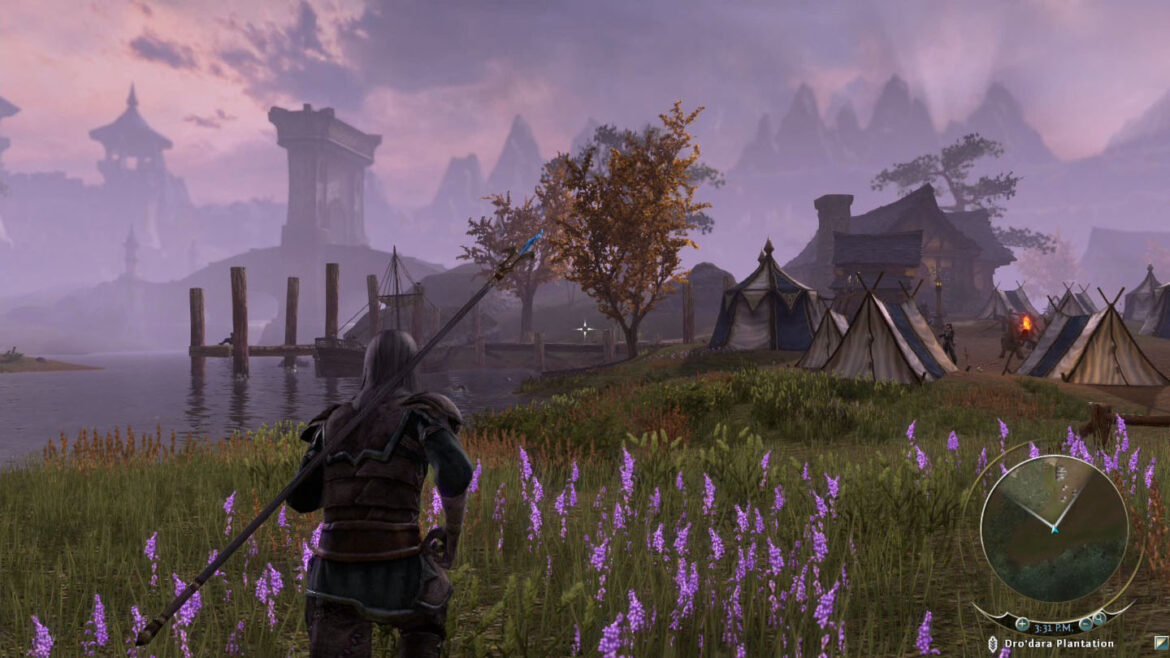 I love the Elder Scrolls series. I just wanted to get that out of the way so nobody thinks otherwise. I began playing the series when Morrowind was it’s newest game and have been in love ever since. There are just things that the Elder Scrolls games have done that no other franchise seems to be able to do so impressively. I can’t help but feel like many of these hinge on the game being a single-player experience. With the Elder Scrolls Online (ESO) coming up in 2014, it makes me wonder if these qualities can be effectively brought over into an MMORPG setting. So let’s take a look at some of the features that just won’t be the same in the MMO, but made the series great. 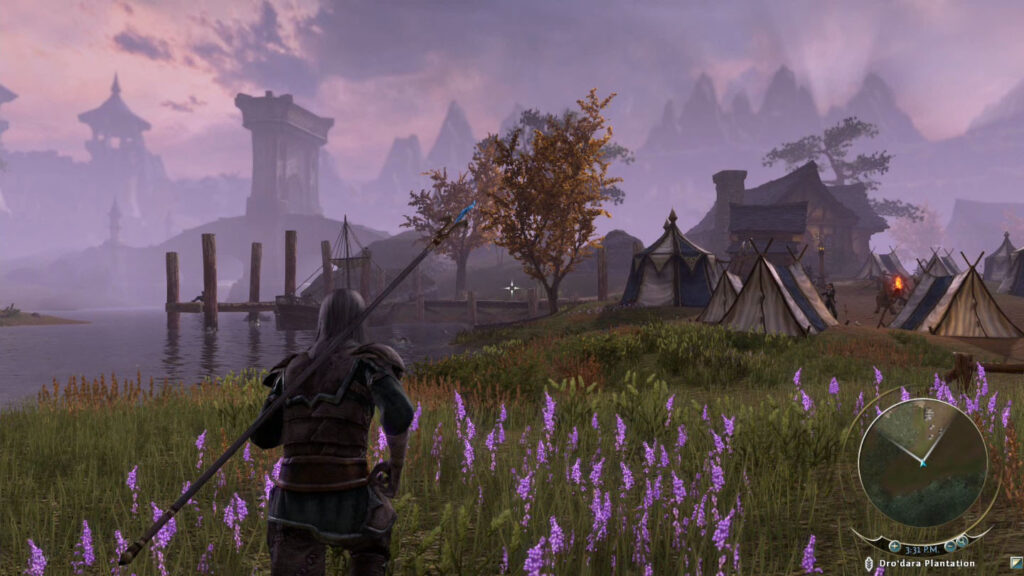 The Elder Scrolls games have always put the player right in the driver’s seat of their character. We’ve been able to look through their eyes and really become the hero we’ve created. It always added more danger and realism when something could actually be lurking up behind you without warning. When you ran away from something you had to turn around and run, leaving the creature out of your sight, hoping it was gone eventually. This is not an option in MMORPGs, however, as it’s just not an effective way to work with other people. When you’re fighting with teammates or against other players awareness of your surroundings is everything. Going into First-Person could be fun, but you’re just begging for some Dunmer to come stick you in the back. When you fail to notice something in a single-player game it’s you who suffers. When you fail to notice it in an MMO, you could be costing your entire party.

Classes as Only a Starting Point

In the previous entries in the series, classes served one purpose, to give you a starting point. After that, it was pretty much free reign on developing however you wanted. Hell, you could even just fabricate a custom class if none of the ones listed fit what you wanted to play. Classes in ESO have been described as more “open” than in traditional MMOs. You can wear any armor and wielding different weapons gives you different abilities. At the end of the day though, these classes are clearly separated from each other and will come with distinct powers nobody else has. If you play a Dragon Knight, you’re going to be an aggressive combat character that uses fire spells. Even with wiggle room to get different offensive abilities and spells, it’s never going to feel like the good ol’ days of free wheelin’, on the fly, class development. A Dragon Knight will still be fulfilling the same role in a party regardless of what you put on him. This is normal for an MMORPG but pretty restrictive when compared to other games in the series.

One of the biggest reasons we got to form our characters around how we played was how the skills functioned in previous games. Wanna run faster? Run more. Wanna pick locks better? Practice practice. This is obviously not really a viable way to handle all skills in an MMO setting. If they tried to just transfer over the same skill leveling mechanics then we’d have fields of players just jumping up and down in order to increase their jump skill. This type of progression seems to be limited to weapons and abilities. The more you use it the more that specific spell or weapon gains experience and can be upgraded. That seems really cool, but it’s really about the same as just getting points when you level up and being able to dump them into whatever ability you want. Since it only seems to cover combat abilities, I can’t help but feel as if it’s only giving us the illusion of customization when it’s not really anymore customizable, in that sense, than many other games. This goes back to my previous issue with classes; there is much less of the character forming based on how you play him.

The days of left and right hand spellcasting are behind us now. Spell used to function like a weapon, in the way that they needed to be equipped to a hand in order to use. When Skyrim came out, I immediately jumped on the dual-wield spells train and it was awesome. Being able to just run around spell-slinging without a normal weapon felt like something out of a fantasy novel. The downside was that I didn’t have a weapon in my hand to parry with or a shield to block with. That was something I had the power over though, I could craft myself however I wanted. No spell was off limits as long as I took the time to get better in it’s particular school of magic. Unlike armor, and weapons in ESO, you will not just be able to switch between different schools of spells. Your class will have a set group of spells that you and others of your class will have access to. Dragon Knights won’t get Nightblade spells and vice versa. As you level spells up, you will get the ability to morph them into new variations. This at least gives some chance to separate your spells from the spells the guy next to you is slinging. I hope that the number of spells and morphs available is considerable. Nothing bothers me more than just being defined by my class. I don’t want to be considered the exact same as the guy next to me who just happens to also be playing the same class. On that note, each class will have one ultimate spell they can use. That’s a little disappointing when they’ve been touting how you can play each class your own way. Even having a choice of just a few, similar to Guild Wars 2, would have be enough to make me feel like a unique character. Spells that you have will be seated on your hotbar where you can access them with the number keys. I don’t know about you but there is something about hotbars that really bugs me in action oriented games. There is just something about them that brings me completely out of the experience and I’m not particularly happy about ESO using them.

With the notable exception of “arrow to the knee,” for the most part the worlds of Elder Scrolls have felt alive. When you accomplish a task for someone they will change their behavior. You actually affect the people living in the world and can see the differences you make. Rescue someone for the Mage’s Guild and you’ll see that someone hanging in the Mage’s Guild from then on. These are small but important changes that give you the feeling you’re in a living world and that you’re helping to sculpt it. This just can’t be done in an MMO as someone else might not be doing all the things you do. If you have to kill an character in the town then you’re going to see that character again because other people still need to kill him too. You can’t ever really have the feeling that you’re the hero of the story, because everyone else is too.

The environment in oblivion was beautiful when that game came out and Skyrim was gorgeous in every way. There are still mods being put out for Skyrim that can make it even more taxing for decently powerful computers. That’s all due to having a world built around one single-player. When it spreads into millions of other players it’s just too taxing and unreasonable to bring to bear those levels of graphics. Graphics don’t make the game but when the games focus so much on exploration it’s certainly a gigantic plus. Often times I would wander into new content just because I was trying to get to something cool looking. ESO looks great, it’s just not at the level some people might be expecting from and Elder Scrolls game. I’ll miss looking out over the landscapes just to see how gorgeous they are.

New times are upon us with ESO and I am looking forward to them. I know this entire article was a bit of a downer, but with all of the exceptionally positive response surrounding ESO I thought I’d temper expectations a little. I think ESO is going to be awesome even without all of the things I listed in this article and lucky for us the company developing it is not Bethesda. Which means there is plenty of time for them to focus on giving as another amazing and traditional Elder Scrolls game. I’m still very much excited for ESO to come out and I’ll see you all in Tamriel when it does.

I’d like to point out that the “A Living World” and “Beauty” sections are a bit inaccurate..
A Living World
It is very possible to have rescued npcs appear in a village instead of the cave you found ’em in, Blizzard has been doing it for years with WoW as have most other MMOs I’ve played.
Beauty
As most MMOs store graphics on the client(player) end of the system, there’s nothing stopping them from using the same, if not better, quality in their graphics.
If either of these points end up being the way you stated, it’s laziness on their part, not inability to do it in an MMO setting.

dralith While nothing has been stated about the living world, we’ve seen screens of the game. It’s just simply not as good looking as Skyrim. While they can do it on a smaller scale, it will be hard to affect to world in a larger way that the previous games could produce. Perhaps I should have been more specific in my examples.