‘Doctor Who’ Gives Us the Interplanetary Crisis We Desperately Need 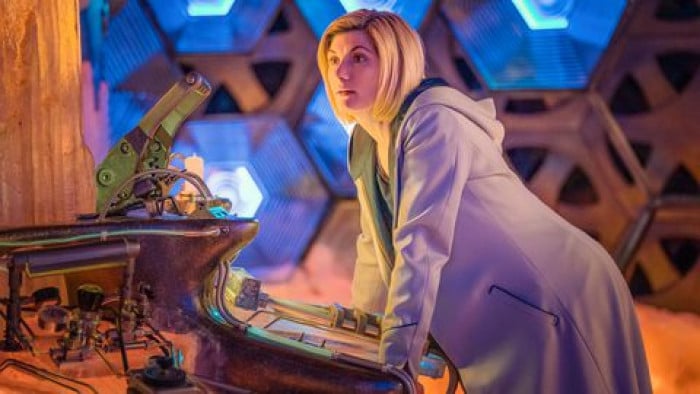 Doctor Who Season 11, Episode 10: “The Battle of Ranskoor Av Kolos”

Let’s be honest—I don’t think any of us were expecting too much out of this week’s Doctor Who season finale. On the one hand, it’s been a monumental season, with the series’ first female lead breaking new ground and shedding light on many of society’s ills. But, as we’ve discussed extensively in previous weeks, it just hasn’t felt like the same show, and not just because of the gender of the person piloting the TARDIS. It’s almost as if the writers have been afraid (or at least unwilling) to give her the same caliber of material that her predecessors have enjoyed. And that’s been incredibly frustrating.

But this week, things seem to get back to normal. It’s not a classic episode, but it’s probably the best installment of the series this year. And Jodie Whittaker proves that she’s just as capable of handling a high-stakes interplanetary crisis as anyone who’s ever wielded a sonic screwdriver. I just hate that it’s taken an entire season to get here.

What’s even better is the fact that, in addition to the elevated level of tension, the show still takes the time to contemplate two very serious moral questions (which just proves that they could have been making us think AND entertaining us all along). First, we revisit the idea of religious extremism and how it can cause otherwise good people to do very bad things. The Ux are so eager to do the will of the “Creator” that they don’t stop to make sure that the being they’re following is the right one (or even a remotely good one). So Tzim-Sha (Tim Shaw) is able to harness the virtually infinite psychic power of the Ux for his own vengeful, destructive purposes. Blind faith is a truly dangerous thing.

But the more prominent question is whether we should seek revenge against those who harm our loved ones. Graham seems determined to kill Tim Shaw for murdering Grace back in the season premiere, but Ryan (who has just as much of a motive for revenge) reminds him that retaliation isn’t what Grace would have wanted. Ryan and the Doctor both urge Graham to be the better man, and ultimately he does the right thing by imprisoning Tim Shaw rather than taking his life. The chances are good that Tim Shaw will never escape from that statis pod anyway, but at least Graham and Ryan won’t have his death on their consciences.

So we learn some valuable lessons. But we also have some real fun watching the Doctor deal with a truly life-threatening situation, and we just haven’t had enough of those this season. Granted, I’m a little disappointed that Tim Shaw is the best bad guy they can come up with—he just didn’t impress me in the premiere, and this means we’ve now gone an entire season without a classic Doctor Who villain. Plus, all those teeth in his face are really, really gross. But it does tie the finale back to the premiere, and at least he has a plan to threaten Earth along with the firepower to carry it out. That’s been sorely missed.

So, all in all, it hasn’t been the best season of Doctor Who, but it ends on a high note, and that’s a good thing. Casting a woman in the lead role was a big risk, but I think she’s done a fantastic job—and it looks like she’s coming back. I just hope she gets consistently good material like this on a weekly basis next year.

No Christmas special this year, which is kind of weird. But the Doctor and her mates (fam?) will be back on New Years Day, and so will we. And maybe we’ll actually see a Dalek!

Create Your Own Ultimate Geek Den