Home News The Creator of Pop Up Ads Apologizes
News

The Creator of Pop Up Ads Apologizes 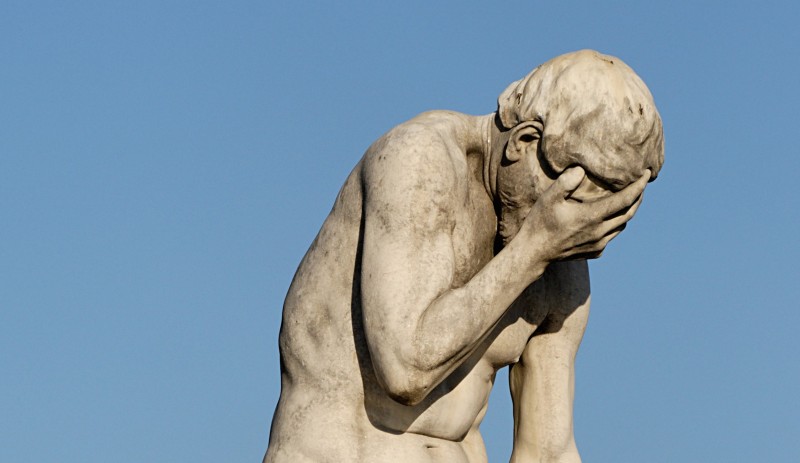 Pop ups are the worst. We all hate them. There are dozens and dozens of add ons which block them from ever appearing on our screen (some of them, ironically enough, advertised via pop up themselves). These programs have become so prevalent that they’re even built into web browsers now. Pop up adds are so hated that I’m sure that everyone who has ever used the internet has condemned the inventor to a special hell, right down there with people who work at the IRS.

Well, after being subject to countless curses, plagues, and nasty looks, it turns out that the person who invented the dastardly things is… sorry.

“All of us have screwed up situations in our lives so badly that we’ve been forced to explain our actions by reminding everyone of our good intentions. It’s obvious now that what we did was a fiasco, so let me remind you that what we wanted to do was something brave and noble.”

In a rather long and eloquent open apology letter, Ethan Zuckerman explains how he and his cohorts actually had a the best intentions when they created the bane of internet users everywhere. In his own words,

“At the end of the day, the business model that got us funded was advertising. The model that got us acquired was analyzing users’ personal homepages so we could better target ads to them. Along the way, we ended up creating one of the most hated tools in the advertiser’s toolkit: the pop-up ad. It was a way to associate an ad with a user’s page without putting it directly on the page, which advertisers worried would imply an association between their brand and the page’s content. Specifically, we came up with it when a major car company freaked out that they’d bought a banner ad on a page that celebrated anal sex. I wrote the code to launch the window and run an ad in it. I’m sorry. Our intentions were good.”

Of course, the real question here is, how did the car company know where their ad was being run?

Anyway, Zukerman goes on to explain how digital revenue from advertisements are extremely low; Facebook, with state of the art algorithms to analyze everything you ‘like’ while you’re using their webpage (and while you’re off, for that matter), only makes a mere $0.60 per user. The only reason that Facebook can even afford to sustain itself is because it has over a billion users. So even with state of the art spying technology, tracking your every move, Facebook still can’t figure out what you really want to buy. Ironic, isn’t it?

Turns out, Zuckerman was wrestling with this same problem more than a decade before Facebook was even a twinkle in Mark Zukerburg’s eye. To keep his own site alive, he had to convince companies that his website, Tripod, was valuable advertising space. He did this by boasting that his website could do what Facebook would eventually be able to do: analyze his users’ home page for their personal preferences and deliver targeted advertising. This means that the companies who were paying for the advertising would make better returns on their investment. Pop up ads were just an extension of that; a way to divorce the ad which had been targeted to the user from the page that the user was currently viewing.

Beyond that, Zukerman goes on to explain how all of this, pop up ads, Facebook spying, and even universal governmental surveillance is all partly our fault.

Let me put it this way: as internet users, we are addicted to free service. We pay for a monthly internet subscription to a giant megacorporation that rarely, if ever, delivers on it’s promises of speed and service. That’s more than enough, right?

All of the companies who are on the internet have to make a profit as well, otherwise they simply can’t afford to maintain their sites or their businesses. This puts them in a bit of a dilemma. They need to make enough money to maintain their businesses and feed themselves, but the ones who consume their content won’t pay. This means that they have to turn to those who will pay, and that turns out to be people who want to advertise products. And to make their advertising more effective, and therefore more profitable, web designers must make ever more invasive algorithms to make their advertising space more valuable.

The end result is that, since we as users won’t pay for the products that web developers are selling us, we become the product instead.

He makes some very good points, all in all. In this day and age where we take invasive data collection as a toll we must pay for being so closely connected, he points out that it doesn’t have to be this way. Instead of being products that are tracked and tagged like so much cattle, we can start being consumers again, and in the process go back to a more secure, private internet.

You can give his article a read here.

Blade Movies Series To Be Brought Back From The Dead?

Enjoy The Show: Movies To Look Forward To In September

Intentions don’t matter as much as results. Next time think before you act.