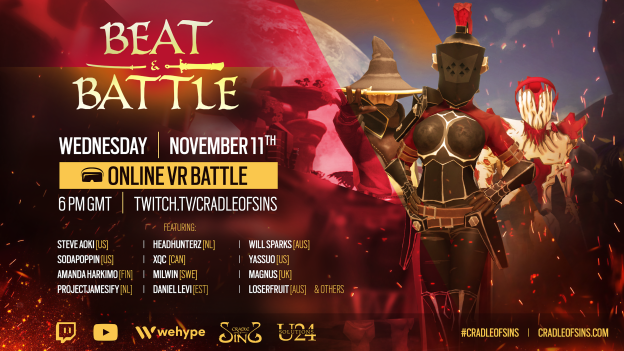 ‘Cradle of Sins VR’, the 3 vs.3 multiplayer online battle arena built exclusively for virtual reality players, will be hosting an Open Beta period starting this week alongside the upcoming ‘Beat & Battle’ Music + VR Gaming Charity Competition airing live on the Twitch today November 11, 2020 (6 PM, GMT +0, 2 pm EDT). This will give players a peek at what’s to come when the game releases on Steam in Early Access. PC users with a HTC Vive, Oculus Rift, Valve Index, or Windows Mixed Reality headset can register now for a beta code directly on the Cradle of Sins VR discord channel to request access: https://discord.com/invite/uK86MHH and navigate to the #get-steam-key channel.

‘Crafting a potion and adding it to the character slot.’

This event will bring out some of the best talent and biggest names from each industry, viewers will recognize well-known DJs such as Steve Aoki, Headhunterz, and Will Sparks, Milwin as well as YouTube and Twitch players like Sodapoppin, xQc, Yassuo, ProjectJamesify, and Loserfruit.

The game is played in matches between two teams of three players with each team defending their own separate Altar on the map. Each of the players independently controls a powerful character. The game features 10 unique characters at release, each of which has their own unique weapons, abilities and upgrades. Different weapons ranging from swords, crossbows, shields, staffs and powerful crystals. Players have a passive income of gold and get rewards for killing enemies across the map. This gold can be used to buy weapons and upgrades to successfully battle the opposing team’s character in player versus player combat. A team wins by being the first to destroy a large structure located in the opposing team’s base.

‘Rushing together with Minions to the enemy turret.’

U24 is a small team with big ambitions. Our focus is to polish the gameplay aspect by building a steady player base who can take part in the development process. In its current state, the game features 4 main characters and 28 weapons. Each character has their own unique abilities and upgrades.  Learn more https://www.cradleofsins.com

Cradle of Sins VR will be in Early Access for six months before full release. U24 is aiming to have the full version well-balanced with different playstyles and strategies. The gameplay and VR world will be more interactive with additional characters and weapons upon full release. Wishlist on Steam. 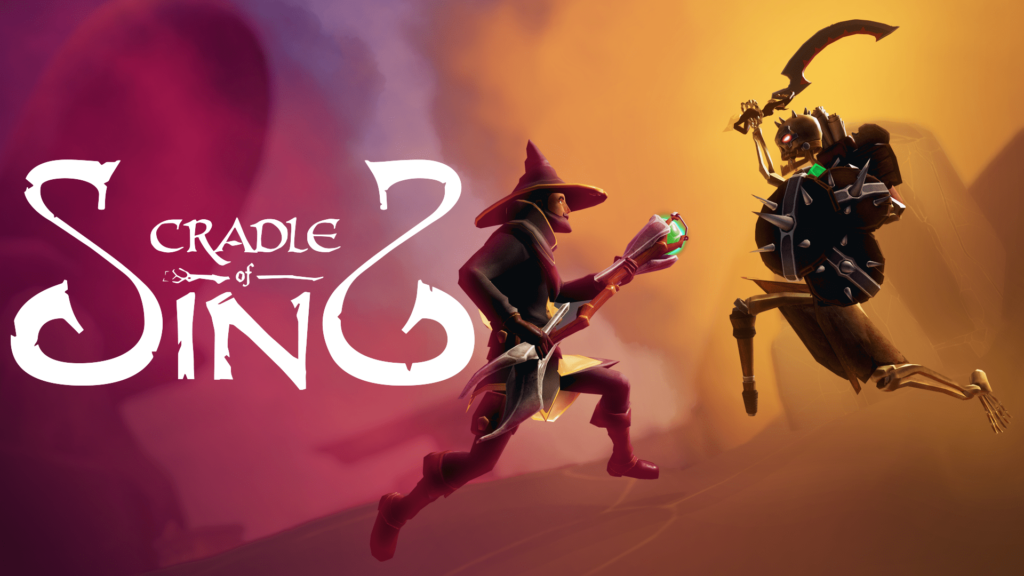 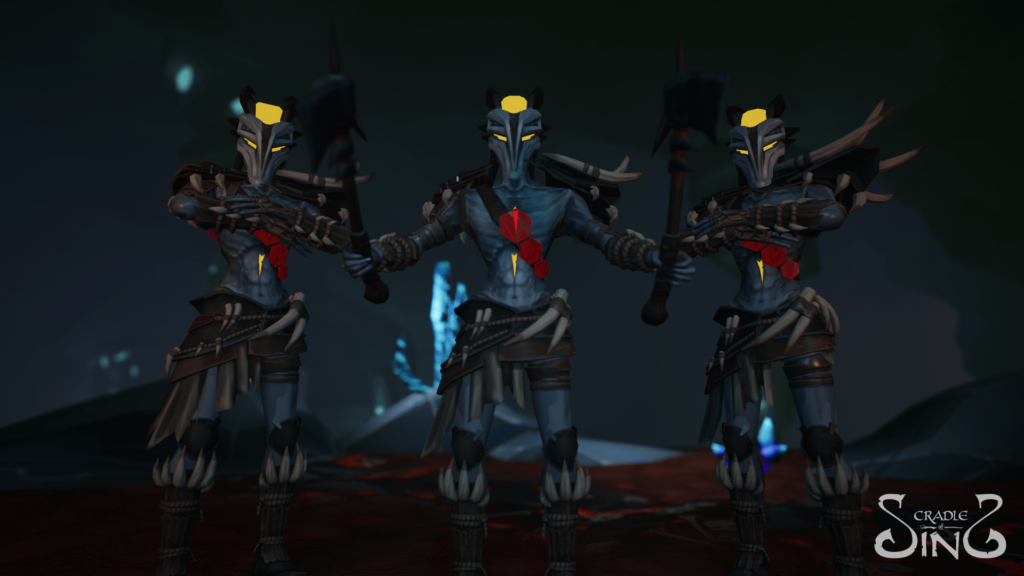 Do People Who Like Geek Culture Feel Marginalized and Use Alcohol or Drugs to Cope?