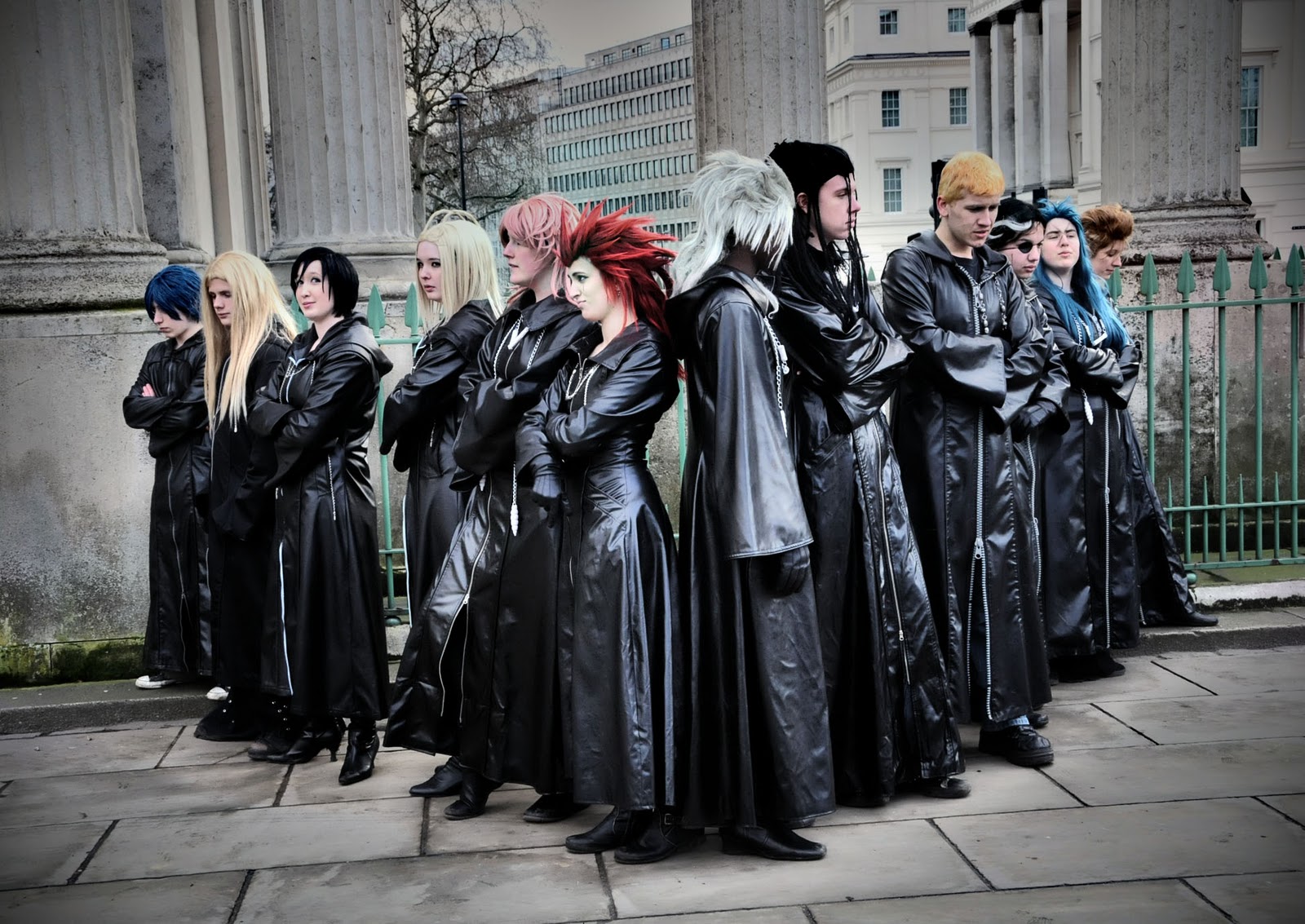 For many, summer means three homework-less months of friends, vacationing, and long days spent by the pool. For others, it means the height of “con season”—the time of year during which most anime/video game connections take place. And where there’s a con, there’s going to be cosplayers.

Of course, cons aren’t the only time when these guys and gals don the attire of their chosen characters. Halloween is another hot time of the year for cosplayers as is the spring and fall, when the weather’s just right for outdoor cosplay photo shoots. Regardless of the season, the time is already right for cosplaying. Making the most of that time, however, is entirely up to the cosplayer. Below are seven tips for making the most of your cosplaying experience.

There’s More Than One Way To Style a Bun 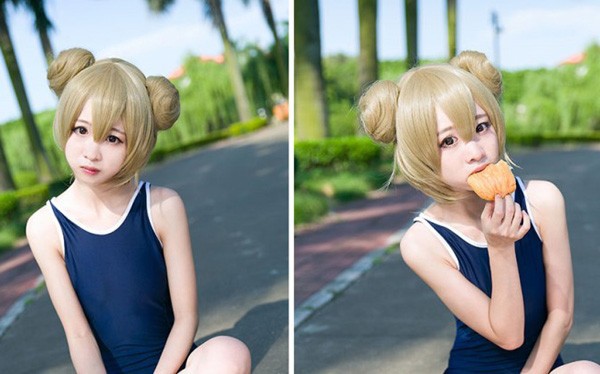 New cosplayers often stick to their favorite cosplayers’ methods of doing a particular cosplay. While following a tried-and-true method can work, it can also deprive you of finding a different method that might work better for your unique rendition of your chosen character. Instead of sticking to one method, research different ones that achieve the same effect. Find other cosplayers who cosplay your chosen character and ask them how they made their costumes. Join communities that are supportive of all cosplaying levels and ask for advice. Watch hair, make-up, and costuming tutorials on YouTube. Keep a front and back full-body shot of your character on you at all times in case you run across an item that can be used or altered to use for your cosplay. Take a clear, neutrally lit close-up of your character’s face with you on your next trip to the drug store and match up the different tones of his or her face to lip stick, concealer, brow definer, blush, and eye shadow colors that suit your own skin tone. Study the same close-up of your character’s face, determine the shape and highlights of his or her face, and experiment with your make-up; see what effects you can achieve by adding and removing it and then adjust as necessary.

When you’ve got your outfit, accessories, and make-up down-pat, put it all on and see how it works together. Before you pass any judgments on the finished product, remember that how you feel about your cosplay is more important than whether or not it looks exactly like another cosplayer’s or is 100% accurate. Angelina Jolie didn’t need a teal tank-top and khaki shorts to pull of Lara Croft—just the basic look, a little bit of confidence, and a lot of attitude.  As long as you’ve got those three things, you have the most vital ingredients for a successful cosplay.

Leave Your Guns at Home, Bill 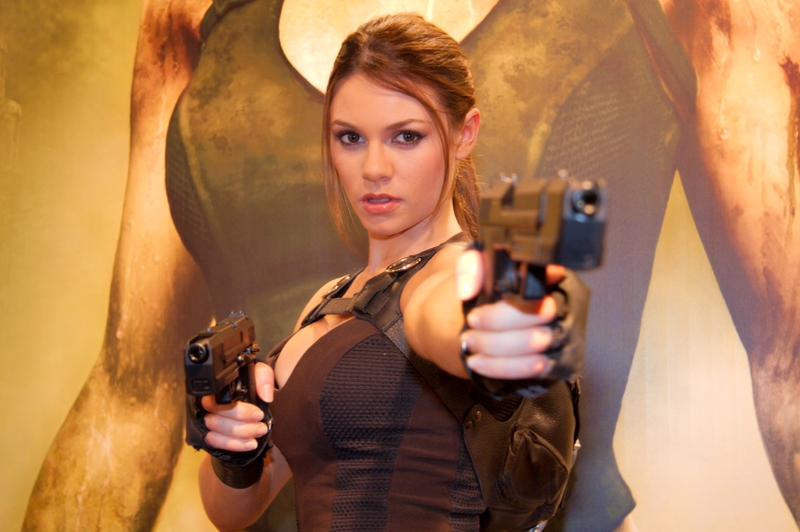 Many characters, especially those from franchises meant for mature audiences, carry firearms and other weapons.  While some cons allow models and toys that look like weapons, you should never make assumptions. Read all policies pertaining to the presence of items that look like weapons on con grounds. In the case of photo shoots, try to find a private area in which you, a friend, a family member, or co-worker is familiar. If only public areas are available, be sure to call the maintainers of any of those areas that you’re interested in using, tell them that you’re doing a photo shoot that involves an item that looks like a weapon (elaborate if necessary), and ask their permission to use their area.

If they grant permission, establish a time and date so that they can take the proper measures on their end to ensure that no passersby who may be in the area at the same time as you see your photo shoot and get the wrong idea.  (Remember: any item of the right shape, size, and color will look like the real McCoy from a distance, and the wise person won’t stick around long enough to figure out what’s really going on. The last thing you want to do is make people feel threatened or unsafe in your presence. That’s not what cosplay is about, and it’s not what you’re about.)  Should either the con or the maintainers reject the presence of such an item on their grounds, look into using a commonplace item that can serve as a melee weapon, such as a pipe or a crowbar. If all else fails, revisit your character’s franchise, choose a non-weapon item that’s part of your character’s image (such as a camera or a journal), and rework your con poses and/or photo shoot around it.

The Early Bird Finishes His Cosplay on Time

Although there are exceptions, the vast majority of cosplays can’t be crafted in a day. Most can’t even be crafted in a month. Unless you get very lucky and score all of the items needed for your cosplay right off the bat, you’ll probably need several weeks—perhaps even several months—to find, alter, and assemble the pieces for your costume. In that time, keep an eye on thrift stores, dollar stores, multi-department stores, and eBay not only for items that suit your cosplay but also items that can be altered or combined with other items to suit it. Cross-reference prices to make sure that you’re getting the best deal available. If need be, borrow items from willing friends, family members, and co-workers.  It takes a lot of effort and shopping around, but it beats the stress (and cost) of trying to speed-assemble a cosplay the week before you need it. 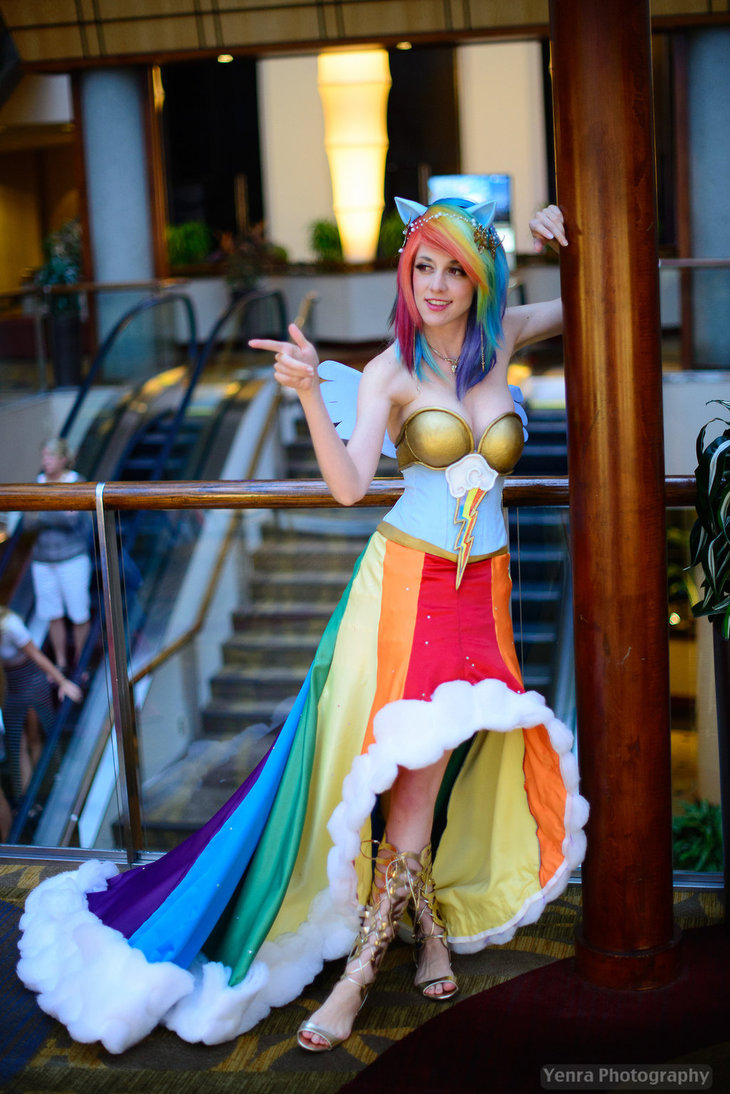 Part of the fun of cosplay photo shoots—and cosplay in general—is the challenge of replicating your character and his or her franchise in the real world. As you go about your day-to-day routine, keep an eye out for areas that might make good photo shoots settings. If the areas that you find aren’t very familiar to you, be sure to ask friends, family members, and co-workers who are familiar with them—specifically about how safe they are.

If you can’t find any areas that suit your cosplay, describe the kind of area for which you’re looking to use; they may very well know of such an area. Or, if all else fails, simply pick an available area and plan your photo shoot around the concept of your character visiting or getting lost in that area. Regardless of where you choose to shoot, always ask permission from the owners and/or maintainers of the area beforehand (especially if your cosplay might startle or frighten passersby) and have a trusted companion accompany you. The last thing that you want to do is put yourself in danger just for the sake of cosplay.

The Weather Channel is Your Friend

The week before a con or a planned photo shoot, start paying attention to the weather forecast for the area in which it will take place. If there’s a chance of precipitation on the day of the event, take a poncho, umbrella, or (in the case of snow) a warm jacket with you, even if the event happens to be a shoot involving falling weather. Should the day be balmy and hot, take a few water bottles and a miniature fan with you. It might be a good idea to bring an opaque umbrella as well, just in case you get stuck standing in direct sunlight for a long period of time.

Depending on your hot/cold tolerance, it might also be a good idea to schedule your cosplays around a certain time of year so that you don’t have to put up with the discomfort of wearing a bikini top in the winter or a long-sleeved tactical uniform in the summer. If you must, though, limit your wearing of the cosplay in question to summer nights (when it’s cooler) and winter days (when it’s warmer) and stay inside a climate-controlled building as much as possible.

Although your cosplay is a “you-only” project, friends, family members, and co-workers can prove invaluable as both a resource and support system in your bid to make your cosplay a success. They can lend you items that you need, give you second opinions, photograph you, help you craft more sophisticated pieces, and even cosplay with you. If they can’t, then they might someone who can. So don’t shy away from asking for help just because you don’t want your loved ones to find out that you like dressing up as fictional characters in your down time. Get them as involved as possible. If nothing else, it’ll give you an excuse to spend time together.

Brace Yourselves: Haters are Coming

Another part of the joy of cosplay is sharing your cosplay. Sites such as deviantART and Tumblr contain oodles of cosplay photos while other sites, such as Cosplay.com and World Cosplay are dedicated solely to cosplay. But just because there are a lot of people who love cosplay doesn’t mean that all of them are nice. Sadly, there are many people who seem to enjoy spending their days doing nothing except anonymously insulting cosplayers from behind the safety of a computer screen. There are even numerous blogs dedicated to the purpose of ridiculing cosplayers.

Most of these insults target not the cosplay but the physical appearance of the cosplayer, often citing a cosplayer’s size and attractiveness as reasons for the “failure” of the cosplay. Many cosplayers have had to face this especially heinous form of bullying before, and—if you do choose to share your cosplay on the public internet—chances are you will too. You can’t control your body type, the shape of your face, or any disorders or imperfections that you may have, but you can control your reactions to these insults. Rather than begging these people to retract their comments (which will result in more belittling) or quitting cosplay all together (which will result in even more belittling), just ignore them and keep doing what you’re doing. Who knows? Their immature comments might entice curious readers to take a gander at your photos and score you new fans in addition to page views, especially when they see how chill you’ve kept during the whole incident. Remember: you can buy a cosplay, but you can’t buy class. So smile that cool-as-ice smile of yours and show those clowns what class looks like.