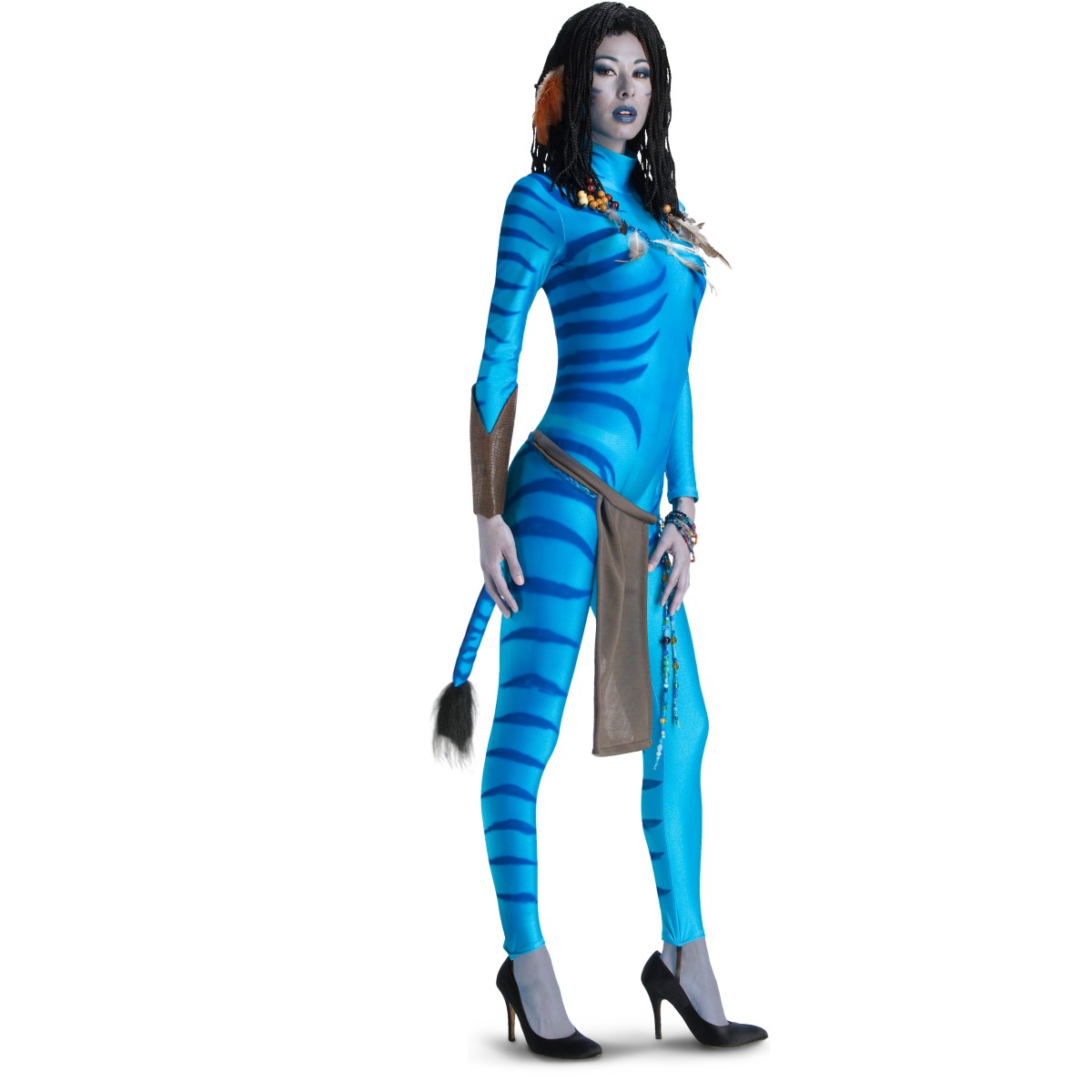 With Halloween just around the corner, thoughts turn to one topic: costumes. Though the idea of an adult dressing up in a crazy outfit to impress other adults is pretty standard (albeit rather strange, when you think about it), the motivations behind which costume is chosen can be very different. While millions of horror fanatics are plotting to utterly terrify trick-or-treaters and countless young girls are finding ways to terrify their fathers, geeks of the world create costumes for a much more simple purpose: peer recognition. Because let’s be honest, not much is more awkward than having to explain your costume time and again around the punch bowl at the office party. Here are five geeky costumes that will always get the nod of approval and recognition on All Hallows Eve:

Slap on some blue paint, a pair of Spock ears, and a loincloth, and suddenly you are a high-flying Navi warrior from James Cameron’s blockbuster film. Of course, bonus points are awarded for any mastery of the Navi language and/or a homemade version of those flying dragon things. Pros: Show of your bod; Can use any number of David Cross quotes from Arrested Development as geek crossover conversation material.
Cons: Can’t sit on furniture; If large and hairy, likely to be confused with Beast from X-Men. 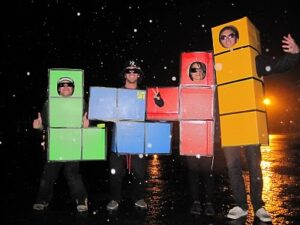 A fun group costume that only requires cardboard and some skill in geometry, Tetris is a childhood throwback that is sure to be a party hit. Find a few friends who are willing to join in, and draw straws to see who gets to be the straight-line piece. Pros: Endless sexual innuendos regarding “fitting pieces”
Cons: Nearly impossible to use the bathroom in costume or move in crowded spaces; Tetris soundtrack can get awfully repetitive. 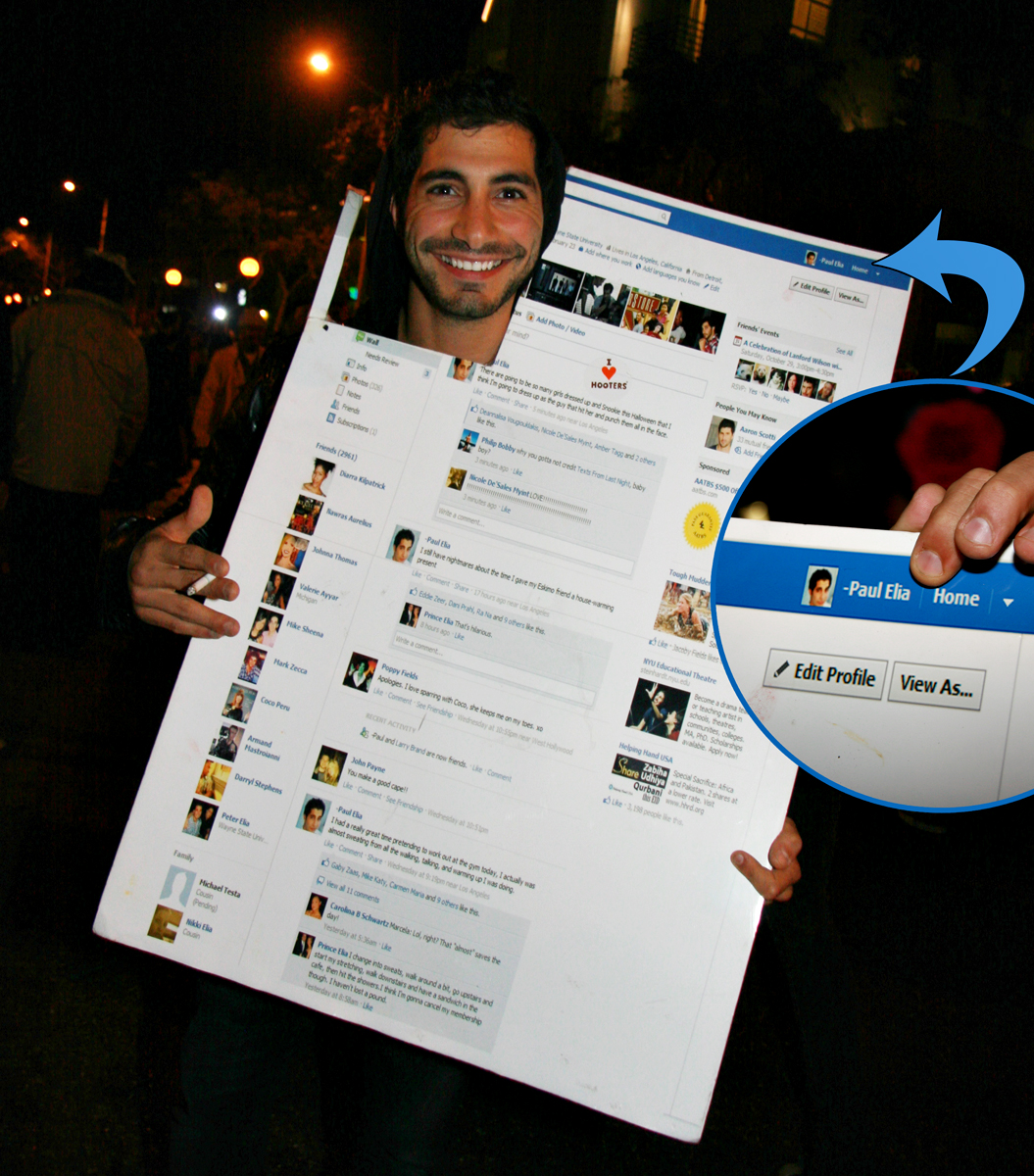 Yet another dirt cheap but instantly recognizable costume, “The Facebook” idea is extremely customizable. List your interests, political opinions, pictures of your kids/pets/meals. OK, maybe not all those details. Let’s not get too intrusive. And on second thought, drop the “The”, and just call it “Facebook”. Pros: Perfect costume for the lazy introvert, the board can do all the small talk; Setup time under five minutes.
Cons: Farmville. 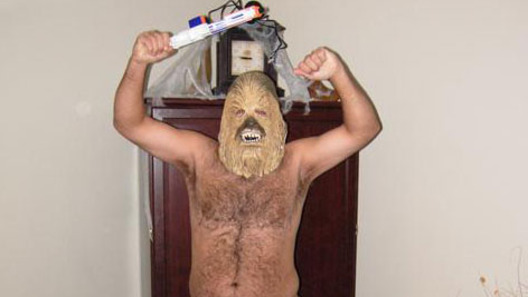 Do you find yourself towering over your friends? Do you enjoy making random loud, guttural noises? Do you have frighteningly excessive body hair (see photo above)?  If so, the giant furry sidekick from the Star Wars universe is a perfect fit. Find a handsome, wisecracking smuggler (who always shoots first) as a partner in crime, and even visitors from galaxies far, far away will know this costume. Pros: Fur is great for keeping toasty in cooler fall weather; sure to get involved in a few epic staged shootouts with the countless Imperial Storm Trooper costumes.
Cons: Hard to find parking for the Millennium Falcon; sugary candy can get stuck in fur.

After the monumental success of  movies like X-Men, Iron Man, and Captain America, superheroes have leaped off the pages of comic books and into the mainstream. Halloween stores are filled to the brim with cheap costumes of Marvel good guys and bad guys alike. Sure, you could go with one of the A-listers like Tony Stark, but with the ever-expanding cast of characters in the Marvel universe, the possibilities are nearly endless when looking for a well-known caped crimefighter! Pros: Likely to find a team of like-minded heroes to share in your adventure; costume can be re-used for midnight premiers of upcoming Marvel movies.
Cons: Spandex is not for everyone; Almost 100% chance to meet someone wearing the same costume.

One final note: while the costumes above are nearly guaranteed to get your recognized at any Halloween outing, always remember creativity is the real spirit of the holiday! Sometimes a spark of genius and a simple, perfectly executed costume are all you need to be the life of the party. Do you have ideas for this year’s great geeky costume? Share it below!

Hailing from the mountains of East Tennessee, Spencer Huddleston is rumored to have only recently learned about electricity, and seemingly looks upon all things tech with the pure wonder of a wide-eyed child. When not pursuing a career as a moonshiner, Spencer enjoys all things gaming, obscure Netflix documentaries, and building his own PC.