Home Entertainment Conclusion: ‘The Vault of Horror’ – I Wasn’t Even a Little Close
Entertainment

Conclusion: ‘The Vault of Horror’ – I Wasn’t Even a Little Close 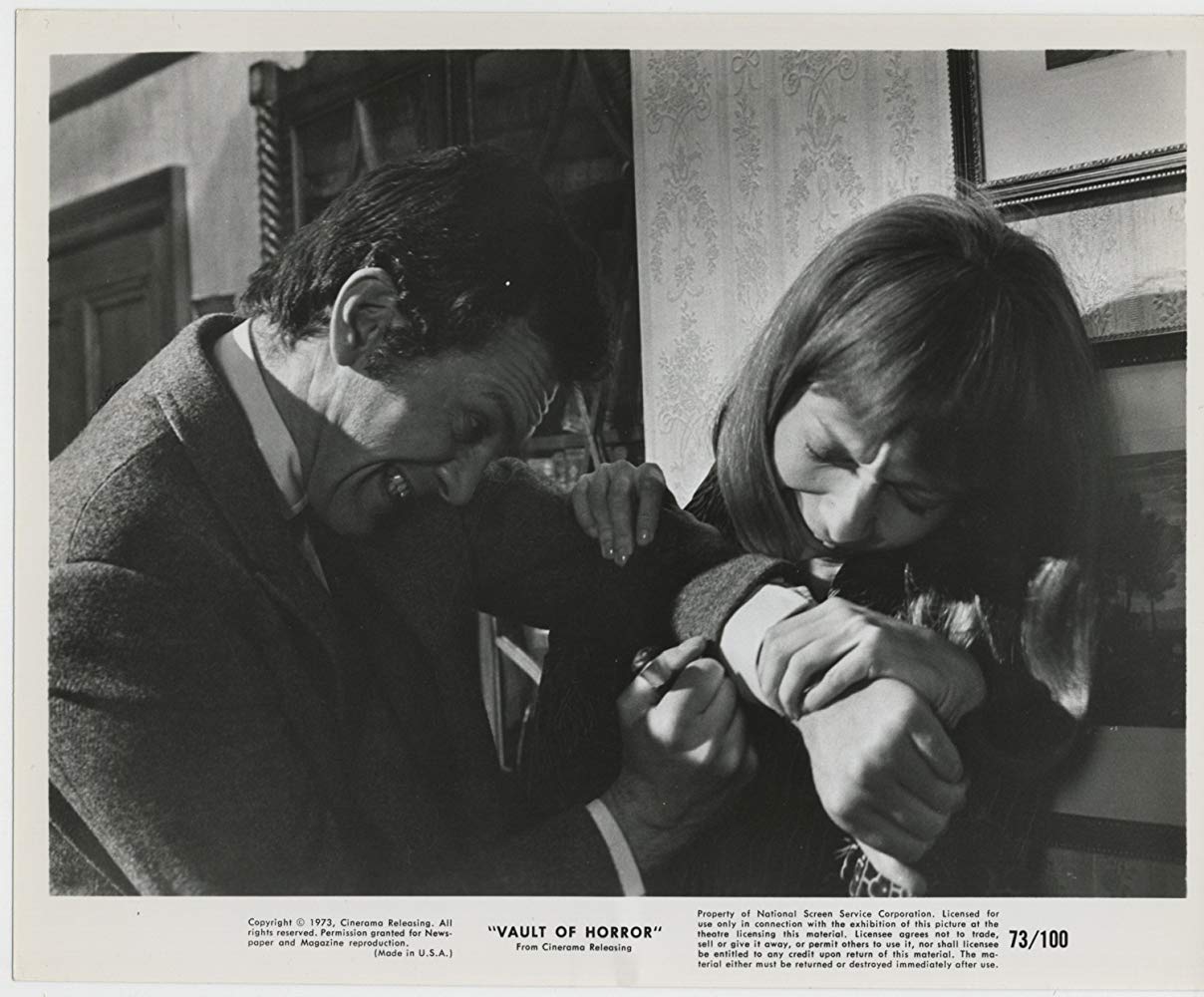 I have, in my life, been wrong with a gusto and frequency unmatched in modern memory. It’s a sad talent to have, I’ll admit that readily, but I’ve learned to lean into it. If my first instinct is to turn right, you can bet your sweet donk I’m going to turn left, and I’ll get where I’m going. All of which is to say that in my long history of being astoundingly wrong, I’ve never been more so than in my guess of what The Vault of Horror is about.

In my defense, I did qualify from the outset that I couldn’t really tell a damn thing from the trailer, and that my guess was pretty blind. Literally no aspect of my prognostication was correct – a quick stroll down memory lane, shall we? I guessed that it would be about a cemetery owner trying to save the family graveyard (and infinite gratitude to everyone who refrained from pointing out that “family graveyard” probably isn’t a thing) with the help of some ghouls.

Here’s what it really is: Well, first, what it really is is apparently inspired by the old Tales from the Crypt comics. That may give you a notion of the tone, but for those unfamiliar, let me qualify; there’s a sort of winking awareness-pulpyness, even – to the goings on. The Vault of Horror is an anthology series. Five middle aged white dudes all find themselves in an elevator that ignores the buttons they’ve pushed and takes them to a sub basement of the building, one they never knew existed, but that is kindly outfitted with plush chairs and some champers for the drinking. It takes, at best, the most cursory understanding of story-telling to know with pretty crystalline clarity that this is hell/purgatory. Unknown sub-basement? Elevator that won’t take orders? Other people? C’mon. We know where this is going.

Anyway, because they’re all stranded, these gentlemen decide that the best way to pass the time is to tell each other about the vivid nightmares they’ve been having. Each of them has been having a recurring dream that involves some varying degree of villainy on their part – well, except for the guy who’s only real crime is being obsessive compulsive, but more on that in a bit – and ends with them being killed for their sins. We’ve got vampirism, voodoo, mysticism, and everyone’s favorite horror element, extreme cleanliness. And you know what? This dated piece of relative trash is pretty damn fun!

That said, I don’t know that it holds up to a modern audience. There is a lot in it that, viewed through the lens of the era it was made in, feels fine but was misguided and were it to be remade, I believe would pretty emphatically have to be either changed or cut completely. The Western leer at voodoo, for example, or the sort of fetishistic representation of the Middle East….these things would not play very well in a modern production. In the sort of technicolor slapstick of The Vault of Horror, they feel of a piece with how dated the whole damn production is. Also, the decision to put someone who is clearly suffering from obsessive compulsive disorder into the same Hell’s waiting room as a group of pretty blood-thirsty and self-serving murderers feels inconsistent at best, and at very least a little wrong-headed. Particularly given that the movie serves, more than most, as a very specific brand of morality tale – I’m not totally convinced that most of us need to be told not to shoot our vampire sister to get her inheritance, or not to murder Middle Eastern rope charmers to steal their magic tricks, or not to murder our art dealer because they were skimming off the top (I think you’re starting to see the theme emerging here) – it feels really peculiar and ill-advised to punish the persnickety businessman for what most modern audiences would view as a symptom of a larger mental disorder.

That said! We’re clocking in at a tidy 83 minutes, and it really is pretty fun. There are many worse ways you could pass a Saturday night than chomping on some pizza, having a couple of beers, and learning an important lesson about not killing people just because they annoy you.

Next time I’m watching and speculating on the trailer for: The Transfiguration. It has a cool still image for Shudder, and I’ve legit never heard of it. Let the games begin.

‘Archer: 1999’ Starts to Lay the Ground Work for Next Season in a Very Disconcerting Episode