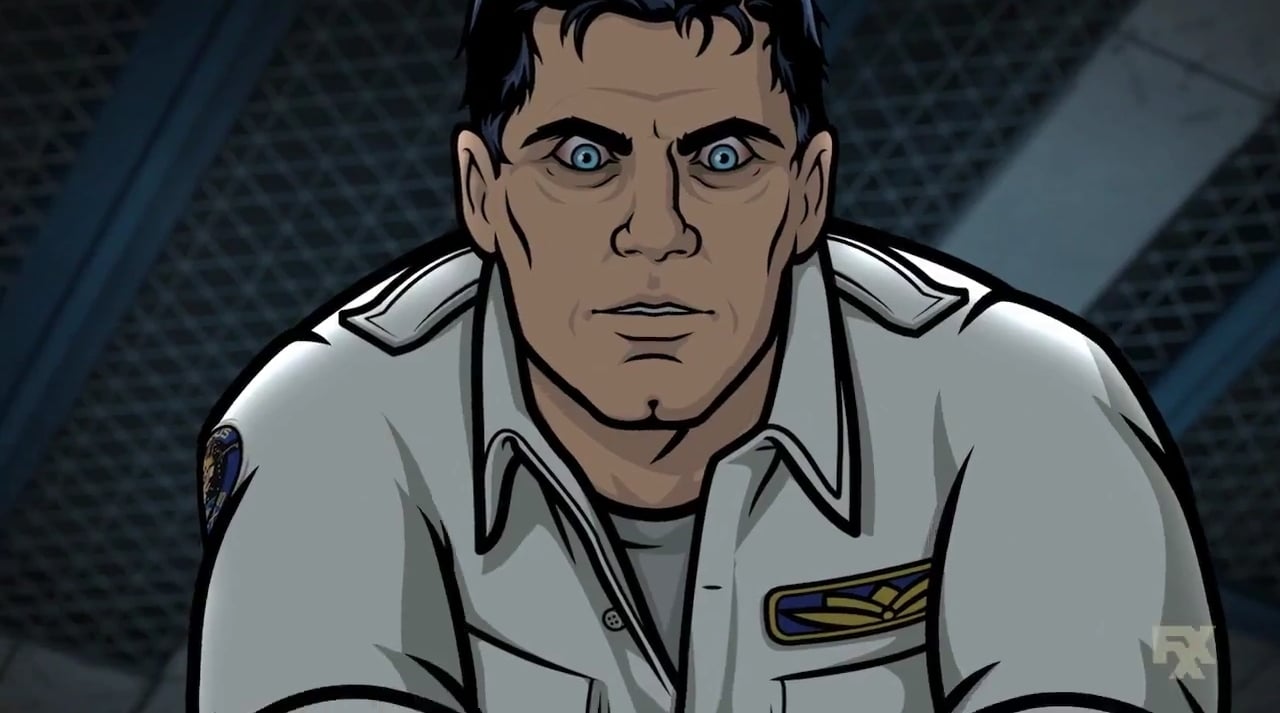 But watching Archer attack Lana like that just felt a little over the top. I get that Archer is apparently having some sort of psychotic break, and so it’s not the kind of thing he would do in his right mind. It’s obvious that, despite their constant bickering (or maybe because of it?), the two of them have very deep feelings for one another. So this is obviously out of character for Archer.

Or is it? We’ve seen him shoot, berate, and beat the crap out of his “friends” since the beginning, so we know the kind of violence he’s capable of. And passion does crazy things to people. So who’s to say that, by trying to stuff a magazine down her throat, he’s not channelling his true feelings for Lana in a very distorted way?

Because the important thing to remember is that everything’s happening in Archer’s subconscious. It’s easy to forget that the “real” Sterling Archer is still lying in a coma in a hospital bed somewhere in Los Angeles, and the past three seasons have all been manifestations of the stuff going on inside his head. We’ve all had crazy dreams where we’ve done horrible things—sometimes even to the people we care about. I’m no expert in dream psychology (if that’s even a thing), but I’m pretty sure that doesn’t mean we plan to, or even really want to, actually do them. But maybe it does mean that we have some issues that we need to work out.

So maybe all this (along with next week’s season finale) is laying the ground work for Season 11 when rumor has it that Archer will finally wake up from his coma. I can envision a scenario where Archer realizes how close he came to actually dying and tries to make amends to the ones he’s treated like crap over the years (which includes just about everybody). Since he sees everyone as they were in his past at some point in the episode, maybe his mind’s trying to remind him of the people who love him and whom, deep down, he loves as well. We’ve already had an episode where he imagines a kinder, gentler version of himself, so maybe that’s what we have to look forward to.

Or maybe Archer will realize that he just cheated death, which means that, as he’s always suspected, he’s immortal. So take that, losers.