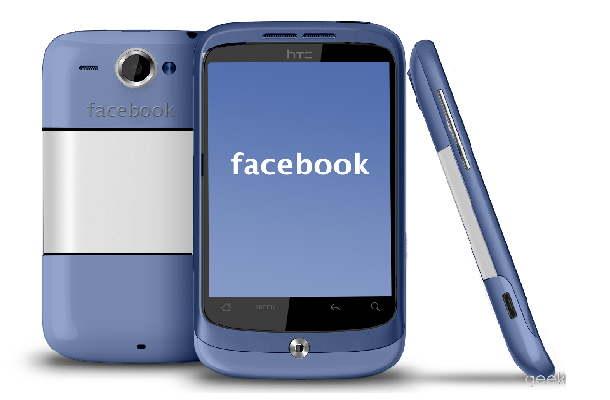 We always had some sort of a Facebook phone when HTC had released the ChaCha, and its full touch equivalent – the Salsa, in 2011. The phones came with dedicated Facebook buttons to share content on the social networking site, and were the closest a handset could get to being a Facebook phone.

The ChaCha and Salsa did not have much of an impact on the market, and disappeared rather quickly. But that hasn’t deterred HTC from giving this concept another shot. Rumors have resurfaced again about an HTC device targeted at young, mobile-driven users that would be made in collaboration with Facebook, along with backing from AT&T.

The phone has been named Myth. Those who were looking forward to a Facebook-branded device, will be disappointed. But UnwiredView claims to have confirmation from a reliable source regarding the specifications for the phone that will have a lot of Facebook underneath its hood – and for now, again, that’s the closest it can get to being a Facebook phone.

Smartphones are now the primary devices to connect to the internet, and Facebook’s next wave of growth is going to be driven almost single-handedly by the mobile industry. In such a scenario, a dedicated mobile phone would deliver Facebook to yet another, and larger base of users, and thus obviously makes perfect business sense. What remains to be seen, is if the phone will be a success.

The successor to the ChaCha and Salsa will run a 1.5 Ghz dual core Qualcomm Snapdragon processor – the MSM8960 SoC, along with 1GB of RAM, and 16GB of storage space. It will not have an expansion slot for any additional memory. The screen will be 4.3 inches in size, with a 720p display. And at 320 pixels per inch, it’ll be almost as good as Retina Display. Going by the specs, it will fit in to the mid-range category – and with such solid specifications – it looks like a winner.

Even better – Myth will also have 4G LTE capability, and will come with Android 4.1.2 out of the box. This means HTC has yet to have a phone running Android 4.2, with the One too launching with 4.1.2 in a few days time. The disappointing part about Myth, though, is the rear camera. While the front camera of the device will be an impressive 1.6 megapixels, the rear camera will only have a 5 megapixels sensor.

8 megapixels for the rear camera is the current standard for most smartphones, with high-end ones now moving to 12 and 13 megapixels. In such a scenario,having a 5 megapixel camera might just put off potential customers from buying what seems to be, at least by its specifications, a perfect mid-ranged phone. It is not clear, however, if the camera on the Myth will be an Ultrapixel camera. The Ultrapixel camera is a recently announced propriety imaging technology from HTC, and is currently only available on the soon-to-be-launched HTC One. It aims to deliver high-quality images even in extremely low-light conditions. The HTC One, despite having a 4 megapixels sensor, combines it with Ultrapixel technology to produce images rivaling top-end smartphones. Therefore, if anything, it is the Ultrapixel camera that could rescue the Myth from this rather perplexing HTC decision.

But there’s no word out yet on whether this technology is going to be made available to other HTC devices. Industry insiders say it is unlikely that this technology would be ported to any of HTC’s ‘lesser mortals’, and instead, would stick to its flagship models only.

As for the other specifications – the Myth will have the usual range of connectivity options – Bluetooth 4.0, Wifi a/b/g/n, LTE and HSDPA. Rounding up, the final list of specifications are:

That’s all we know about the phone as of now. The Myth is expected to launch in late spring. We’ll just have to wait and see if the phone has the impact Facebook would want it to have. HTC has had a bad 2012, with the One X losing to Galaxy S3, primarily due to marketing failures. For similar reasons, the ChaCha failed, and soon after, the Salsa failed. HTC will have its fingers crossed now, and will hopefully have a better marketing team in place this time. We will be waiting to see if it will have an Ultrapixel camera – the lack of which could be the focal point driving away customers.