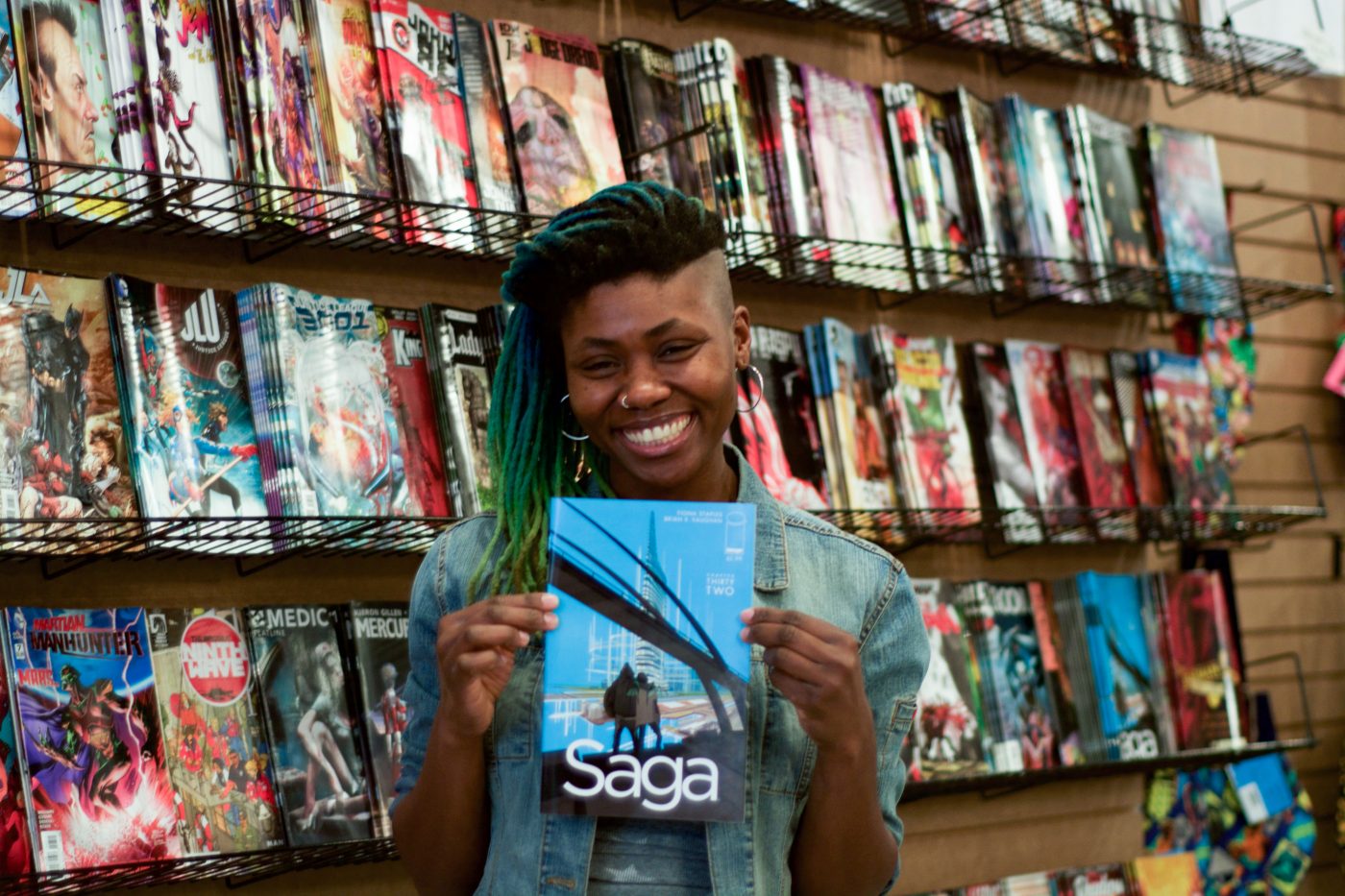 Trailblazer Ariell Johnson, 33-year-old founder and president of Amalgam Comics & Coffeehouse in Philadelphia, will appear on a variant cover of Invincible Iron Man #1. The comic will hit shelves next month and features Johnson and new Marvel superhero RiRi Williams together.

Johnson opened Amalgam Comics & Coffeehouse last December, establishing herself as the first woman of color to own a comic shop on the east coast. She says her love of all things geeky was triggered by the superhero Storm, the only woman of color superhero she had seen growing up. In an interview with ABC, Johnson stated “…little white boys have so many [with whom they identify]: ‘I want to be Iron Man!’ ‘I want to be Batman!’ ‘I want to be Superman.’ ‘I want to be Han Solo!’ When you are a person of color, you’re scraping the bottom of the barrel to find someone you can identify with.”

Johnson wants her shop to be an inclusive geek space and has made herself a role model for girls and women everywhere. Women and girls need a place in the comic shop space too because we can be geeky and we can be superheroes. Ariell Johnson and the ever changing cast of superheroes of today are proving that.