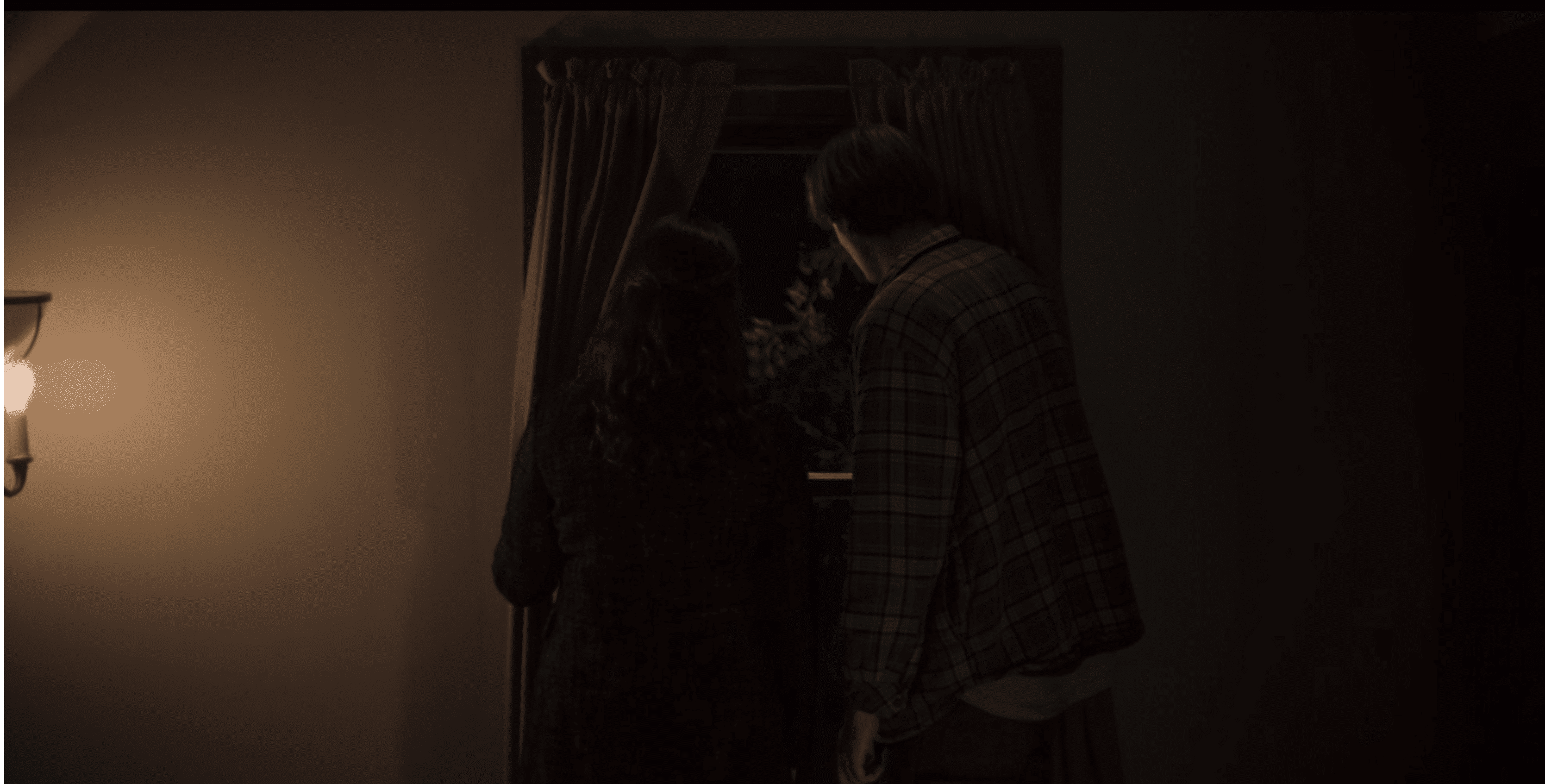 By now it is more than evident that Castle Rock is a town of terrible occurrences. The newspapers are filled over the decades with stories of crimes of passion, hate-filled revenge, unlikely endings, and atrocities that confound all. Recent weeks have only brought more of the same. Havoc of all sorts sweeping through the town. The killing spree by a guard at Shawshank prison. Wildfires scorch through the forests of Maine. Birds flying into still surfaces, effectively committing suicide. Mental health facilities burnt to the ground when numerous patients set fire to their own beds. Ruth Deaver shooting her beloved Alan Pangborn. All those close to the source suspect it follows The Kid. And those same people also know it is far from over, there are more terrible occurrences to come.

Recall that couple that came to look over the house of the deceased Warden Lacy? We now know that they closed on the property and are moving in. They decided to turn the house into a historic bed and breakfast, an honest and quiet endeavor. Right? Wrong. The couple has turned the house into a Bed & Breakfast: yes. It does uphold the promise of a historic immersion: yes. But this is not ordinary, mom-and-pop B&B. This, my morbid friends, is a murder house, and they’re about to host their first guests.

Now here my friends is the introduction given by Gordon, the husband of the couple:

Castle Rock was apparently voted the Murder Capital in 1991. Gordon is supposedly fond of the macabre, having done his PhD thesis on the BTK Killer.

“We believe this to be the first fully immersive lodging experience of historical integrity for the true crime aficionado.”

No, your eyes are not fooling you. That is a mannequin sitting next to the woman casually with an axe in it’s head and fake blood pouring down its face. Just keep reading it gets better.

“How long have you been married?”

A simple question. She has a ring, he has a ring. They are checking into a quaint little B&B location in a quiet town. Or so it may seem. Their answers open a can of worms that just cannot be resealed. Her answer: “13 years.” His answer: “two, for me.”

A little back story in case you missed it. The whole reason the couple decided to move to Castle Rock was because his wife cheated on him. With a colleague. Then he had to resign his tenure and leave. Warden Lacy’s house was on the market and the couple was intrigued by it, despite its desolate and murderous history. We saw his expression when the booking couple made it no secret they were married, yes, but not to each other. Anyone else sense a trigger in Gordon? Uh oh. This cannot be good. And it isn’t.

Gordon murders the couple in a fit of rage, crime of passion, moment of insanity, who knows. But we know that this isn’t exactly the ideal first guest experience. Unless, you challenge that they got an extra special murder house experience: being murdered! This is just one of a slew of terrible occurrences in this episode.

Jackie Torrence, Castle Rock’s resident macabre history buff, stops by the Lacy House. The entire situation is tense. Firstly, she lets herself in which is odd. Secondly, the couple is mid-dismemberment of the bodies. The couple ushers Jackie out with terse words and rushed excuses. Jackie finds this rather odd, as she does the car stacked with trash bags. On her walk back to her car, she toes a metal trinket of some sort. Upon closer inspection, she realizes the trinket is a woman’s bracelet, and it has blood on it. 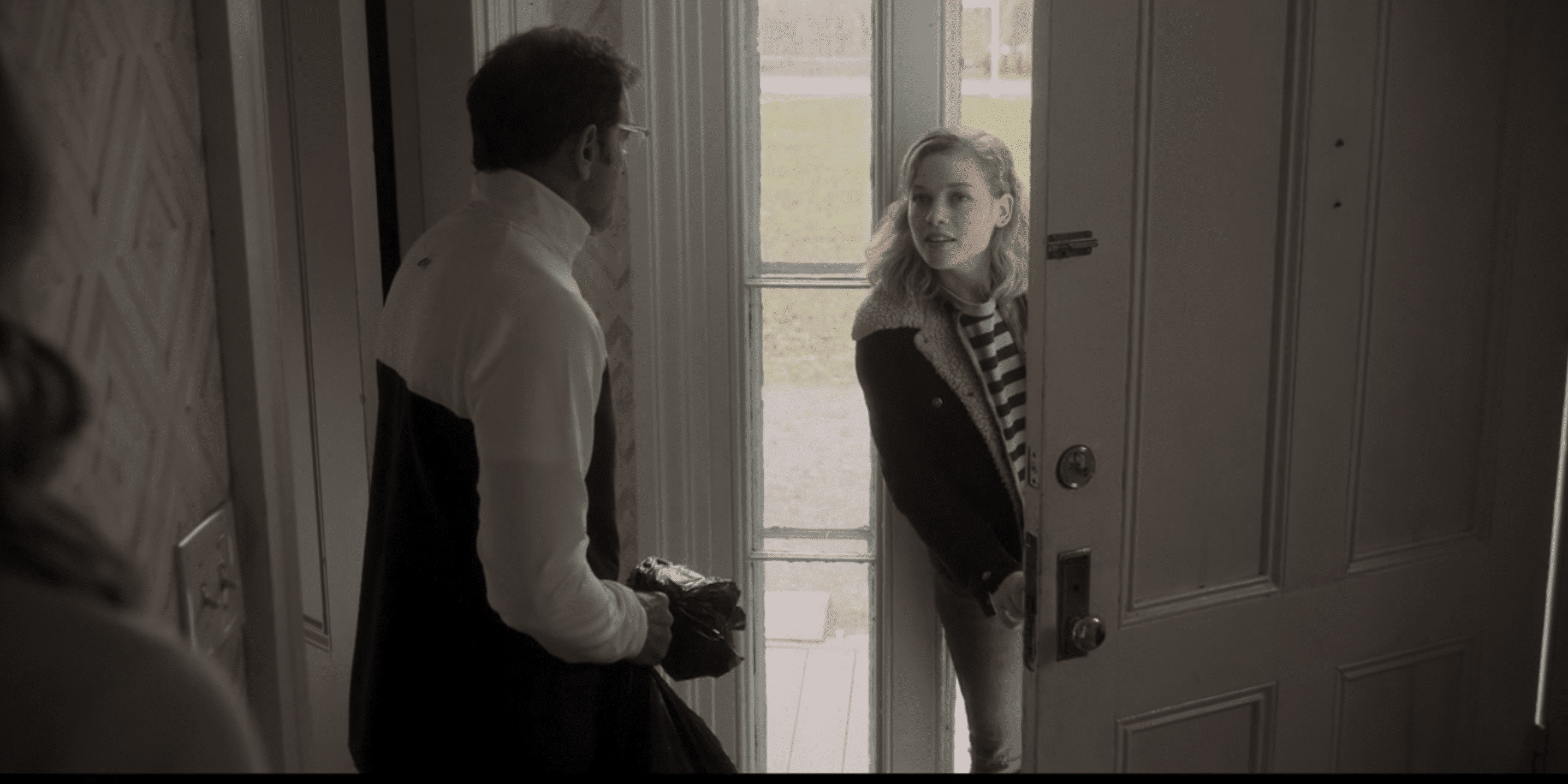 Well, almost. After knocking and receiving no response from the couple, Henry decides to make his way in on his own. As a lawyer he is fully aware of the consequences of breaking and entering. What is so important that he feels he must get inside? Does he think that was where he was held? Was it? What he finds is far stranger than he had expected. 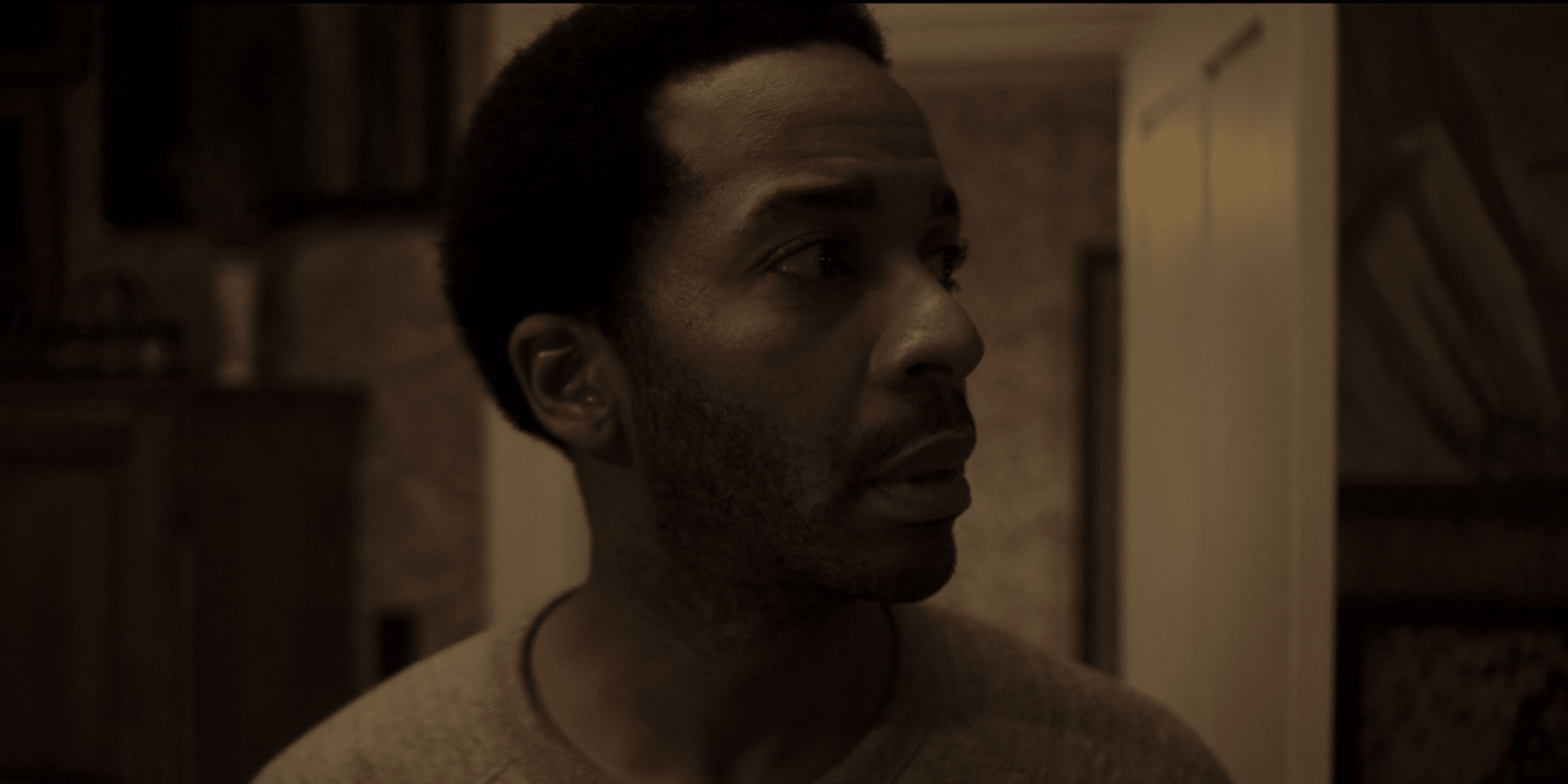 A room of paintings. Each one of The Kid. When The Kid was showing Henry the body of Alan Pangborn he said something odd, something Henry is confused by. “I waited for you. I waited for 27 years,” The Kid had said. We also know that The Kid has not aged for 27 years. Has he been waiting for Henry specifically this entire time? And if so, why?

The photos all are signed by Warden Lacy and dated. The earliest dates 1991 and shows The Kid wearing the same shirt as Henry when Henry went missing.

Henry is caught by the couple and forced to explain himself. Henry and Gordon both agree that he should just leave. While backing out of the room Gordon’s wife, Lillith, stabs Henry in the back. There is a lot of commotion and in a fight for the knife, Lillith stabs Gordon in the shoulder. While Henry and Lillith grapple for the knife, Henry makes a move to the side releasing Lillith’s arm causing it swing back around to her own neck.

Henry escapes the couple and the house but Gordon follows him. The two wrestle outside the couple’s house, Gordon on top with the knife. It seems the House of Murder might be about to claim another victim, but that victim is not Henry Deaver. Jackie, suspicious from her earlier bracelet find, steps in with a felling axe to the noggin for Gordon. The couple didn’t last long before the town swallowed them whole, bad deeds and all.

Molly is more stressed than usual. She keeps having these odd memories and visions that make no sense and she doesn’t understand. Molly decides to take more than her regular self-prescribed dosage of pills. Afterwards, she heads over to the Deaver household and finds The Kid there. He asks Molly for help. She is confused, he says Henry can’t help, he isn’t ready but maybe she can. He says he knows her, and she knows him. 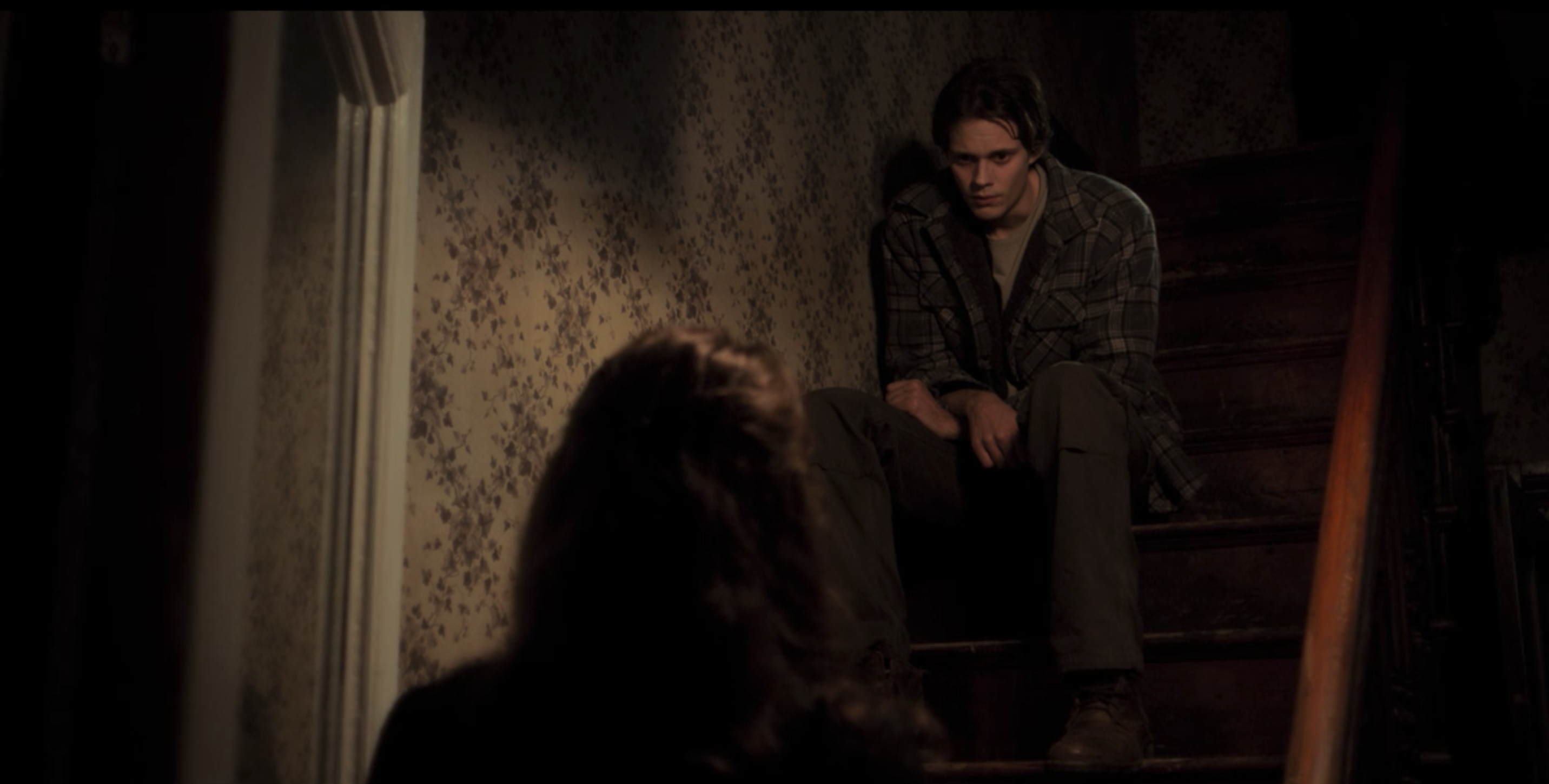 Molly: “How do you know all this.”

The Kid: “I was there. Out there, in the woods. That’s where you died.”

Castle Rock has filled every episode with thrilling and enticing mystery. Now, nearing the end of the season, some issues are finally being resolved. Here are some moments you may have missed that you want to keep in the back of your mind:

Check back for more on Castle Rock. Here is a sneak peek at Episode 9: