‘Black Panther’ is on Netflix! 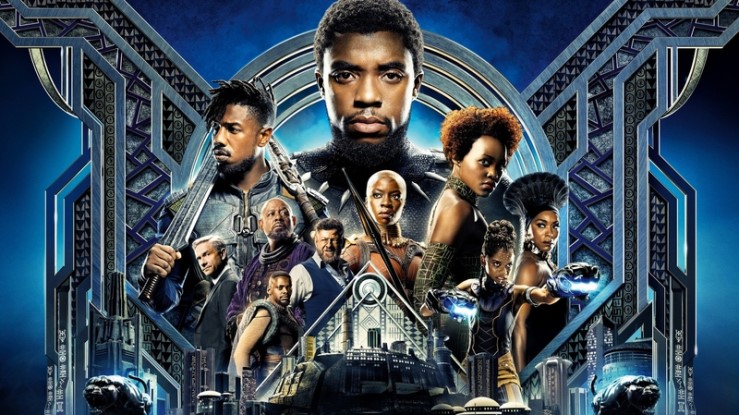 Guess what Geeks? Black Panther is now on Netflix! I couldn’t be more excited to sit down with my family, and a huge bowl of popcorn and watch the most anticipated, and highest grossing Marvel movie of all time!

For the few of us who haven’t seen it yet, I’ll give you a glimpse of what’s to come – but I won’t completely spoil it.

After the death of his father- T’Challa returns home to the African Nation of Wakanda to take his rightful place as king. Unbeknownst to him, there was an enemy lurking, waiting to take his place as king and Black Panther.

The enemy is willing to risk anything and everything to get to T’Challa, and acquire vibranium– the country’s most prized possession.

Wakanda was highly advanced compared to it’s neighboring African countries, and outside world due to the claim of this meteorite containing vibranium.

As T’challa is challenged by his enemy to abandon the countries isolationist policies and share their wealth with the world, the citizens of Wakanda become outraged.

As Killmonger, a former U.S black ops soldier now becomes the rightful king of Wakanda, the whole country is at risk of being stripped of it’s resources.

T’Challa’s love interest Nakia is a fierce warrior/spy who took immediate action once she saw Killmonger’s ruthless intentions. She went to M’baku, king of a neighboring tribe and pleaded for is help in overthrowing killmonger.

Once Nakia and T’Challa’s family surrendered to M’baku, they learn he’s housing T’Challa’s comatose body found by the Jabari tribe. This was repayment for T’challa sparing M’Baku’s life during combat.

This turns into an all-out war, rhinos included. W’Kabi and his army eventually stand down against Shuri (his wife), Nakia, and the all-female Dora Milaje army.

Simultaneously fighting in the vibranium mine, T’Challa disrupts killmonger’s harm-proof suit and gives him an option to either join the Wakandans or be a prisoner. He chose to die a free man rather than be incarcerated.

This movie is great for all age groups! There were so many elements to this movie that made me a proud Marvel fan. Brilliantly written, cast, and acted-out. I am holding my breath for the announcement of a sequel!

Fatiha is a research enthusiast with a background in Biology and a passion for procedural technical writing. Aside from writing she enjoys studying the latest fashion trends, crafting, and being a wife and mom.

The 31 Eves of Halloween – Film Game