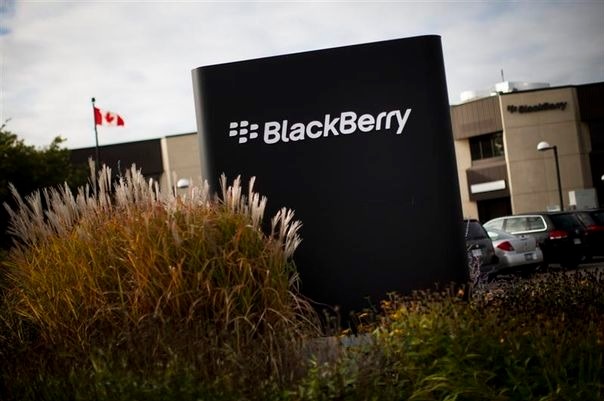 Another one bites the dust. After Nokia sold off its Devices & Services division to Microsoft in a $7.2 billion deal earlier this month, it is now BlackBerry’s turn to turn itself over. The Canada-based smartphone maker is about to be acquired by its largest shareholder, the company revealed last Monday.

BlackBerry has received a buyout offer from Fairfax Financial Holdings, a Toronto-based financial services corporation, valuing the company at $4.7 billion. The news comes days after BlackBerry laid off 4500 jobs as part of a cost-cutting measure.

Fairfax Financial Holdings currently holds a 10% stake in BlackBerry Ltd, and is led by its founder Prem Watsa. Prem Watsa previously served on the company’s board, resigning only this year on August 12th.

“We believe this transaction will open an exciting new private chapter for BlackBerry, its customers, carriers and employees. We can deliver immediate value to shareholders, while we continue the execution of a long-term strategy in a private company with a focus on delivering superior and secure enterprise solutions to BlackBerry customers around the world.” – Prem Watsa, Founder, Fairfax Financial

The deal will involve shareholders getting $9 for every share before the company goes private. BlackBerry’s shares closed 1.1% higher at $8.82 after the Monday announcement. Fairfax has six weeks to conduct due diligence before the deal is closed. During the same time, BlackBerry will indulge in the ‘go-shop’ process, which will involve the company scouting the market for a better deal. If it finds one, BlackBerry can switch loyalty.

Interestingly, the Wall Street Journal is reporting that BlackBerry’s co-founder Mike Larazidis may push for a joint bid to reclaim the company. Previous reports claimed BlackBerry had been actively looking to sell itself, working with J.P. Morgan Chase & Co. and Perella Weinberg Partners to find a suitable buyer.

$4.7 Billion is pretty poor valuation for BlackBerry, once the dominant player in the smart phone sector. The company only managed to ship 3.7 million phones in the last quarter, compared to 9 million iPhones sold in the past week by Apple. Apple itself is estimated to have earned $5.2 billion in sales from this year’s iPhones – half a billion higher than BlackBerry’s valuation itself.

BlackBerry has been plagued by trouble of various sorts for a long time – the biggest being its struggle to maintain market share. According to market research firm IDC, BlackBerry only commands a 3% market share worldwide. The company also posted losses of over $1 billion last quarter. Almost all of BlackBerry’s new devices have failed to get noticed in any market. The company recently launched another device in its BB OS10 lineup – the BlackBerry Z30. None of the OS 10 devices have contributed to any noticeable change in the company’s fortunes so far.

No longer a favorite for executives, the company been struggling to retain any sort of its target audience. Youngsters, previously hooked on by the company’s BlackBerry Messenger, have begun shifting base to other IM alternatives like WhatsApp. The company itself is bringing BBM to iOS and Android next month, eradicating the one exclusivity BlackBerry phones were left with. With a sale to Fairfax, which is a financial services company, BlackBerry will likely cease to be the smartphone company it used to be and instead may shift its focus on enterprise security and software only.