Home Geek LifeReviewsTV and Movies By Episode 2, ‘The Umbrella Academy’ Already Knows Exactly What Show It Is
TV and MoviesEntertainmentFeatured

By Episode 2, ‘The Umbrella Academy’ Already Knows Exactly What Show It Is 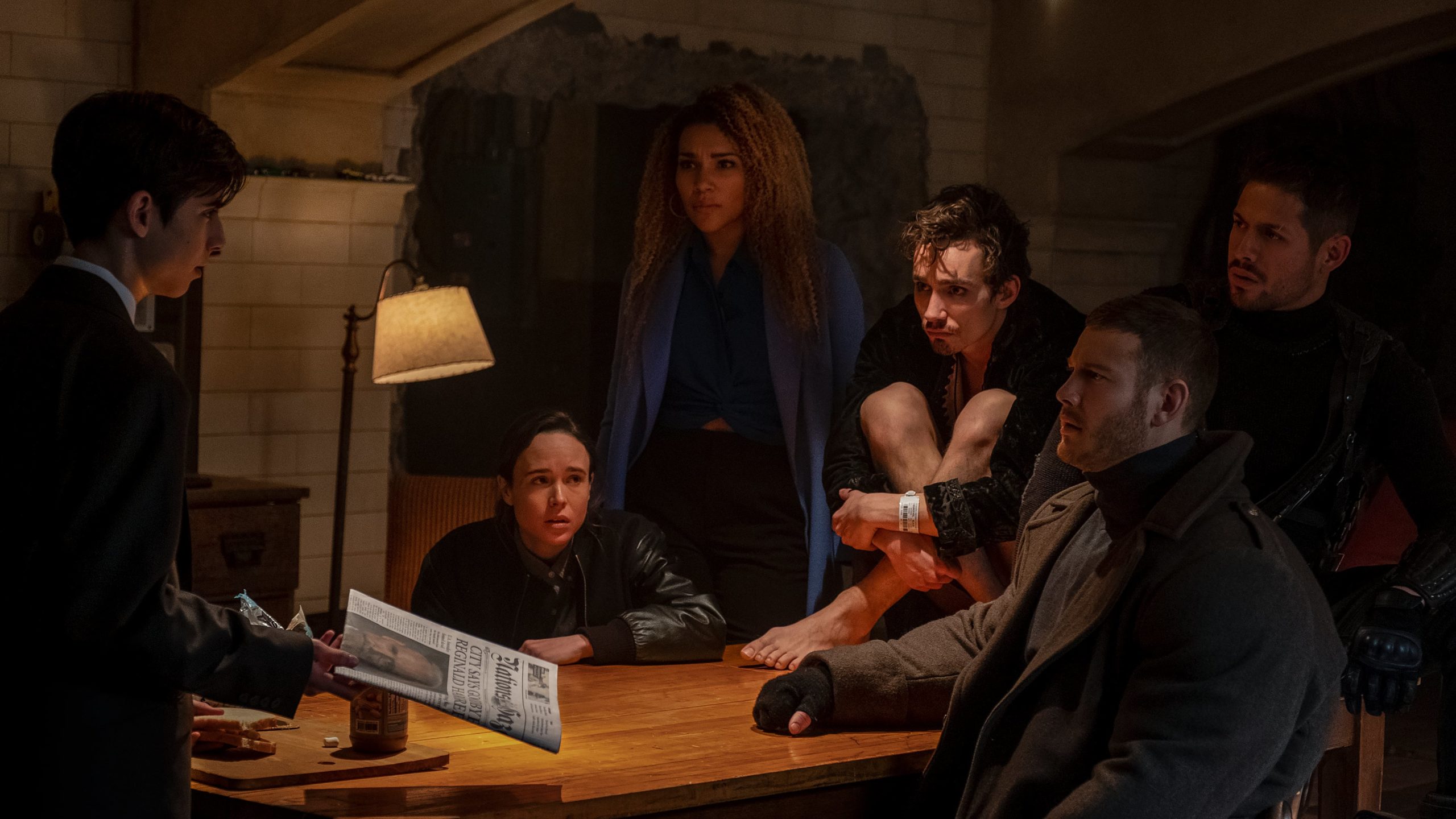 On the other side, now, having spent the weekend effectively binge-ing the whole of The Umbrella Academy, season one, I briefly considered letting myself off the episodic hook and writing an overview of the season as a whole. But that ultimately seemed like the coward’s way out and this is no country for the timid. So onward to episode two, dear friends!

There are enough disparate storylines that I think, perhaps, our most effective method of covering everything is to give a section to each of the principal characters featured in the episode. Starting with my favorite-

We open in the past, with Five – still the best character, always the best character, in perpetuity and forever, the absolute greatest-going against Hargreeves wishes, and time travelling to a future that is pure wasteland and destruction. There is nothing and no one – apocalypse achieved. What Five does discover, besides the bodies of his dead siblings, is a glass eye with a serial number on the back, clutched in Luther’s hand. He keeps it with him, and in present tense, sets out to find the owner of the eye, convinced that it is the key to stopping the apocalypse. Klaus is persuaded to pose as Five’s father by the promise of 20 bucks (which, incidentally, Five never actually pays) and the fun of a little theater. They ultimately learn that not only has the eye not been purchased yet, it hasn’t even been manufactured – it is, effectively, a dead-end. Despondent, Five goes to a department store to retrieve what we discover is a mannequin he kept with him for the entire time he was alone in the apocalypse years. 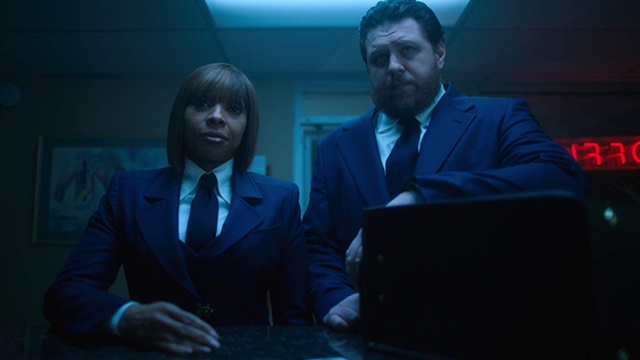 Just as he is reunited with Delores, he is also ambushed by…HAZEL AND CHA-CHA: two sartorially on-point, time assassins, and thank you to The Umbrella Academy for giving me legitimate context to write that phrase, Hazel and Cha-Cha are assigned to kill Five. After visiting the site of the diner that housed the previous attempt on Five’s life, they believe the older man who had been sitting with Five to be their mark. They track him down, and after some intense nipple violence, determine that, nope, the man they’re looking for – the one they believed to be a 58-year-old – in fact appears to be a 13-year-old boy. And as they learn in the department store, a lethal 13-year-old boy who is surprisingly hard to kill.

Diego, meanwhile, is doing his tortured vigilante business, and investigating the diner incident independently, only to be tazed by his exasperated ex, Detective Eudora Patch. Diego, it seems, often shows up, uninvited, unannounced and unwanted at her crime scenes, and she would REALLY like him to stop. But Diego is Diego, so that is pretty clearly not going to happen. Once he is released from police custody, he returns back to his home in the gym he works at, to be greeted by…

Who was continuing to pursue the possibility that Hargreeves was murdered and did not die of natural causes. His suspicion is pretty clearly Diego based, but he finds a poster in Diego’s apartment that states he was boxing the night of Hargreeves’ death, and so could not possibly have killed him. The two have a tense conversation, their alpha male rivalry just at a constant simmer, and part ways. Luther goes back to the house, prepared to abandon the whole notion of Hargreeves having been murdered, until he speaks to…

Allison has spent an awkward day trying to talk to her daughter on the phone and being frankly kind of catty to Vanya. Pogo shows her some old video footage of her and her siblings as children, where she sees the full impact of how separated and isolated Vanya was. She also, however, finds a video with footage that we do not see, but we know disturbs her and involves her father. Game’s back on, she tells Luther. Murder most foul.

In revisiting the series to write these reviews, I’m impressed by how gracefully the first episodes lay out expository information. The first three episodes are in service of putting the pieces in place, but they are so dynamically constructed that they do not feel like prologue. By episode 2, the show has already figured out and established it’s tone: there is another insane, engaging action setpiece (well designed for people like me, who lose interest in action pretty quickly; The Umbrella Academy is far too playful for me to ever get bored with all of the gun fire and punch-em-ups). But most importantly, having now taken in the entire season, I know that every moving element is essential. The Umbrella Academy wastes neither time nor words. Everything matters.