Okay, first and foremost, I’m not a literary critic or a professional reviewer. I have to say this because I’ve been ripped in the past for giving my opinion on movies and frankly, I just don’t want to hear it.

As the Managing Editor of Geek Insider, I get quite a few offers for movie and book reviews and while I’m almost always open for a movie screener, I rarely ever accept book reviews because I just don’t have the time.

That being said, I also have to say that it has been a good long while since I have taken the time to sit down and read ANY book. Even one from my lifetime favorite, Stephen King.

I really don’t know how this one caught my eye. I receive upwards of a dozen requests a day asking if I am interested in getting an advanced copy of an upcoming book for review and I almost always delete the emails without even reading them. I just don’t have/take the time to read much anymore. Even though it is one of my all-time favorite pastimes.

The review request had a subject line of “Get sucked inside the video-game novel JJ Abrams is excited about” but that isn’t what caught my attention. It was when I started reading the request and saw one BIG thing… ’In Beta’ “follows a geeky teenager in a small town in the Pacific Northwest who discovers that he’s living in a simulation.”

“Send me a copy” I said, not really sure if I would have/take the time to read it.

Well, it came last week and at first I still wondered when the heck I’d find time to read it but once again that, “discovers that he’s living in a simulation” piqued my interest.

If you’re a regular reader of Geek Insider or a fan of my “Geeky, Cheeky, & Downright Freaky” podcast, then you know I tend to gravitate toward those kind of subjects. But still, when the &^%* do I have time to read?

As it turns out, I DO have time to read IF I decide to do so.

So… other than the whole simulation aspect, Matthew, what was this book about?

The book is set in the early 90s and starts off with a chapter I won’t reveal here, but it quickly moves on to our two main characters, Jay and Colin. Both are huge gamers and on his 18th birthday, Jay receives a gaming magazine with a floppy disk (if you don’t know what what that is, kids, look ‘em up. You’re sure to get a good laugh. 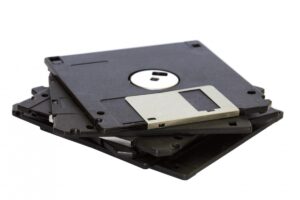 Once Jay pops it into the school computer, he finds that it contains a game called ‘The Build.’ However, he isn’t impressed at all and compares it to a crude ripoff of SimCity but he soon discovers that it is an exact replica of his hometown.

Welllllllll… as it turns out, it’s much more than a simple dot matrix game and Jay figures out that he can actually change his own reality. And what is the first thing he does? Well he spies on a girl in the shower of course.

Okay, so he does do that, sort of, but the first major thing he does is what any good Geek would do… he increases his net worth.

And things only get stranger from there.

That’s really all that I’m willing to reveal here. Why? Because I’m working on having Prescott on our ‘Geek Speak’ podcast and I want you to tune in and read the book for yourself.

Let’s just say that there is several protagonists, the Johns, Jeremy, Hal, the mob, and even the game itself. There is a tornado, an earthquake, and a lot of confused characters as the story progresses and more people realize, or are told by Jay, that they are actually just characters in a game.

But who operates the game… and why is Jay different from everyone else?

I read this book in a total of 4 evenings and I have to say that thanks to Prescott, I rediscovered a beloved pastime. Spending a little time each evening reading a few chapters before bed.

While there were a couple of spots where I was left wondering what was going on, mainly when Jeremy gets a copy of the game and somehow is immediately able to change his “stats,” but I will discuss that with Prescott when he is on the show.

Especially if you are interested in simulation theory, the Mandela Effect, or glitches in the matrix type of topics. With the author’s description of how NPCs react to being confronted with the nature of their reality, at least at first, makes me wonder if Prescott isn’t “affected” by the Mandela Effect.

He’s just a little too spot on with his descriptions and I’m looking forward to interviewing him on the subject.

You can check out ‘In Beta’ on Amazon and it’s available in paperback, audible, or Kindle editions. Grab a copy and be sure to give it a review as this is his first published book and we all know how important those reviews are.