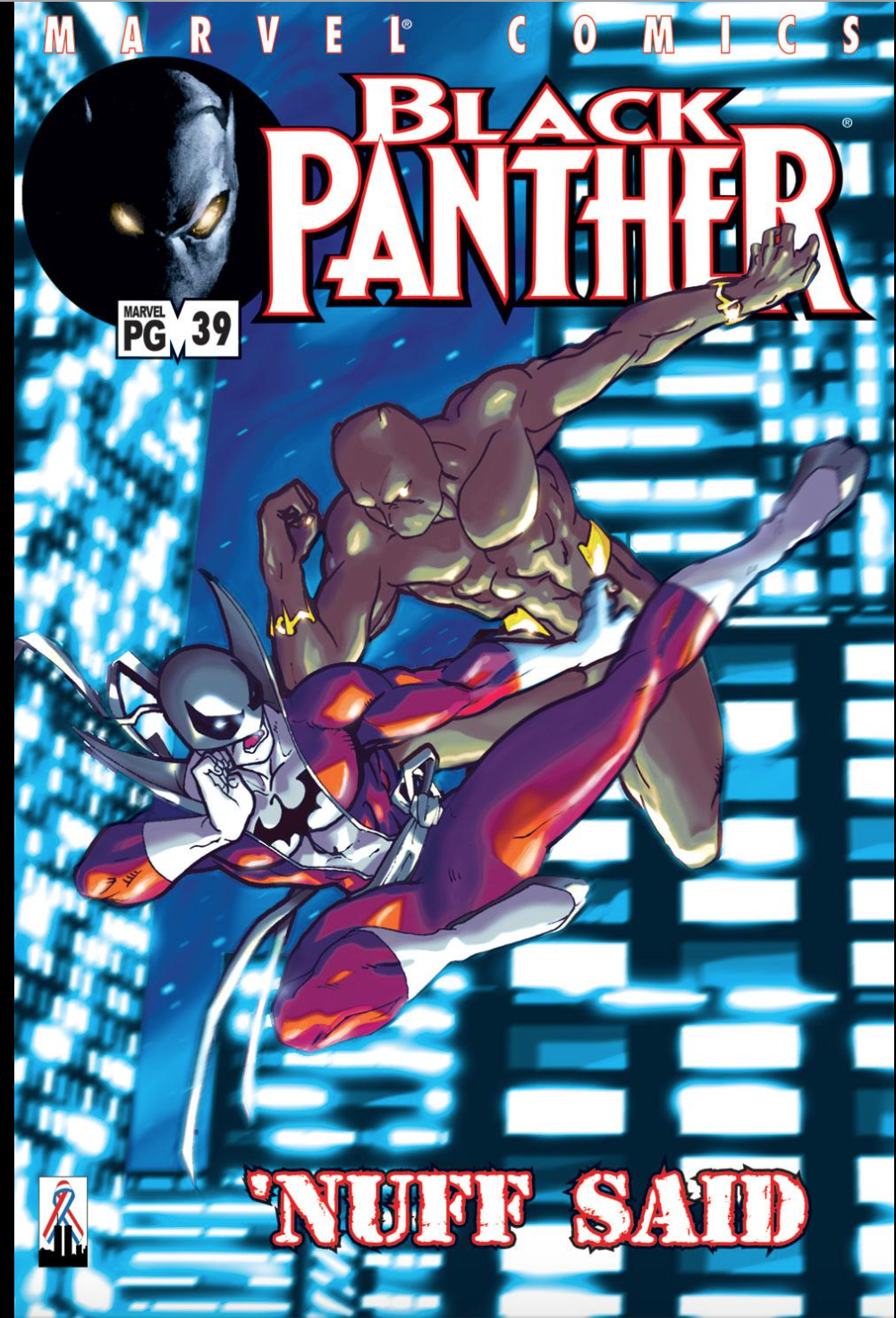 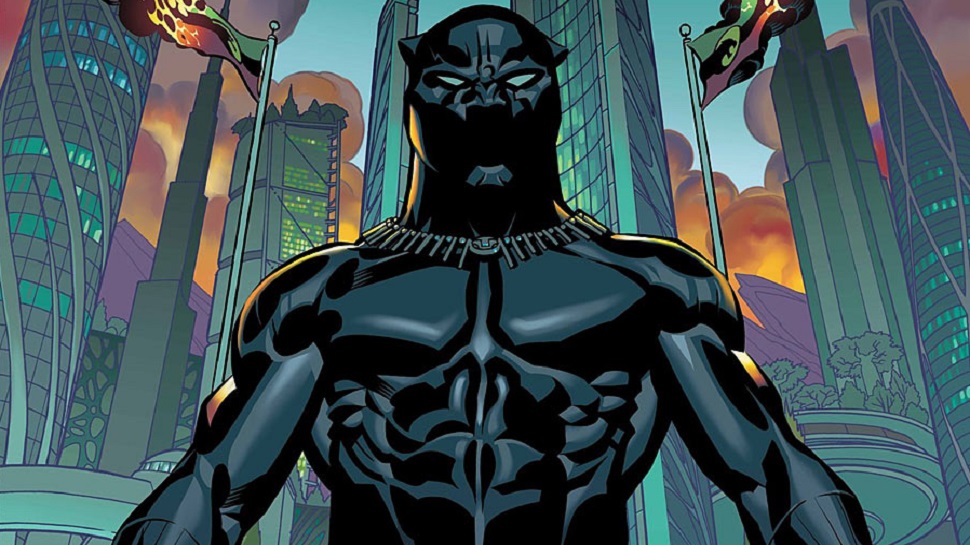 Christopher Priest’s Black Panther was a smart series with deftly handled politics and dialogue that would put Veronica Mars to shame. Showing Wakanda as a truly advanced African country, written the way that African countries are (or were) largely run. Priest knows his stuff. Despite the headiness, it didn’t shy away from good old-fashioned superhero weirdness. The juxtaposition provided much of the appeal, especially as reported by T’Challa’s sarcastic American liaison, Everett Ross.

The story begins with the Ross trapped in the body of Mephisto, who is basically Marvel’s Devil. Turns out it’s not Mephisto’s body though. It’s the body of the Black Dragon, one of Iron Fist’s old enemies. Long story short, he died and the supervillain Deadly Nightshade brought him back to kidnap Ross in her plan to destabilize Wakanda’s government. Yes, that’s the short version. She put a genetic bomb in his body to force him to comply, he knocks her out and imprisons her.

He swaps bodies with Ross in order to kill time while waiting for his plan to work. His plan was to use genetic material in eggs he laid to make a cure for his original body which he would then go back to. The Mephisto stuff was just to distract mystic heroes like Doctor Strange into thinking the demon was behind Ross’ condition and leave Black Dragon alone.

T’challa figures it out and destroys the eggs, being two steps ahead as usual. Black Dragon panics and needs Nightshade’s antidote, but the Panther already secured her. Black Dragon uses his magic to control Iron Fist and give him…two magic hands instead of one? It’s not really explained. Iron Fist and the Panther fight from a penthouse to a harbor where there’s a massive underwater struggle and it takes a whole issue. It’s also an entirely silent issue reliant on Velluto’s fantastic layouts to convey the speed and ferocity with which the fight is taking place. The choreography is stunning. We see these two talented martial artists face off with consistently drawn damage to T’challa’s suit. Energy streams from Fist’s hands draw your eyes to them as he and T’challa fight through the water. Although the word is overused, it is epic.

Ross and the Dragon chase the two to the pier. In close proximity, the Dragon swaps his body back. Nightshade, in Wakandan custody, escapes when the power goes out and finds a body in cryogenic stasis. The Panther snaps Iron Fist out of the brainwashing. He then confronts the Dragon himself. Iron Fist and Ross board the aircraft Nightshade was being transported on. She breaks out, they fight and Nightshade sets them straight about the antidote.

Turns out there was no genetic bomb. Deadly Nightshade could only fix mostly the genetics when she brought The Dragon back.  He’ll deteriorate in an hour. The Dragon sets his sights on Wakanda in retaliation, and the Wakandan military holds him off for a short time. With his scientists’ help as well as Iron Fist’s, the Panther plants tech inside the Dragon and uses it to turn him into his human form. He leaves the now-human Dragon for his army to deal with. Just as it seems they’ve won, Nightshade reveals the figure she found in stasis. The classic Jack Kirby-era Black Panther. Cue cliffhanger.

Although the middle issue is one extended scene, the other two are compact. A lot happens on those two and it takes master craftsmen to pull that off. Priest keeps it tight, and it doesn’t lose any clarity. Velluto conveys all the action in shifting locations and shows the urgency of the events. Especially as this story takes place over a few hours. During the whole story, Velluto excels at drawing the urban landscape of New York just as much as the savanna and high-tech wonders of Wakanda. The little touches like Ross molding “Mephisto’s” face into the Dragon’s human form are fantastic too.

On the surface, it’s just another super hero story. When examined it’s three issues of tightly paced, well-constructed superhero stories. In my first read-through, I missed some details, but upon closer inspection, they were right there. Often hiding in plain sight. During the silent issue, Ross (in the Black Dragon’s body) writes the only real words we get in the issue as he explains to us what is going on with the body swap through a series of doodles. It’s a clever use of the medium. Not a panel is wasted.

Granted, it doesn’t work well without the context of the rest of the series, but that’s not a negative. The fact that it’s a weird chapter in an ongoing story is a big part of my enjoyment. Seeing how it can go from political to interpersonal to weird magic dragons. That’s why this was the best comic I read this week.