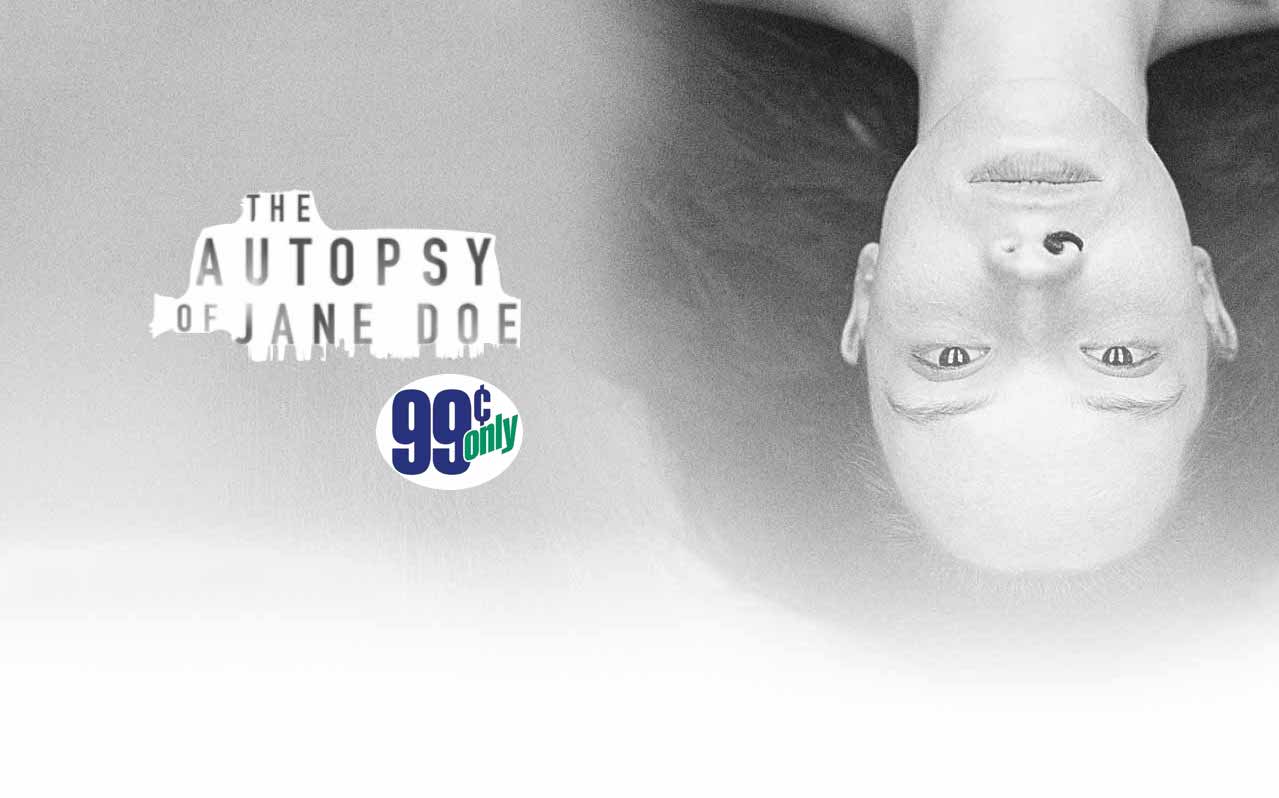 This week, a routine autopsy takes a terrifying turn in The Autopsy of Jane Doe.

Every Body Has a Secret

Tommy (Brian Cox) and Austin (Emile Hirsch) lead a relatively quiet life. At least as quiet as it can be for a father and son running a small town mortuary out of their basement. But their prosaic existence gets a jolt of mystery when an unknown homicide victim shows up with no obvious cause of death. As the pair set out to uncover who this ‘Jane Doe’ is and how she died, a series of increasingly unsettling clues leads them to dark places they cannot begin to imagine. Will they uncover the truth? Will they survive the night? Welcome to André Øvredal’s atmospheric creeper The Autopsy of Jane Doe.

Some Just Hide It Better Than Others

With a setup like that, you might expect Øvredal’s latest to be a full on fright fest. For the most part you’d be right. Unfolding within the cramped confines of a macabre location, featuring a deeply unnerving story and a giddy-if-grisly approach to gore, The Autopsy of Jane Doe is essentially everything you could hope for in a traditional horror movie. The sort where nightmarish things go bump in the night and the life of each character is ever in peril.

I know, you’ve seen that movie a million times already. So have I. While The Autopsy of Jane Doe revels in many of the most traditional of horror tropes, the film isn’t exactly concerned with strict adherence to horror doctrine. André Øvredal is too smart a filmmaker for that. Rather than let his film wallow in tired genre devices, Øvredal sets out to use those devices in fresh, creative new ways. That tactic allows him to cast a playful new light on those tried and true formulas, making them more fun – and more creepy – than they’ve been in years. The Autopsy of Jane Doe becomes an intriguing pseudo-genre hybrid in the process.

The first 20 minutes or so of The Autopsy of Jane Doe actually feel more like a police procedural than a horror film. Øvredal opens the action with a small town Sheriff investigating the scene of a bloody domestic crime scene. He quickly realizes that clues left in the wake of that crime don’t quite add up to anything logical. That includes the near perfectly preserved corpse his team has uncovered in the basement. Hoping this discovery can provide some insight to the ghastly scene, he ships the body off to the local mortuary for an autopsy. The moment that corpse rolls into Tommy and Austin Tilden’s lives, Øvredal’s film begins its unholy descent into madness.

Once that switch is flipped, The Autopsy of Jane Doe becomes a study in tone, imagery, and complex interpersonal drama. That drama is driven by one of the more engrossing mysteries in recent cinematic memory. One that plays out under the guise of our protagonists piecing together a puzzle from clues uncovered during an autopsy. That they can only find those pieces by taking a human body apart is as clever a piece of writing as I’ve ever seen in a horror film. One that pales only in comparison to what those pieces ultimately reveal. For his part, Øvredal handles the delicate matter of that dissection – and the ever escalating horrors that arrive with each step forward – with the stayed hand of both a genre lover and a drama purist.

He’s aided in that effort by a couple of fantastic performances from Brian Cox and Emile Hirsch. Working from a screenplay that offers little more than broad character sketches for their father/son duo, Cox and Hirsch mine the unwritten depths of those sketches to form fully developed characters. Combined with the pair’s natural chemistry, Tommy and Austin feel less like ‘character types’ trapped inside a scary movie than they do like a father and son trapped inside a nightmare.

Of course, the pair are often upstaged by the unflinching, milky-eyed gaze of Olwen Catherine Kelly’s Jane Doe. That’s hardly the fault of Cox or Hirsch. What makes Kelly’s lifeless face such a clever storytelling device is that audiences are compelled to project their own emotions onto it. And Øvredal takes great pleasure in manipulating audience expectations throughout. The Autopsy of Jane Doe begins as a tragic mystery of the young woman’s death. It ends that way too. Well, sort of. The moments between – in all their disquieted despair and gory ghoulishness – make The Autopsy of Jane Doe one hellish emotional roller coaster. 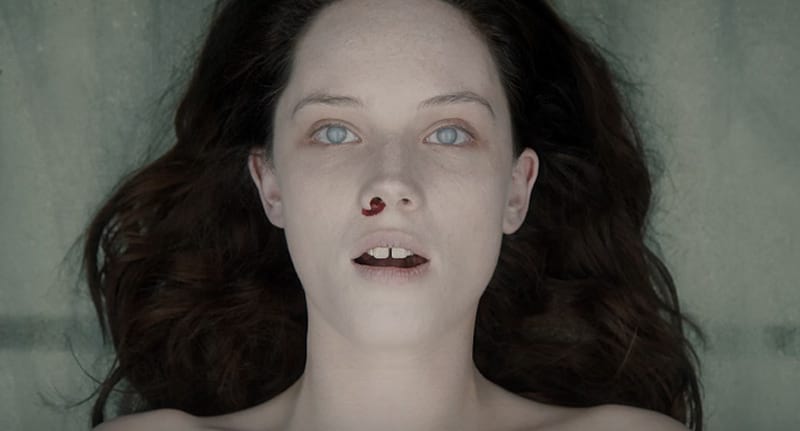 You bet. The Autopsy of Jane Doe may not reinvent the horror genre, but that isn’t really André Øvredal’s goal. The director instead sets out to manipulate standard genre tropes in hopes of casting a new light on how much fun those tropes can still be. He doesn’t always succeed, but when he does, well, The Autopsy of Jane Doe is as unsettling as any horror movie you’ve seen. And twice as much fun. FYI – If you like what you see, Øvredal’s spectacular found-footage thriller Trollhunter (2010) will make for a killer double feature. It’s currently on Netflix, so there’s no excuse to miss it.