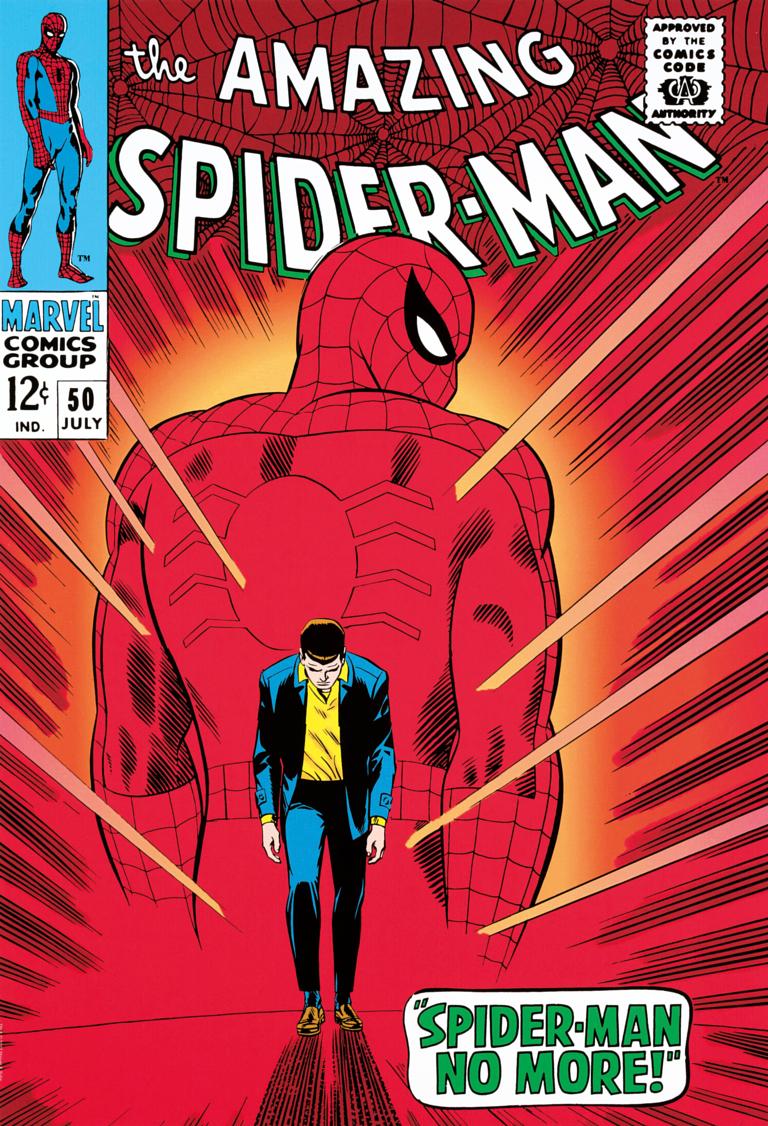 Welcome to Opening Panel, a series where we tell you the best place to start with franchise comics. After the release of Spider-Man: Homecoming, you may want to leap from screen to page. Here are some great starting points for readers of all ages.

‘The Amazing Spider-Man’ by Stan Lee and Steve Ditko

The original stories that launched everything. The quintessential teen superhero stories that set the course for all the Ms. Marvels, Cyborgs, and Kick-Assess later. You know the gist, but it’s worth actually reading. Peter Parker struggles to balance the life of a high schooler with that of a superhero. There’s a lot of character development as Peter starts as an angry antisocial young man who slowly begins to open up. Some fascinating stuff is present as Lee and Ditko experimented with real emotion. At least in terms of what was being done in cape comics at the time. They were creating a whole new form of superhero storytelling. Peter Parker was the first superhero we truly pitied.

It holds up better than any other Lee work besides Fantastic Four with Jack Kirby. Peter only stays in high school until issue 28, but it’s worth finishing the last ten issues of Ditko’s run. On the backend is “The Final Chapter/If This Be My Destiny,” possibly the duo’s greatest story. Homecoming references it visually near the end.

Recommended for all ages.

In 1999 Marvel wanted to launch a new line of comics to bring in new readers without the burden of decades of continuity. Brian Michael Bendis and Mark Bagley’s reinvention of Spider-Man was the first series to be released in Marvel’s “Ultimate” line. It was also the most successful. Updating the characters and locations to the 21st century, it provided some inspiration for both the original trilogy and the Amazing films, but it’s Homecoming that takes the most cues from it. Tech based villains as a reaction to super people comes straight from this series. As does the idea of genetically altered super people as opposed to radioactive.

It has extraordinarily deft character work. If you’re drawn to Peter Parker’s school life, this is the series to read. Bagley also provides some of the best facial expressions and emotions for teenagers in comics. The school parts of the film are especially culled from here (although not with the same characters). He and Bendis worked on the title for 111 issues, the most of any two people at Marvel. After that, Stuart Immonen and David LaFuente took turns as artist. Bagley returned to draw the Death of Peter Parker.

In 2015 Marvel relaunched their entire line with a new series and new first issues. Among those was a series focusing on a Peter Parker who isn’t quite a Spider-MAN. Written by Supernatural scribe Robbie Thompson and with art in the first four issues by superstar artist Nick Bradshaw, the book launched December 2015. Andre Araujo and Nathan Stockman provided art after Bradshaw left. Each issue focused on a Peter Parker problem with the solution learned as Spidey. Or vice-versa. Being a kid and learning from mistakes is the core lesson of the series. It features lots of cool appearances from other heroes like Black Panther and Iron Man, so it’s great for anyone who liked the mentorship in Homecoming. Unfortunately, it only lasted for a year. Worth reading, especially if you’re trying to introduce younger fans.

Available in a series of two paperbacks.

If you’re looking for more, here’s a few quick suggestions. Untold Tales of Spider-Man by Kurt Busiek features stories of the wall-crawler’s earliest years. Now considered a classic, it really delved into Peter’s school life in a deeper way than the original comics. Available only in a hardcover omnibus.

Also great is Learning to Crawl by Dan Slott and Ramon Perez. Slott is the current writer of the Amazing Spider-Man. He tells his own untold tale weaving throughout the Lee/Ditko issues. A young Spidey fights Clash, a sound controlling villain and Peter Parker makes some friends. Available in paperback or digital.

For the kids in your life, try Marvel Adventures Spider-Man. It’s a delightful all-ages series that starts out with a series of one-shot superhero stories. It later delves into an ongoing story with strong emphasis on Peter’s relation to his friends. Available in paperback.