Best Comic I Read This Past Week: ‘Chilling Adventures of Sabrina #7’ 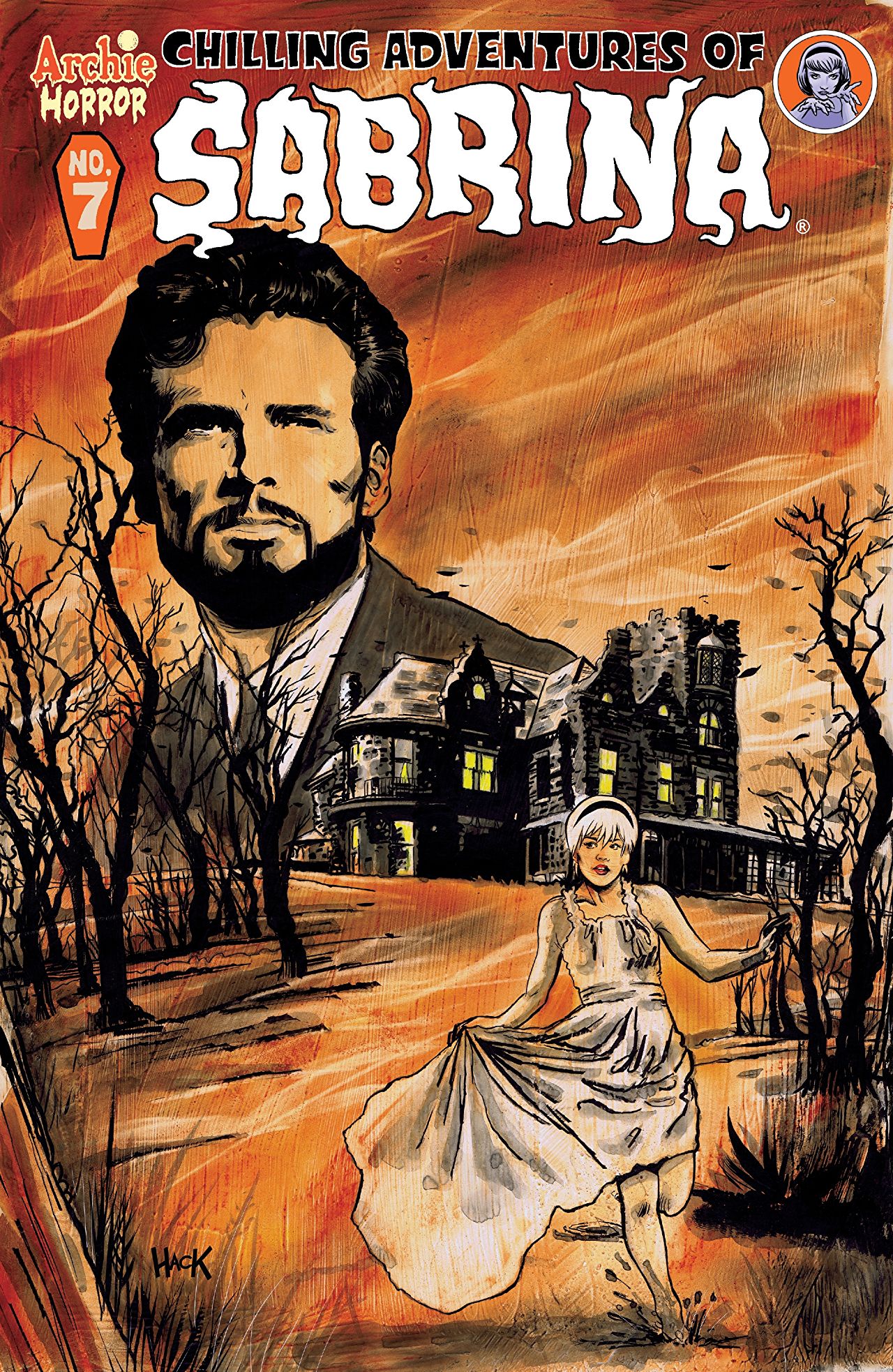 The best book this week was Chilling Adventures of Sabrina #7 written by Roberto Aguirre-Sacasa (Afterlife with Archie, TV’s Riverdale) with art by Robert Hack (Doctor Who, X-Files).

The elevator pitch for the series is Sabrina the Teenage Witch played as a straight horror. The series is influenced by horror films of the 60’s and 70’s as well as classic horror comics and books. It is one of the best horror comics on the shelf. When it comes out.

Issue six came out in July 2016, a full year before issue seven. While the gap is wide between issues, the payoff is always worth it. Hack and Aguirre-Sacasa take the familiar Sabrina story and warp it into the grotesque. The Teenage Witch used to live in a swinging sixties world which was more flirty than spooky before taking inspiration from the TV series and then turning into a Sabrina manga (no, really).

This version eschews all of that and takes place in the late-sixties and portrays Sabrina and her aunts as part of a satanic coven. It keeps the, “Just like you, except a witch” angle, but here it means they go to Hell-Church, they do blood baptisms, and they straight up worship Satan. It’s wickedly good.

At the end of the last story arc (a year ago), Sabrina’s human boyfriend Harvey Kinkle died and she casts a spell of resurrection. When he crawled out of the grave, it was Harvey’s body alright, but with the soul of Sabrina’s father. We pick up (after a brief interlude about the origin of Salem) with how this all came to be.

Edward Spellman was a talented conjurer from a young age. The priest of his local church (of Satan, mind you) asks him to summon Satan to bring back their declining fellowship. The father offers him glory if he succeeds and pain if he fails. After years in the background, Edward wants his spotlight. The Father refuses him so Edward (and the demon he had pose as Satan) kills him. Edward takes over the coven and revels in the power and glory it brings. He also revels in the new female followers. He spites one, as she means nothing to him, and she vows revenge. She becomes the series’ main enemy, Madame Satan.

To sire the most powerful witch ever, Edward has to marry a mortal, which he does with “Satan’s” blessing. This is Sabrina, who spends her whole life rebelling. Edward’s sisters find out his scam.  He’s banished into the nether which is in a tree near which Harvey is resurrected. They take Sabrina to be raised away from her father’s touch.

Oh, and this story is told by Edward in Harvey’s body to Harvey’s mother, who killed his father as Edward eats the body. This is all the setup to the storyline of the next issue Witch-War, in which witches will be warring. It will be in stores in November.

Robert Hack s(p)ells the hell out of the material with moody atmospheric art, colors, and designs that make the book seem older than it is. It looks like it has physically aged, even the white of the pages. The art is sketchy, yet beautiful like a classic painting. The orange and yellow pallet remind you of a classic horror cover or the poster to some forgotten hammer film. Hack is a superstar in the making.

I would also be remiss if I didn’t mention the lettering by Jack Morelli. It’s subtle but does a tremendous job setting the tone. Not to a distracting degree. It takes cues from “spooky” typeface, but in actually effective ways instead of gimmicky. Probably because it doesn’t bring attention to itself.

Sabrina is one of the most evocative and interesting horror books on the shelf. It’s well worth a read. It even reads fine if you know nothing about Sabrina, so don’t let that stop you. And with the infrequency of when it’s published, you have plenty of time to catch up.

Issues one through six are available in paperback and all issues can be bought digitally.

Monty Python: The Global Phenomenon That Continues To Thrive