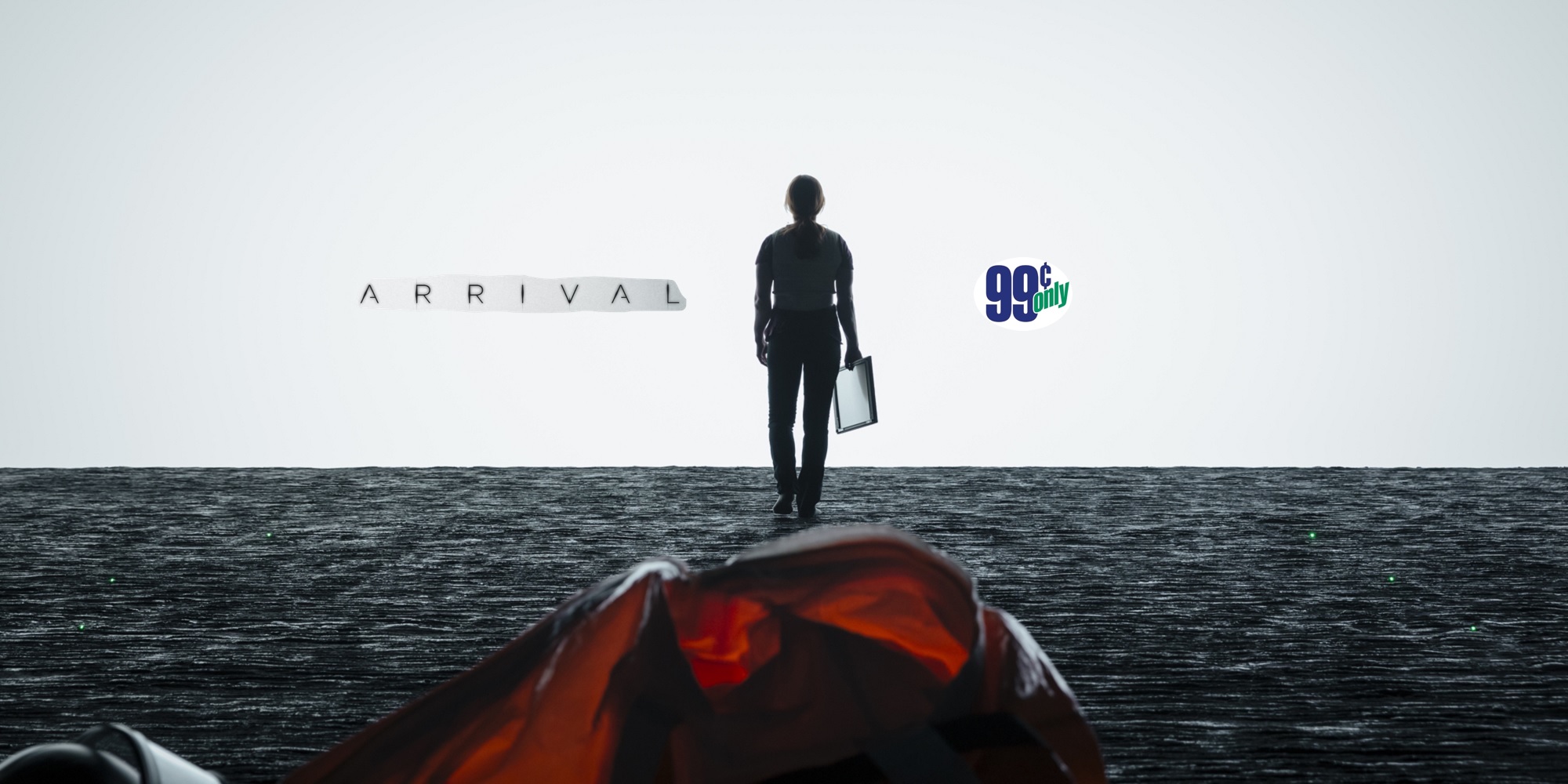 This week, Amy Adams searches for common language with an alien species in Arrival.

Despite Knowing the Journey … And Where it Leads …

When 12 alien spacecrafts mysteriously appear in several locations across the globe, the world teeters on the brink of anarchy. Who are they? Where did they come from? Why are they here? Desperate for answers, the U.S. military tasks Linguistics professor Louise Banks (Amy Adams) with finding a way to answer these questions. But her search may lead to questions mankind isn’t ready to ask. Ready or not, Denis Villeneuve’s stark, emotional sci-fi drama Arrival is still daring enough to pose them. 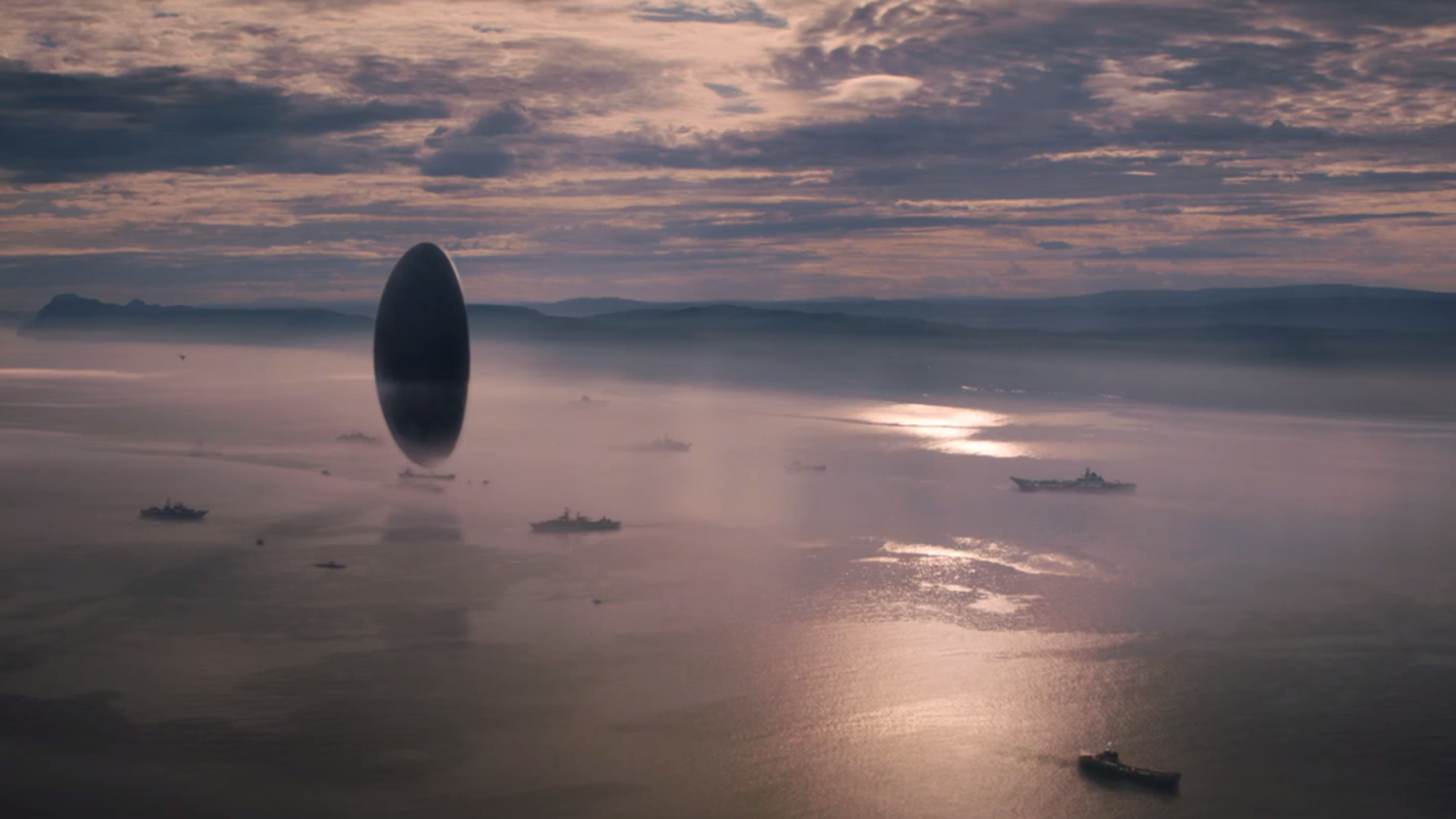 I Embrace it … And I Welcome Every Moment of it

That synopsis will sound familiar for most science fiction fans. It might even lead you to think Arrival is just another alien invasion flick replete with evil extraterrestrials out to blow up the world … or at least the humans who live there. Trust me when I say that Arrival is not one of those films. In fact, the characters in Arrival spend much of the film’s narrative mired in the process of finding a common language with an unknown species to avoid such a scenario. Along the way, Arrival asks a lot of difficult questions about love, loss, faith, fear, consciousness, and of course, language.

Some of those themes are common fodder for films in the sci-fi realm, but few of those films have delved as deeply – or as eloquently – into them as Arrival. While Screenwriter Eric Heisserer is smart enough not to try to answer all of the questions Arrival asks, he still takes those abstract themes and molds them into a densely layered, brainy little thriller. One that unfolds as equal parts academic procedural and hyper-realistic first contact tale. And one that packs a serious emotional wallop.

You can thank Amy Adams for much of the film’s emotional impact. The gifted actor appears in almost every frame of Arrival. And she mines the complex emotional terrain for all it’s worth, bringing an anxious intelligence and calming brevity to the film’s intricate narrative structure. The film’s supporting cast – Jeremy Renner, Forest Whitaker, Mark Stuhlbarg – ably orbit Adams’ Louise with thoughts and feelings and insecurities that lend the tale an emotional and intellectual authenticity.

Director Denis Villeneuve uses that authenticity to draw you into his narrative web … even as that narrative turns over on itself in wildly original ways. He builds on it with special effects that are stunning in both style and simplicity … descriptions that could also be applied to Bradford Young’s effervescent cinematography and Jóhann Jóhannsson’s aurally ambitious original score. The combination of high-style and substance bolsters the anxiety, the emotion, and the unflinching sense of wonder that make Arrival such an engrossing cinematic experience.

Trust me when I say that the less I tell you about that experience the better. To say too much about Arrival‘s story would be to ruin its effect. And Arrival will affect you. Yes, it’s a tricky film, but it’s never a manipulative one. It’s a film that’s packed with big ideas and driven by heady narrative ambition. It’s got more than enough heart to match both. That combination makes Arrival that rarest of sci-fi films where the science, the fiction, the style, and the drama are equal narrative partners. They come together to tell a story of uncommon intelligence and humanity. One that will satisfy hardcore sci-fi fans as much as novices.

You bet. I saw Arrival when it was out in theaters back in November. It got under my skin then, and it’s stayed there in the months since. I was more than happy to plop down another dollar to take the ride a second time. Make no mistake, Arrival is one hell of a ride, both intellectually and emotionally. It’s one of the genuine must-see films from 2016. And it’s an absolute steal for just $0.99, so make sure you see it.