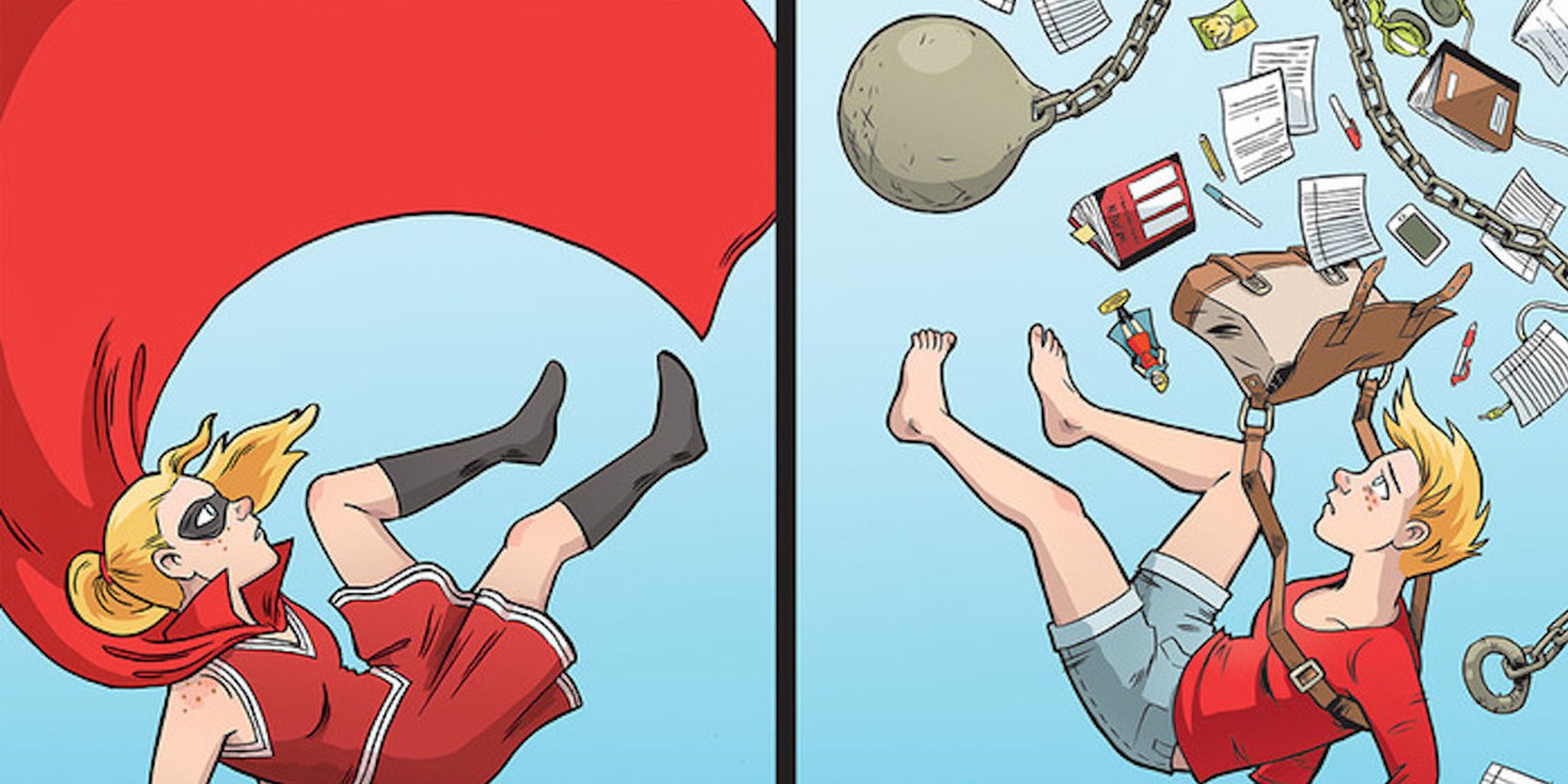 Welcome back to Best Comic I Read, where I talk about the best comic I’ve read every week. We return this week with Strong Female Protagonist, written by Brennan Lee Mulligan with art by Molly Ostertag. This webcomic tells the story of an ex-superhero who has become disillusioned with her inability to truly change the world.

It explores some of the questions asked by a universe where superheroes exist. Why do they fight? Are they doing any good? Alison Greene, the series’ titular SFP, wonders this too. Formerly the world’s most powerful superhero, she’s now a college student with a disdain for her former life. She’s saved the entire world, but she hasn’t caused any sort of widespread systemic change. Heroes keep people alive, but they don’t better them in any way.

The series spends a lot of time dealing with people affected by superheroes, one way or the other. Usually, when these questions are brought up in comics, they’re asked by the same four old British dudes. Usually with some sort of disdain or winking “Aren’t superheroes pretty dumb?” Brennan Lee Mulligan’s writing is completely free of that negativity. It’s critical, but it comes from a place of love and examination of the material, not derision. 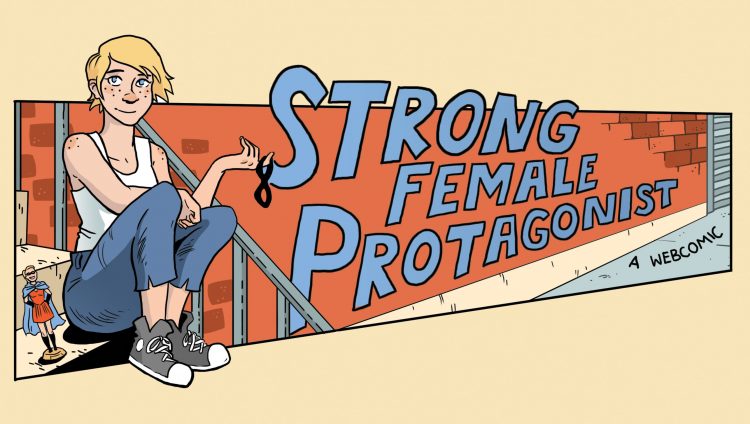 One thing I love about webcomics is that you can see the progression of the artist immediately by clicking back to page one. Ostertag just blossoms over the course of the book. The shading at the end is streets ahead of where it began. It starts stark and becomes much more subtle over time, just as Alison’s views and the story does.

The body language is fantastic. There’s a beautiful sequence where a character watches Looney Tunes for the first time. It’s the most emotional we see the character. It’s possibly the most joyous moment in the whole narrative.

During the same chapter, Feral, a friend of Alison’s with regenerative powers, decides to sacrifice herself to provide organs for people who need transplants. She will be a donor for the rest of her life. Alison, Feral, and a third character argues whether that’s right or even feasible. The tension is palpable and you feel every character’s anger. It’s deeply uncomfortable in the best way.

The fighting part of super heroics isn’t as big a part of the story as it is with your typical capes series, but when it does happen it’s powerful and more effective than some of the mainstream hero books.

I read this as the collected graphic novel version, but it was so good that I went online as soon as I finished it and read like twelve more pages. I read a few webcomics regularly, but it’s not something I considered for “Best Comic” before. Probably because unless it’s a particularly striking strip, I don’t think about them individually. It’s also hard to write 500 words on a single page or strip.

Now, lucky for you, you don’t have to wait for the graphic novel. You can read it right now on the website. And I recommend clearing a few hours this week to sit down and read it all. Alternately, the paperback is on Amazon if you don’t like staring at screens while reading.