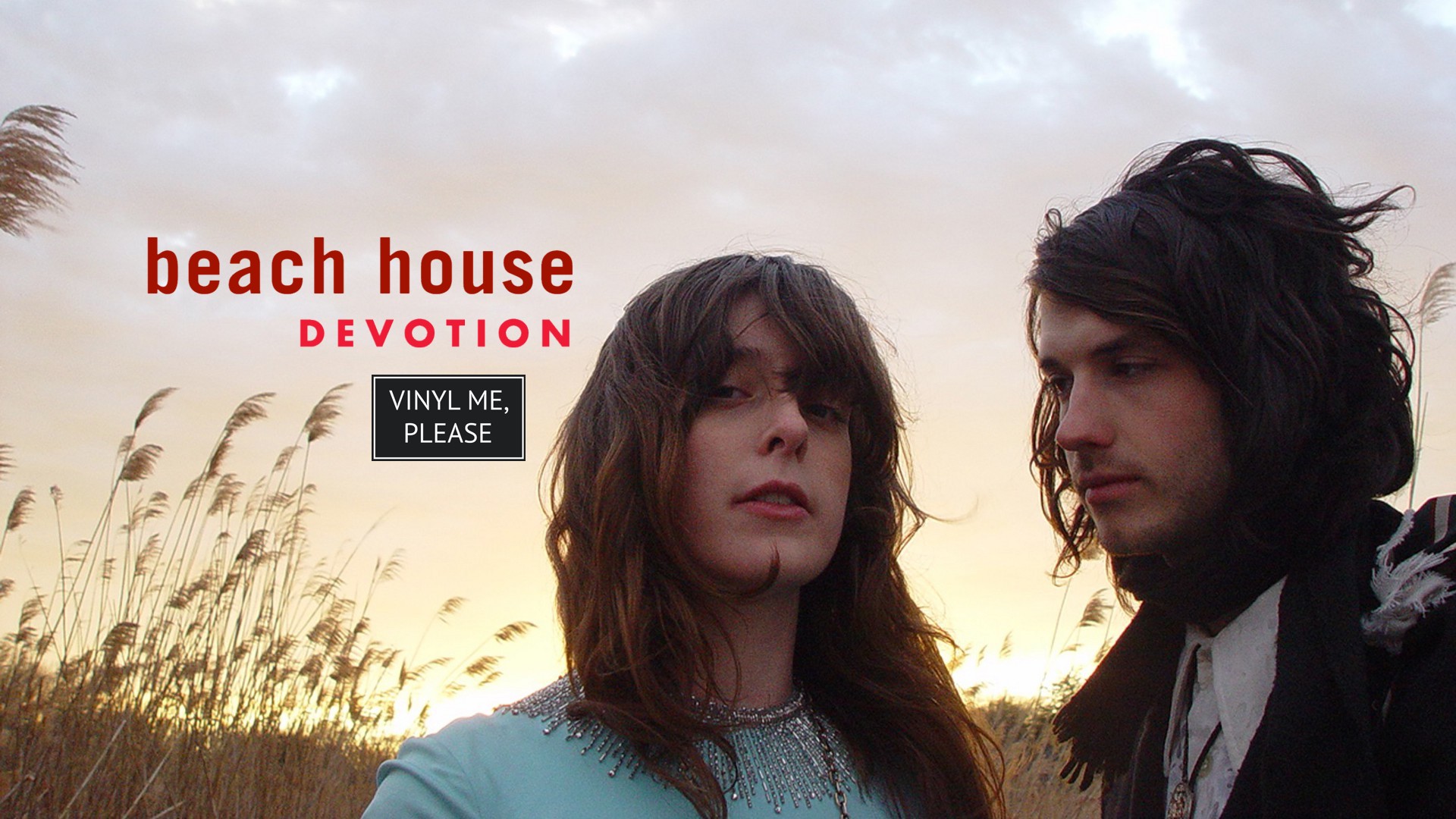 Here’s how it works. You send Vinyl Me, Please some of your hard-earned money (plans start at $25/month) and they send you one meticulously selected album worthy of your time and attention. Easy, right? Each custom pressing (often on colored vinyl!) also comes with special features like original artwork and even a recipe for a companion cocktail. Best of all, you get access to the VMP online store. That means you’ll have a chance to grab a copy of previous VMP selections from the archives – including February’s revelatory re-issue of Ayalew Mesfin’s Hasabe – not to mention a bevy of rare and exclusive releases.

The store is now open. As always, it’s full of must-have releases from artists of all eras and genres. If you’re on the hunt for up-and-coming talent, look no further than the folk-tinged indie rock of Lucy Dacus’ sophomore album Historian. Looking for something a little more mellow? You’ll find all the mellow you can handle in the introspective, freak-folk of Amen Dunes, whose new album Freedom is available on a store exclusive pressing of translucent/teal blob wax (ltd. to 600 copies). If you’re a child of the ’90s, you can take a stone-cold nostalgia trip with a shiny new pressing of The Cranberries classic No Need to Argue, but if you’re looking to drop some coin on something truly unique, you’ll want to have a look at that first-time pressing of David Foster Wallace’s famed 2005 commencement speech to Kenyon College titled This is Water.

There’s more. A lot more. While the store is open to the public, many of the more exciting selections are only available to members, so you’ll have to sign up if you wanna get your mitts on them. If you’re peckish about relinquishing control of your record collection over to complete strangers, know that VMP’s Swaps Program is in full effect. That means you can flip any VMP pick you don’t like for a past AOM that’s a little more your speed. My advice? Don’t overthink it. Do yourself a favor and sign up today.

So, what’s in this month’s box? Get ready to feel all the feels with VMP’s lush, 10th anniversary edition of Beach House’s dreamy classic, Devotion.

Too often, up-and-coming acts put so much time and effort and energy into their debut album, that there’s just not enough left for their second. For that reason, sophomore albums can be a dicey prospect for any band, which may seem a little odd since song writing is often more confident and focused on a band’s second release. What’s missing is often the immediacy that can give a debut record a certain sense of vitality. Couple that with the fact that most bands are still searching to enhance or even alter their sound on their second album, and it’s easy to see how so many second albums go off the rails.

Beach House is one of the few bands that managed to wholly avoid the so-called “sophomore slump.” That has a lot to do with the fact that they seemed to arrive on the scene (with 2006’s dreamy, self-titled debut) as a fully formed band. One that was as confident in their sound as they were in their artistic ambition. As such, when the time came to record Devotion (their 2008 follow-up), Beach House wasn’t searching for their sound, and they certainly weren’t trying to alter it; rather, they were simply refining it.

To listen to Devotion is to hear a band fully embrace who they are. The 11 tracks contained within find Beach House (Victoria Legrand and Alex Scally) building on the folky, exacting dream-pop that made their debut such a rewarding listen. The songs they deliver are more lavish in conception, grander in scope, and more intimate in tone. Unfurling with a savvy mix of ethereal instrumentation, lyrics tinged with an unflinching romantic realism, and a vocal approach that drips with haunted sentimentality, those songs draw you into a world punctuated by muted enchantments and stoic passions.

In Legrand’s own words, that world was forged by, “two dreamers, together in a dream world.” Yes, that world can feel a bit overwhelming, but that’s only because dreams so often are. From one song to the next, Legrand and Scally craft an album that’s both driven by and consumed by unbridled emotionalism. Almost in spite of that dense emotional palette, Devotion still creates a world you’ll readily allow yourself to get lost in.

Devotion essentially marks the moment when Beach House became Beach House. It’s a moment worth celebrating, so why wouldn’t there be a cake and candles?

Ok, let’s get to digging. Before we do, let’s pause and absorb the info on this important little sticker.

As always, you’ll find a little background info about this month’s album, and why it made the cut as AOM.

Don’t forget to check the bottom corner of that insert so you can extend a hearty “thank you” to the VMP staffer who personally packed your disc. Thanks for the love, CH!

Flip that slip over and you’ll find a recipe for Devotion‘s companion cocktail, the Gila. It features Gin, so you should definitely drink one … or five.

Dig a little deeper, and you’ll find this month’s original artwork. We don’t have a clue what it might mean, but damn if it isn’t a bit of a stunner.

And you can find a little info about its creator Luca Venter on the flip-side of that print.

Just FYI – if you’re planning to drop a few bucks in the VMP Store this month, you’ll want to check out this handy little insert before you make any final choices. We can tell you that the limited pressing of Tom Waits’ Closing Time is already sold out. But if you’re feeling adventurous, you really should check out David Byrne’s new album, American Utopia.

Now, before we dig into that sleeve, let’s take a moment to dress this little foil stamp on the back, because Devotion has officially made the cut as a Vinyl Me, Please Essential release. And we couldn’t agree more.

Before you start digging discs out of that gatefold, you’ll want to spend a second with this fold out poster.

Flip that poster over and you’ll find a complete Devotion lyric sheet, so you can sing along with all your favorite Beach House tunes.

What about that disc? They’re calling this golden cloudburst, and it’s positively glorious.

Yes, there’s two of them in there.

And they’re bound to bring a lovely, golden glow to any turntable.

How’s it sound? Like sitting on a beach in the middle of winter, curled up under a blanket with someone special. As the final, golden flares of the sun slowly disappear, you find comfort in the cool of night, and warmth in the embrace of a lover.

Look, the great thing about joining a record club is putting yourself completely at the mercy of strangers and trusting them to deliver an album worthy of your collection. The best part about having a Vinyl Me, Please membership is that they’re so in tune with their members that they almost always deliver on that expectation. While Beach House’s Devotion isn’t the rarest release or riskiest pick Team VMP has ever made, it’s certainly one of the best. We’d like to thank Vinyl Me, Please for helping us listen to this indie masterpiece the way it should be heard, and for making every month another celebration of musical adventure.

A big THANK YOU to our friends at Vinyl Me, Please for sponsoring this subscription. Don’t forget to check out the official Vinyl Me, Please website and sign up to get some choice wax delivered right to your door each month! Can’t wait to see what crunchy treat they send our way for April!