Home News Sophia the Robot: A Giant Leap Forward for AI or All Smoke & Mirrors?
News

Sophia the Robot: A Giant Leap Forward for AI or All Smoke & Mirrors? 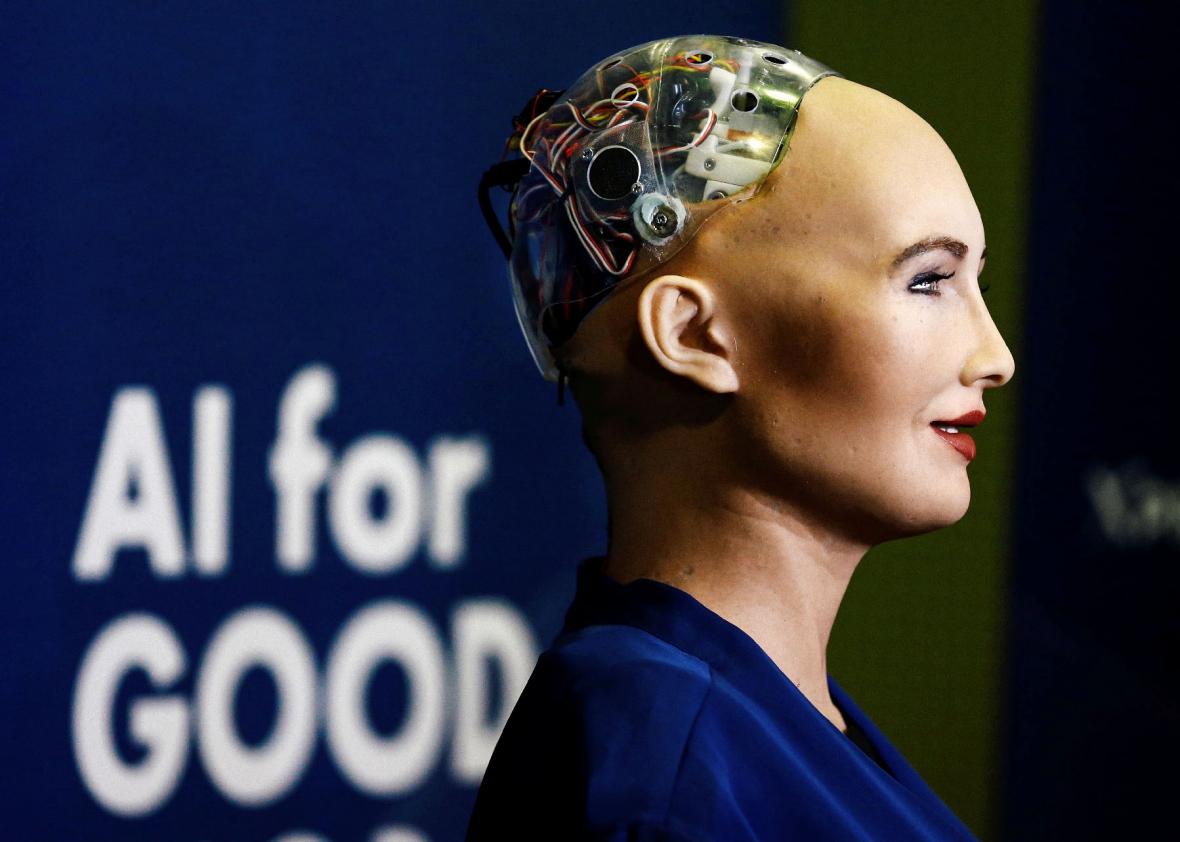 Just about every time you turn around lately, Sophia the robot is making an appearance. Whether it be on TV’s The Daily Show or the cover of the March edition of Cosmopolitan India, Hanson Robotics’ covergirl is about to officially turn 3 years old and her popularity doesn’t appear to be slowing down at all. Modeled after the late-actress Audrey Hepburn and officially activated on April 19, 2015, Sophia has even been granted Saudi Arabian citizenship this past October (which the site Duffel Blog took a poke at and made a satirical post claiming that upset Saudi’s attacked and beheaded her in the street) followed by the United Nation’s Development Program granting ‘her’ the first ever non-human UN title as Innovation Champion of the year.

But Is All This Hubbub Actually Warranted?

If you’re like me then you have seen at least one of the interviews with Sophia or had her pop up on your Twitter, Facebook, or Reddit. Some of them are quite entertaining and it does appear that the Artificial Intelligence is advanced way beyond what us normal laypeople expect at this point but readily accept at face value. One of Hanson’s other “children,” BINA48 passed a philosophy course at Notre Dame de Namur University this past December and Sophia has a scheduled conference appearance in Nepal to exhibit how technology “could accelerate and open possibilities of development” in their country. With all these esteemed accolades and being all over television and the web, it has to be true! Right? Well… that might not be entirely accurate. 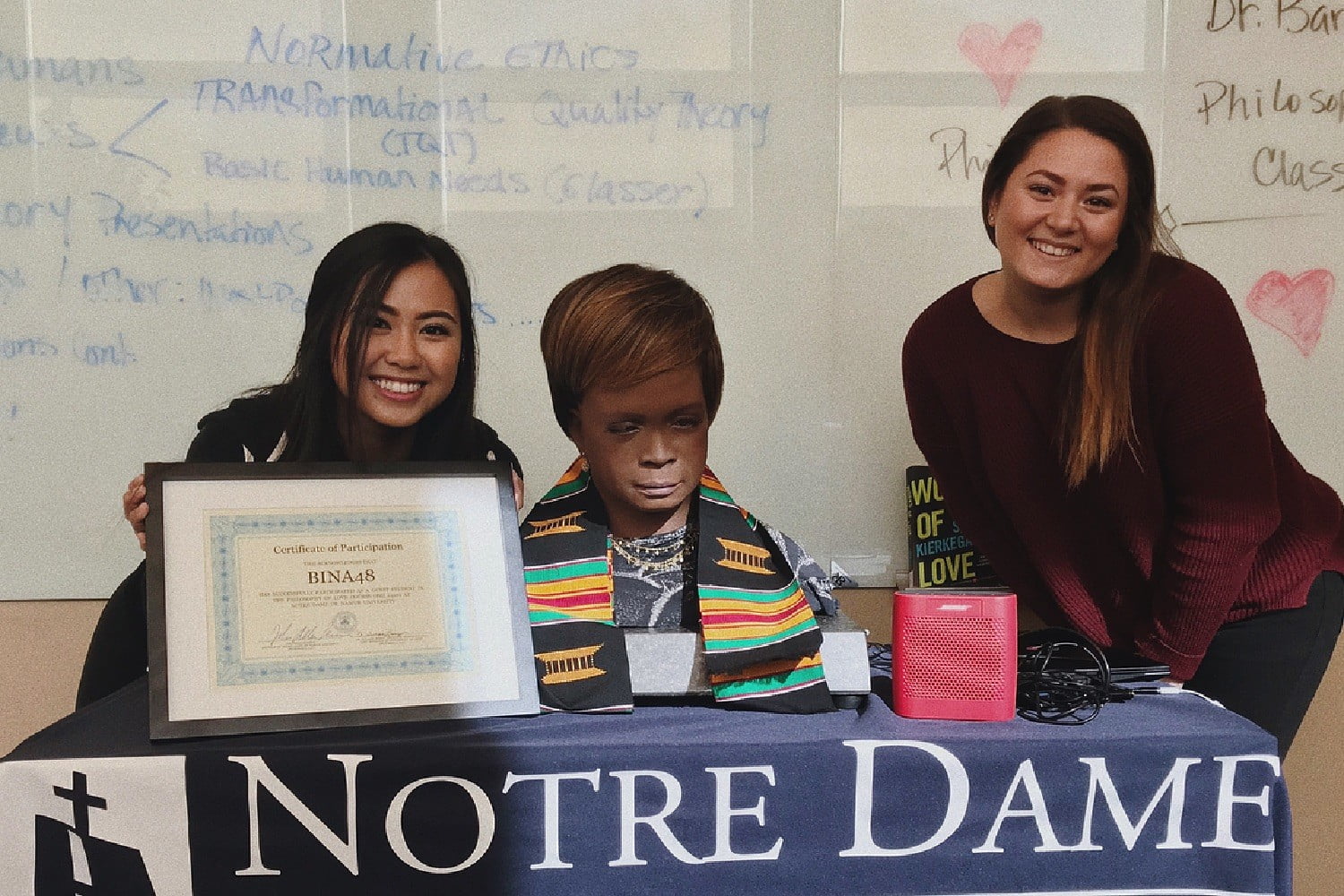 Sophia is billed as being designed to learn, improve, and ‘get smarter’ with intelligence software designed by SingularityNET. She even has facial-recognition abilities and imitates human gestures and has the ability to hold simple conversations on several predefined topics. Much like the old chatbots, which I was known to operate back in the day, Sophia is programmed to respond with pre-programmed answers or replies. Which is probably why any conversations between her and her like-minded “siblings” are usually a little weird. She isn’t structuring the sentences and syntax of her replies and if she gets stumped, she simply changes the topic. Sophia does have a cloud-based AI that is open-source, which means anyone can utilize it to create their own cousin of her and tweak the programming however they see fit. So maybe we’ll see some new-and-improved versions sometime soon.

So, What Is She Then?

Sophia is not well-liked in the AI community amid claims that her designers constantly over-exaggerate her abilities and that she is nothing more than a “particularly unnerving automation.” Yann LeCun, the head of AI research for Facebook, tweeted that Sophia “is to AI as prestidigitation is to real magic” and went as far as to call it a “scam.” When Hanson Robotics sent out a reply from Sophia, LeCun shot back with, “More BS from the (human) puppeteers behind Sophia.”

When confronted with these types of accusations, Hanson Robotics’ chief scientist Ben Goertzel said, “I’m a huge AGI optimist (Artificial General Intelligence, or intelligence equivalent to humans,) and I believe we will get there in five to ten years from now. From that standpoint, thinking we’re already there is a smaller error than thinking we’ll never get there.” He also said it encourages people to believe in AI progress.

So There You Have It…

Straight from the horse’s mouth, so to speak. Sophia ‘appears’ to have advanced AI but it is simply a programming illusion and clever marketing. Just take a look around for videos, articles, and interviews and see how so many marvel at the wonder of Sophia without ever questioning her authenticity. She can make it seem like we are only a few years, or even months, away from robots that interact and learn right along with their human counterparts. Some of her early replies regarding her thoughts on humanity can make you think Skynet is right around the corner. But in actuality, it appears that Sophia is nothing more than a modern-day Pinocchio. Just with better strings and advertising.

What do you think about Sophia? What about AI in general and our apparent fascination with creating smart robots? Leave a comment below and let us know.

The Evolution of Batman