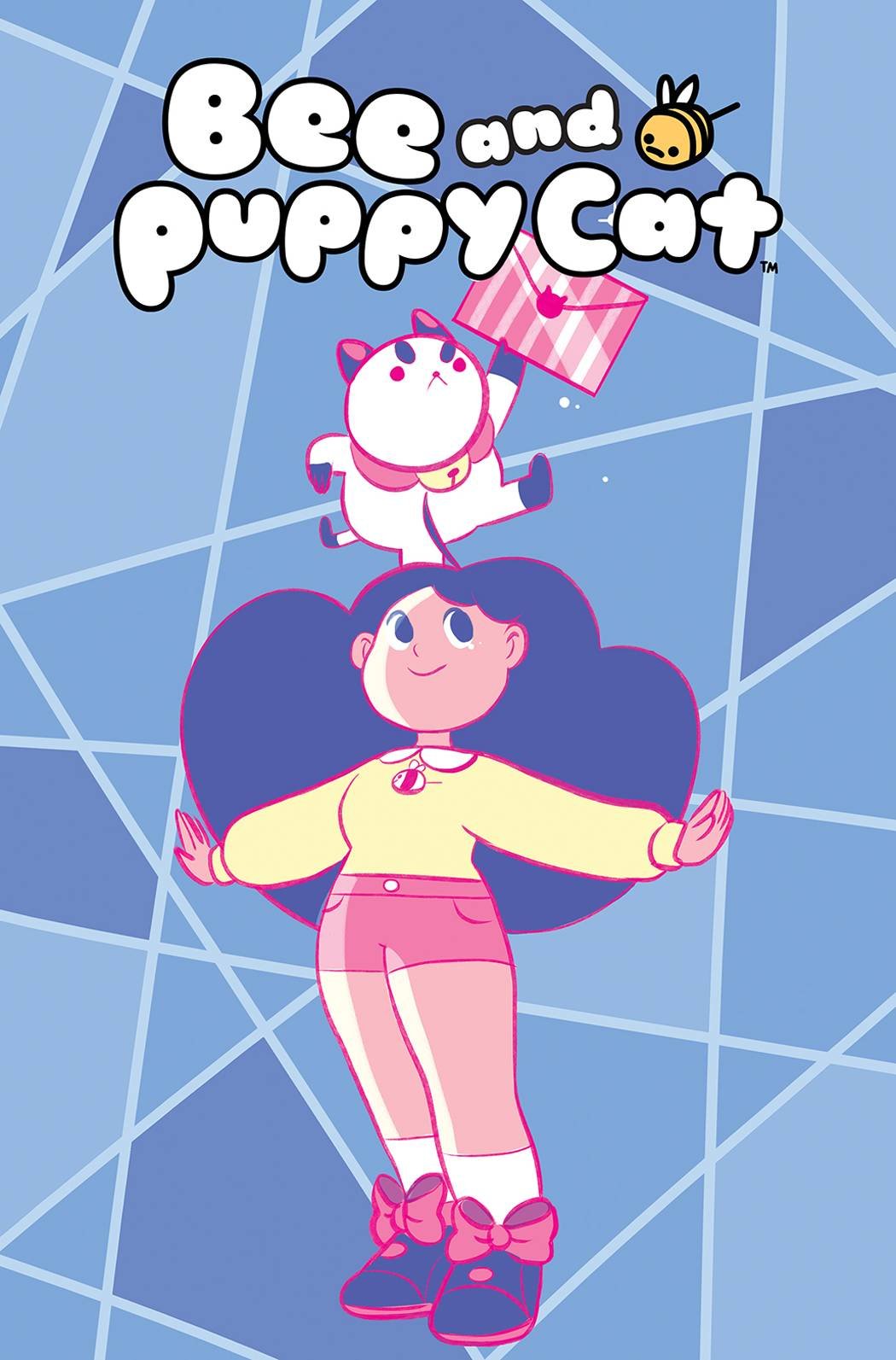 This week’s pick is Bee and PuppyCat Vol 1 by Natasha Allegri, Jackson Garrett, and misc. other writers and artists.

I usually try to pick something I haven’t read for this column, but I hadn’t read this book since the second printing came out in 2015. I reread it on a whim, and I guess I completely forgot everything in it. 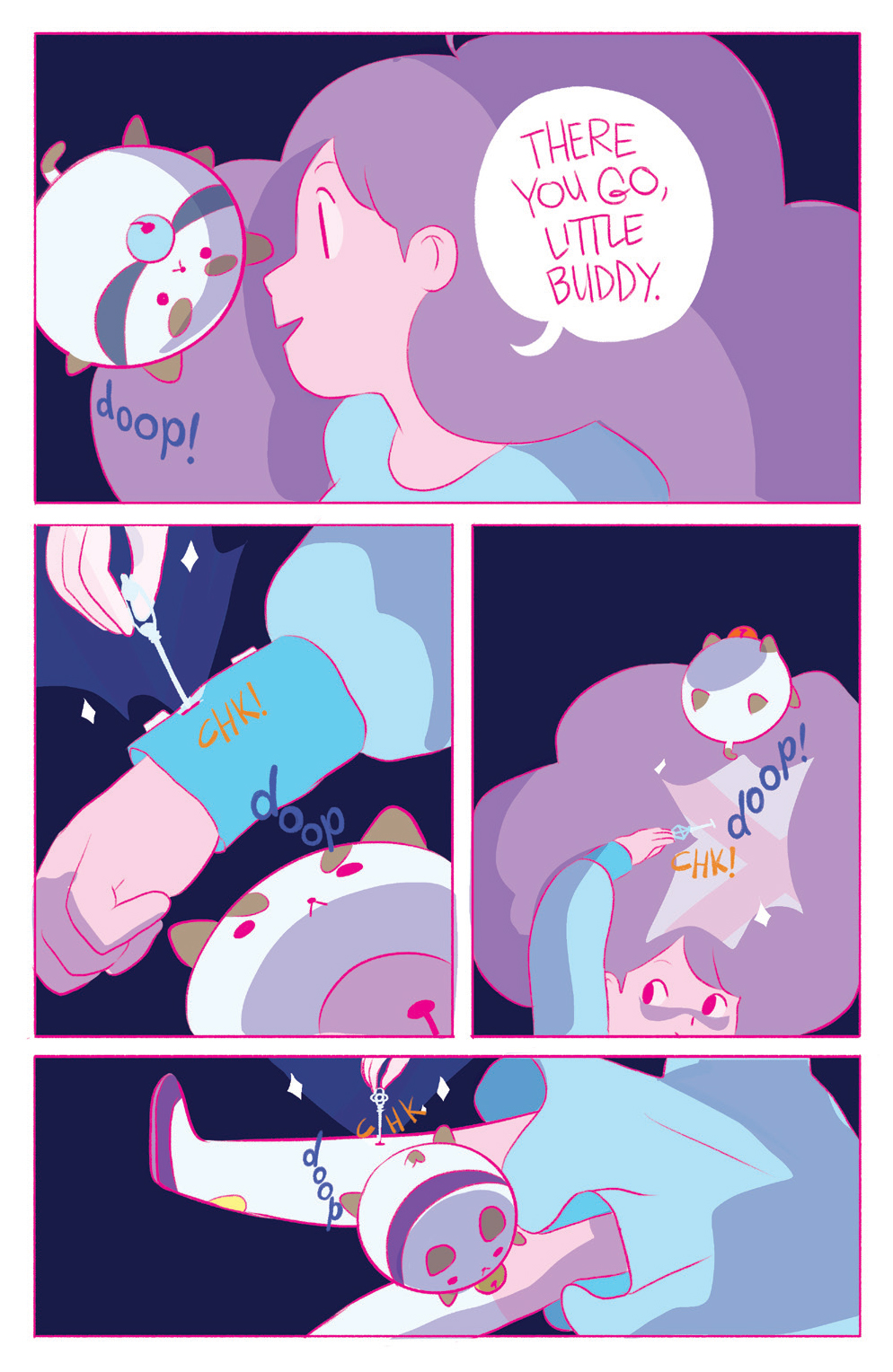 The comic is published by Boom! Studios’ all-ages imprint, KaBoom, which I adore. They’re kinda the go-to for licensed all-ages books because they’re able to turn out well illustrated, smartly written comics that never diverge too far from the properties, but let the characters develop in ways they haven’t in the main cannon. Almost all of the Boom! books I read are from the imprint. The company does a really great job of finding the best talent from areas the big three aren’t even looking at.

The collection is split into three sections. There’s a “main feature” written and drawn by series creator Natasha Allegri (Adventure Time). It’s a fairly straightforward story. Bee gets locked out of her house and decides to go on a job in order to teleport back inside when they’re done. The pair go on a mission to repair magic music boxes that exist inside snow globes in space. There’s a cool bit where you can use QR codes to hear the music. It’s basically an episode of the show, which makes sense.

The bulk of the book is short stories by a bunch of cartoonists. I particularly liked “A Fighting Spirit” by Frank Gibson and Becky Dreistadt. It’s a day in the life of Cass, a character who doesn’t get much spotlight in the show. The comic came out during the show’s lengthy hiatus. It revealed that she was a wrestler, which came back in the final episode of the show.

The other shorts are delightful as well. There’s focus on feelings and slice of life which are 90% of Bee and PuppyCat. The adventures are just ways to see Bee react in weird situations. 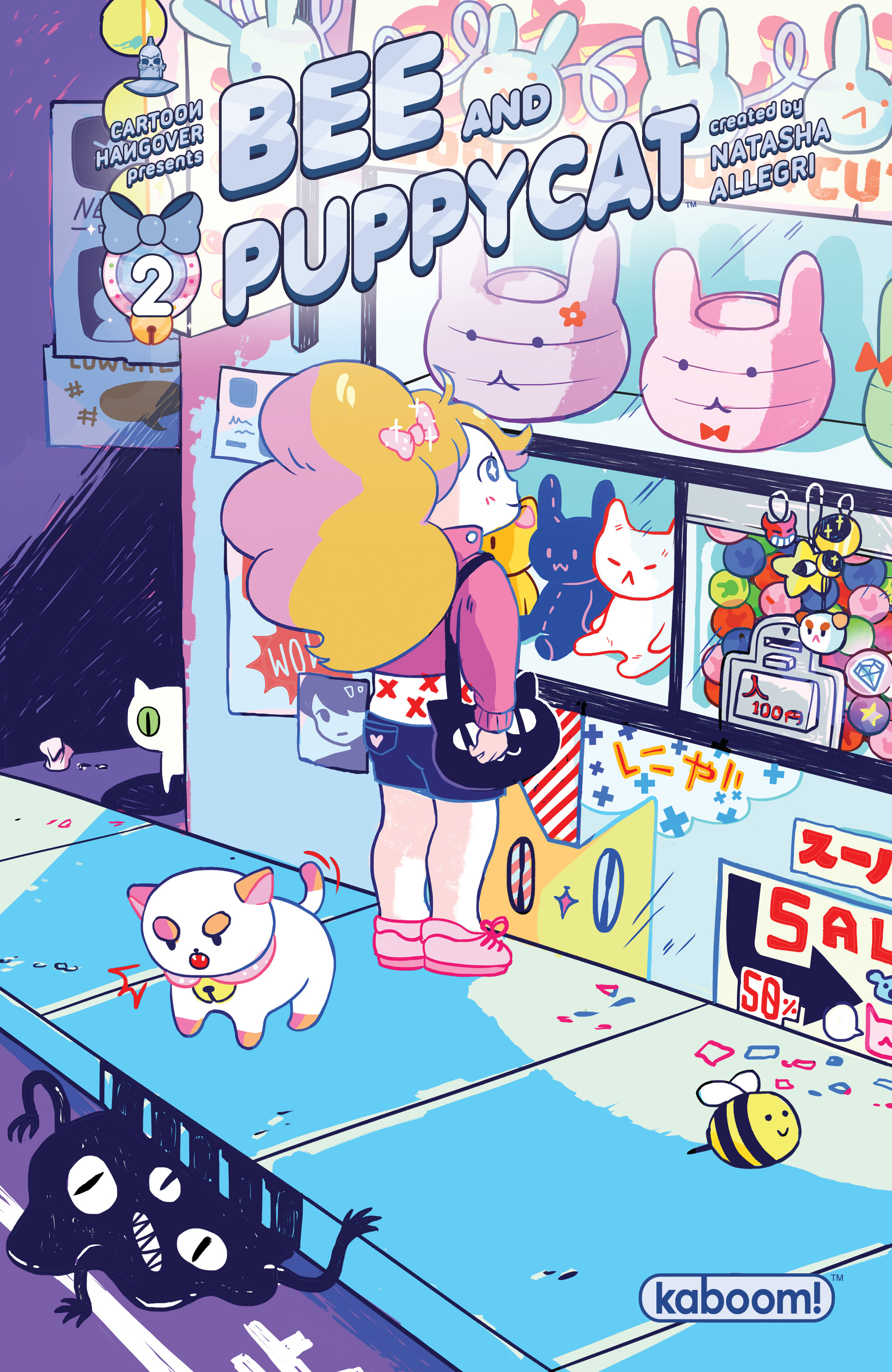 The last section is a cover gallery. There are tons of variant covers with the characters and world rendered by amazing artists. (There’s a cover by Trillian Gunn exclusive to Chicago’s Challengers Comics + Conversations. Hometown shoutout!) It’s great. Except it’s 30 pages long. The book is only 128. Almost a third of the book is the cover gallery.

Which would be fine in an art book or something like the Adventure Time: Eye Candy books, which exist solely to display the variants. When I buy a graphic novel I expect maybe 10 pages of bonus content, not a good chunk of the book.

I’m also aware that I’m not exactly the target audience for this book. Bee and PuppyCat is aimed at the current generation of animation fans, mostly college-age women. The cover gallery is basically made to be shared on Tumblr. And it’s awesome because they make things like this that are so different from anything by the major publishers. The big three should honestly look at targeting this audience more. They make up 40% of the movie audience.

Even with my minor gripes, it’s charming. A delight cover to cover. Bee and PuppyCat is great for fans of the show and of cute things. If you haven’t seen the show, it might not be your bag though. Available in paperback and digital.

How Entrepreneurship and Philanthropy Go Hand-in-hand