Beauty Awoken: A New Take on a Grimm Classic 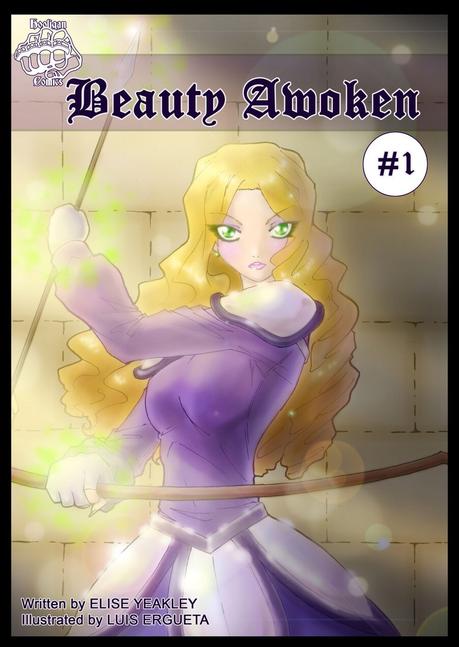 Tis the season for comics and fairy tales, right? Comic book readership has skyrocketed over the last few years, and spin-offs of fairy tales in books and on the big screen have flooded the entertainment biz. It’s no wonder that these two are becoming ever more popular–they’re fun, nostalgic, and emotionally gripping. So, why not combine the two?

That was my initial thought when I came up with the idea to turn my next fairy tale spin-off story into a comic series (my first fairy tale spin-off was a novel I published entitled Forever Fair). After tweaking the story a bit and finding an amazing illustrator that captured how I wanted my story to look, the first issue of Beauty Awoken was born.

Beauty Awoken is a spin-off of the Grimm brothers’ story Briar Rose (a.k.a. Sleeping Beauty). Beauty Awoken begins with devastation plaguing the kingdom of Avantia. They have been at war with a neighboring kingdom, Orydor, for so long that it’s hard to remember how the feud even started. With Avantia’s soldiers dying right and left and the kingdom downward spiraling out of control, the king and queen have to decide what to do in order to save their people. Queen Jacqueline thinks of something, but it’s the last thing she ever wanted to do.

This is where issue one of the series begins. From there, Princess Violet enters the world through sorcery. However, it’s not a “no strings attached” kind of deal, which is ultimately how the young princess gets a cursed placed on her little blonde head. The princess must hide away until after she comes of age to avoid falling into a never-ending death-like sleep.

What’s different about this version of Briar Rose is that once the princess falls into her prophesied sleep, she is transported into a dream world that she must escape. The only thing is, she’s not alone. Born a warrior, Violet now must figure out how to save the hundreds of people in this alternate reality, find out what is going on and where exactly they all are, and how to escape.

If this comic has piqued your interest, support the effort to get the series up and running on its Kickstarter page! You can also learn more about the series and me, the author, on this page as well. Check out the project’s video and feel free to read the first few pages, either at the end of the video or at the bottom of this article.

The first issue of Beauty Awoken is already complete, and issue two is underway. You can stay up to date on the publisher’s Facebook page. If you like action, magic, romance, drama, and girls who kick butt, then this comic is definitely for you!

The Willoughbys is the Animated Feature You May...

4 Things to Do While in Quarantine