Home Internet Augmented Reality: I Have Seen the ‘Ghost’ of Christmas Future, and Boy Is It Cool
Internet

Augmented Reality: I Have Seen the ‘Ghost’ of Christmas Future, and Boy Is It Cool 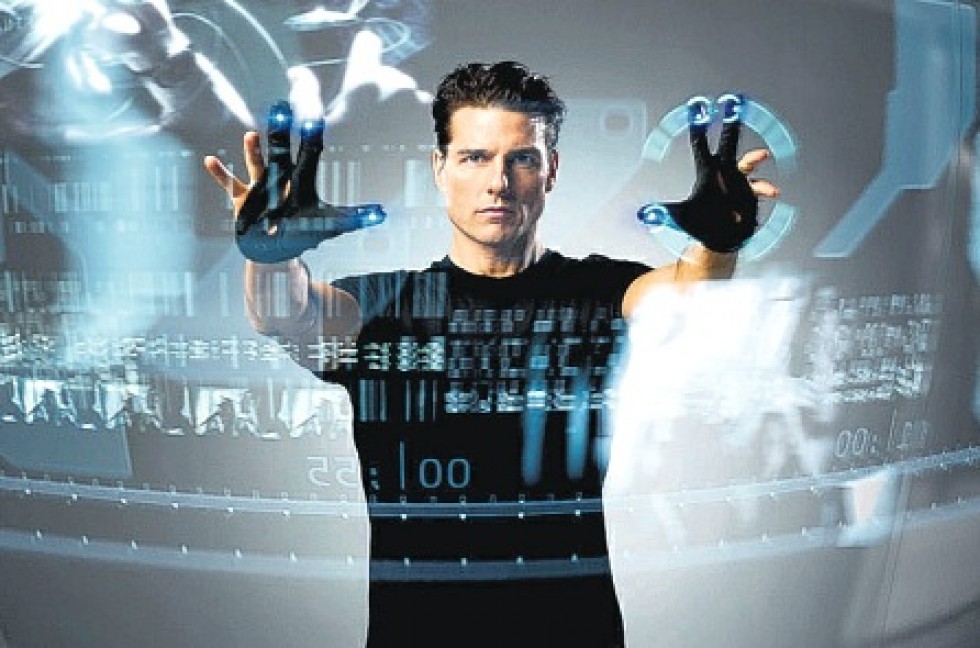 After my article on Samsung’s Relumino Glasses, I had the opportunity to meet with Jean Helfenstein, co-founder of Black Rainbow. Jean is one of the nicest guys I’ve had a chance to speak with and after checking out their upcoming release of Ghost, which is a complete augmented reality solution, I think he may also be one of the coolest.

I was immediately reminded of Tom Cruise in Minority Report, heck I think he did it in Mission Impossible too, or some other movie, but anyway the point is – Ghost makes it possible for you to have those floating computer screens we’ve been dreaming about since.. well since that movie I guess.

Now of course there are several other VR/AR headsets on the market, or soon will be, but after speaking with Jean and watching the demo videos, I think Ghost has them beat hands down. Many of the models available are costly and developer kits will cost you $1500 and up, while early birds can order Ghost for an amazing $79, or you can wait and pick them up for just $99 at launch. Developers can use ARKit/SceneKit, ARCore, and Google VR along with sample codes that will go out when Ghost starts shipping in order to help you get started with iOS, Android, Unity, and WebXR. That itself is amazing, but once you learn all the cool features that this thing is going to have, the price and developer access just becomes exponentially better.

Since it’s powered by your Smartphone or tablet and has OLED display up to 538ppi with Pixel XL and Pixel XL 2, the potential for Ghost seem almost endless. Jean told me that excitement is growing and he is already receiving inquires from big name companies for some bulk purchases.

The 3D viewer is another really cool feature. Just like in countless movies, Ghost allows you to view a 3D model right on your display, floating magically in front of you. Jean was quick to let me know that multiple users can view the same data which again made me ponder the endless possibilities for this as a teaching aid, meeting enhancement, and possibly even utilized for training on intricate medical procedures. Not to mention just making your next prototype mockup look super cool.

The theater demo above is another one I know I’d get a lot of use out of. You can take movies from your laptop or phone and play them directly on your Ghost. Not only that, again Jean was happy to point out that you and anyone else with the headset can enjoy the same presentation at the same time. No more pausing the movie for a bathroom break. Just take the movie with you and let it keep playing.

As I mentioned earlier, you can get in on the early bird price of $79 and if you’re interested, just head over to the website and find your way to the indigogo page. Jean said baring any unforeseen delays, the product will ship to early birds in time for Christmas, but if you miss out on the preorder, you could have to wait a few weeks. Especially if initial demand is as high as it very well could be.

I’m seeing quite a bit of buzz around this one and I really think there is good reason. Not focusing on the gaming side of AR/VR and widening their audience base to include just about everyone, along with that unbeatable price tag, are all major positives in Ghost’s favor. It’s designed to work with a variety of smartphones and their camera locations and get this: Jean and crew are planning on offering discounts when you buy in bulk orders of 2/5/10 units and up, saving more money with higher order placements.

Ghost is Going to Come With a Clicker. What?!

Jean advised that they will be having some new demo videos posted soon and he promised to shoot me a note so that I can pass it on to you all, but he also let me in on a little secret. Ghost is going to come with a “clicker” for use with the 3D Viewer that will interact with your phone or tablet, allowing you to interact with the model without having to have hands on the phone or tablet.

How freakin cool is that? And that’s just the first version. Can you imagine what the guys at Black Rainbow and their partners at Fades to Nothing are going to come up with once this giant ball gets rolling? Jean, think how cool it would be to use gloves to interact with the 3D models a la Minority Report.

Ghost is going to open the door for many more users to utilize and enjoy AR simply because it is powered by your smartphone with Apps designed to create an accessible solution for augmented reality. With the fantastic features already set to be an initial part of Ghost and developers still getting to tweak their special additions for apps in the near future, it will be seriously interesting to see how ghost expands from here.

Check out the full demo video below, visit ibelieveinghost.com to set your order, and watch Geek Insider for the latest news on Ghost and other exciting upcoming launches. What features of Ghost are you most excited about? Got another unique tech that you think I should check out? Leave a comment below or follow/message me @funewsalert and let us know.

Kawaii Pixels Shop Owner Tells Us About Her Cute Creations

The Most Memorable, Ridiculous and Awesome Moments from the Marvel Cinematic Universe: Phase Three