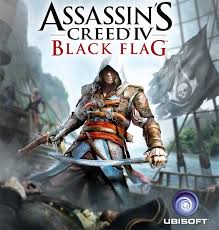 The original Assassin’s Creed, released way back in 2007, was a brilliant game in many ways. The ability to run, jump and climb your way around the sprawling medieval cities was a design element that I had never seen in a game before. The story was interesting too, and jumped between The Holy Land during the time of the Third Crusade, and a near future setting.  Without a doubt the game had its faults, but it was exceptional none-the-less.

Assassin’s Creed 2, released in 2009, carried on the precedent set by its predecessor. No longer was the game set in medieval Arabia but renaissance Italy. The cities featured – Rome, Florence and Venice; which were beautifully created and a joy to explore. The game’s confident, cocksure protagonist, Ezio Auditore da Firenze, was a strong and likeable lead. The introduction of some variation to missions, and a stronger combat mechanic went a long way in ironing out some of the faults of the first game.

From Past to Present: Assassin’s Creed I – IV

Since then the franchise somewhat lost its way. Ubisoft, realizing what a cash-cow they had on their books, dropped two further games in quick succession; Brotherhood and Revelations, released in 2010 and 2011 respectively.

Not too mention the uncountable number of spin-off’s that featured on handheld devices. These games weren’t bad exactly, but you got the feeling they were milking it a little. The same amount of story could have quite easily been told with a couple of expansion packs. It didn’t really justify two stand alone titles. The series had become victim of its own success.

The hype began again when Assassin’s Creed 3 was announced. Assassin’s Creed 3 was supposed to be the definitive Assassin’s Creed game – full of red coat killing and freedom fighting and … trees. You could now climb trees. I suppose Ubisoft reckoned on another trilogy based on the new protagonist – Connor. Except Connor was probably the most un-likeable character in game history. Ever. Honourable and humble Connor had none of the charm of previous assassins. Haytham Kenway, who you played as for the first hour or so of the game was full of bravado, arrogance and general awesomeness that made Connor seem … well, bland, in comparison. On top of that, Assassin’s Creed 3 was riddled with glitches and bugs and so packed with features that none of them seemed properly fleshed out and all of them seemed trivial.

And so here we are, with the announcement of Assassins Creed 4: Black Flag. And the hype has begun all over again. But is Assassins Creed 4 really the game to right the ailing franchise? It does look interesting and seems a rather significant step away from the rest of the series. With a focus on sea-faring pirating, exploring the open waters and such like. This is a promising direction as one of the best features of  ACIII was its naval missions. A deepening of this mechanic is something to look forward too.

You play Edward Kenway, a swashbuckling pirate-assassin. Pirate-assassins? That sounds cool. Based on the reveal trailer, Kenway looks a far more interesting protagonist then Connor. There is something about his arrogance, and his swagger that harks back to Ezio. This is a return to the lovable rogue-type character we are used to playing in Assassin’s Creed games. And a return I wholly commend.

Ubisoft also claim that Assassins Creed 4, based in the West Indies, will feature over 40 locals to visit and explore. I have my worries about this. Assassin’s Creed has never been known for its exploration, nor was it ever one of the franchises strengths. Exploring the ‘wilderness’ in ACIII was tedious to say the least.

Assassin’s Creed 4 has so far been confirmed for release on the PS4 and Xbox 360 on 1 November, but Ubisoft have also confirmed that the game will feature on next-gen consoles. What this will mean in terms of graphics remains to be seen, but I hope for rather significant improvements on the new machines.

The announcement of a new Assassin’s Creed game is big news in the gaming industry. I just hope that with Assassin’s Creed 4, Ubisoft can go someway to recapturing the magic of the earlier titles. For now, I will do the best I can to ignore the hype and marketing that inevitably surround any Assassin’s Creed game. Although judging by Ubisoft’s past campaigns, that’ll be easier said than done.