Welcome back to Geeks Anonymous: The recap of the week. Remember to tweet your topics and comments to @GeekMagazines on twitter with the hashtag #GeeksAnonymous. This week has definitely been a week for innovation. I won’t mention the recent uproar about Google Glass because I’ve spoken about it many times before but the public seems to be very excited for the expensive release.

We are pleased to welcome the Galaxy Note 8.0 to our meeting and we can’t forget the eager gamers who are foaming at the mouth waiting for the debut of PlayStation 4 (*wipes mouth). I’d like to think they are worthy of our review by our self-proclaimed panel of judges.

The newly released tablet was shown at the MWC in Barcelona before being covered all over the digital world, and rightfully so. I’ll continue to be a tech addict if Samsung continues to supply the drug, at high quality I might add. The Galaxy Note 8.0 uses a Pen stylus that works with an Air View feature. This update allows users to open previews on the tablet by just hovering over the screen.

Certain apps are beginning to follow protocol and create apps that implement Air View. I think the feature is pretty useful, I may lose the pen but other than that I’m positive it is a great experience. 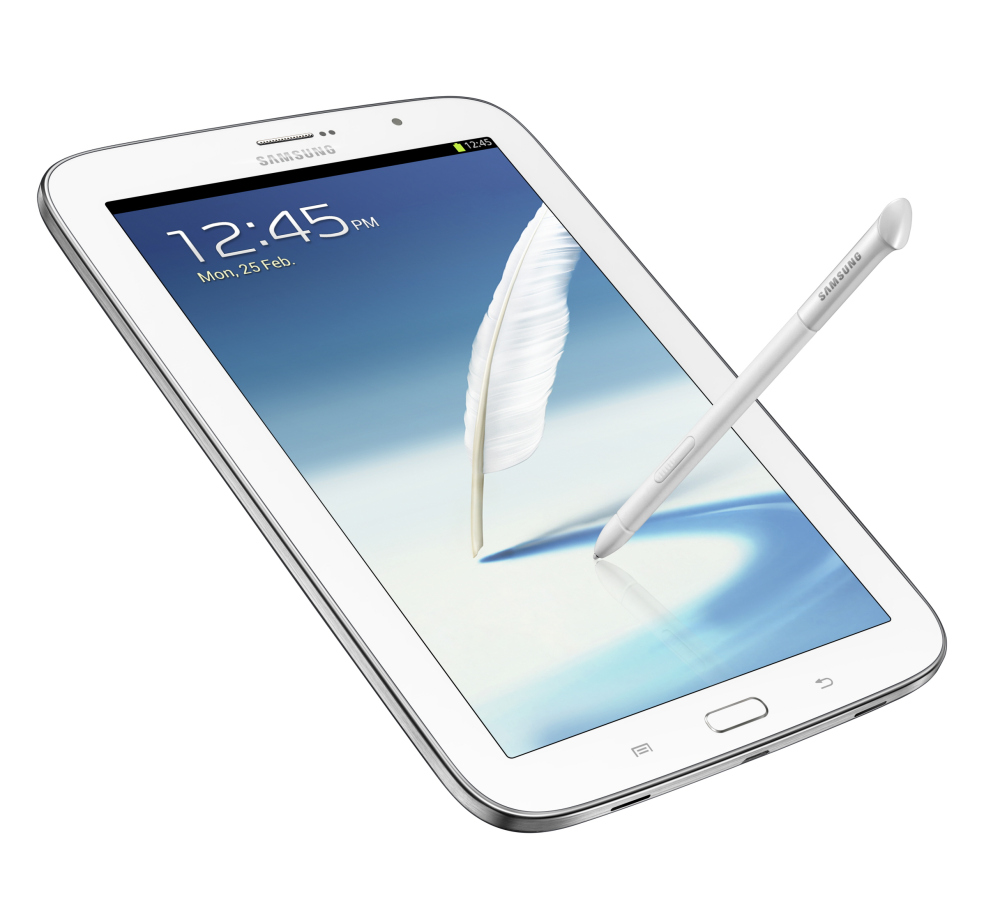 The device has been designed for productivity more than anything and follows the theme of the iPad mini – it is larger than a smartphone but portable enough to bring around almost any business environment. Samsung has created a challenging competitor in the tablet race, if they aren’t winning already.

Play Your Heart Out

With word from my friend Mohseen, PS4 will house an 8-core AMD sitting next to 8GB of central memory. Don’t forget the Blu-ray capabilities, HDMI, Wi-Fi, and an implemented headset for the trash talk you hardcore players indulge in.

ration of this system is just as impressive. Players will be able to record and upload their own game sessions. Most might find entertaining that they can also watch other players play in session. Finally, completely unlike years before, players can join ongoing game sessions.

Pick up your jaws, the system won’t release for a little while, until then continue your gadget molestation and constant trolling. I’ll check in next week with #GeeksAnonymous.